IEEE.orgIEEE Xplore Digital LibraryIEEE StandardsMore Sites
Sign InJoin IEEE
What You Need to Know About Charging Before You Buy an EV
Share
FOR THE TECHNOLOGY INSIDER
Explore by topic
AerospaceArtificial IntelligenceBiomedicalComputingConsumer ElectronicsEnergyHistory of TechnologyRoboticsSemiconductorsSensorsTelecommunicationsTransportation
FOR THE TECHNOLOGY INSIDER

Unlike gasoline- or diesel-powered vehicles, there are several ways to charge EVs 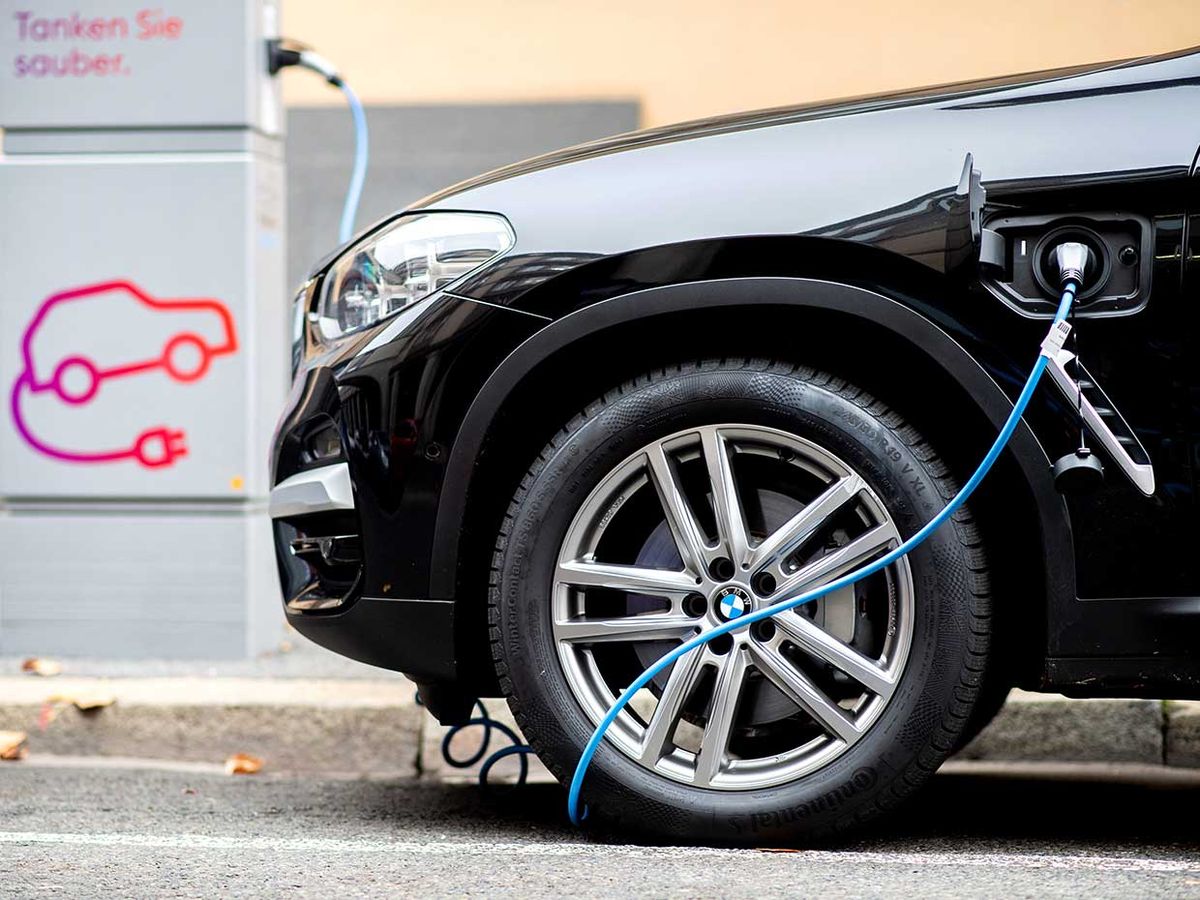 One of the first questions people ask about electric cars is usually, “Where can I charge it?"

The answer is most often, “Wherever you park your car." A 2013 study by Carnegie Mellon University researchers calculated that 79 percent of U.S. households have dedicated off-street parking for at least some of their vehicles, almost always within a few meters of an electric supply that will provide for overnight recharging (circumstances vary in other countries). Electric-vehicle drivers quickly learn to plug in their electric cars after the last journey of the day.

In fact, the data show about 80 percent of the total distance covered by EVs in the United States comes from such home recharging. Those who live in apartment buildings or condos, don't have off-street parking, or can't count on using the same dedicated space each night face greater challenges.

For the moment, it's easiest to drive an EV if you have dedicated parking. These are the basics of how, where, and when recharging an EV's battery happens.

Q: How do I charge an electric car?

A: Every EV has what's called a charging port, usually behind a small door in a fender that looks like the door on a gasoline or diesel-fuel filler. Sometimes the charge port is at the front or rear of the vehicle. Regardless of where it is, that's where you plug in the charging cable.

The process is simple: Open the charge-port door, uncover the port if needed (some have plastic covers, some don't), plug in the charging cable, and wait for the light to go on to show the car is starting to charge. You may hear a click or a thunk from the station, the car, or both. Then just walk away.

Q: Are all charging stations the same?

A: No. This is where it gets a little complicated. There are two types of EV charging: AC and DC fast charging. (Charging stations are technically known as EVSEs, for Electric Vehicle Supply Equipment, but virtually no one calls them that.)

Q: What are the options for charging my EV at home or at work?

In North America, AC charging operates at either 120 volts (“Level 1") or 240 volts (“Level 2"); other countries vary depending on their electrical standards. Every EV comes with a portable charging cord (often stored under the floor of the trunk) that allows basic charging. North American Level 1 charging adds 3 to 8 kilometers (2 to 5 miles) of range for every hour the car is plugged in.

Another Level 2 alternative is a portable charging cord that operates on both voltages—and these cords are becoming more common in the latest EVs. They come with different “pigtails" that plug into the charging unit to allow it to use different outlets. In North America, that's a standard 3-prong 120-V household outlet or a NEMA 14-50 socket (most commonly) for 240-V charging.

Q: But what about road trips?

A: This is where the second type of charging, called DC fast charging, comes in. It uses direct current and much higher power, but is most often used during road trips that exceed the EV's battery range. Note that fast charging charges a car's battery only to 80 percent of capacity—that last 20 percent takes much longer, just as it does in a cellphone.

DC fast charging may also be used by owners who aren't able to charge overnight where they live or don't have a dedicated parking spot. But DC fast charging requires significant electrical power, so it's almost always at dedicated charging sites, not in residential buildings or workplace parking lots.

DC fast charging rates today vary from 24 kW to as much as 350 kW. Newly designed EVs usually fast-charge at 100 to 125 kW. Under certain circumstances, they may briefly charge as fast as 150 kW. Depending on charging speed, this can add 290 or more kilometers in 30 to 45 minutes.

But those rates require both a charging station that can provide that current and a car that can accept it. Older EVs are often limited to 50-kW fast charging, and some of the oldest DC charging stations provide only 24 kW or 50 kW.

A small handful of cars charge at higher rates yet. The Porsche Taycan, for instance, has an 800-V battery pack that can accept up to 270 kW (most EVs have batteries that operate at 400 volts). The higher rates are coming on strong, with future EVs from GM, Hyundai, Kia, and others capable of charging at 250 to 350 kW. This may add 320 km in as little as 18 or 20 minutes.

Q: Do all charging stations work for all EVs?

A: Sadly, no. For AC charging in North America, all vehicles except the Tesla use a standard connector (known as an SAE J-1772), and every Tesla comes with a converter that a driver can add to a J-1772 station cord to plug it into the Tesla's receptacle.

DC fast charging is more complex. Going forward, there will be essentially two options: Tesla's Supercharger system, and what's called the Combined Charging System, or CCS. The Supercharger system works only with Teslas (at 125 to 250 kW), while CCS (at 50 to 350 kW) is the fast-charging standard that will be fitted to all other newly introduced EVs sold in North America.

In Japan, there's a third option, with another connector, called CHAdeMO. It's the system used by more than 148,000 Nissan Leafs sold in North America from 2011 through 2021. But Nissan has said future EVs sold by the brand in North America will use CCS, and the vast majority of CHAdeMO fast-charging stations and cars max out at 50 kW—slower than newer CCS stations and cars.

Q: How do I find charging stations?

A: Recent electric cars have charging locations built into their navigation systems. Starting with the Tesla Model S almost 10 years ago, the driver enters a destination into the system, and the car determines the optimal route, directing the driver to appropriate charging stations along the way. Some cars even specify just how many minutes of charging is required to get enough juice to reach the destination, ensuring the driver doesn't spend more time than necessary sitting at a charging station.

Several phone apps also map charging sites, and let users filter them by connector and charging speeds (Level 2 AC charging versus, say, DC fast charging using the CCS connector). Individual charging networks (for example, ChargePoint, Electrify America, EVgo, Shell Greenlots) each have their own apps, but most drivers use apps (such as Plugshare or Chargeway) that include all networks and charge sites. Those apps allow the same kind of route planning, although they're not as integrated as the EV navigation systems that know the battery's state of charge at all points and can optimize routing to the vehicle in real time.

Q: Does this work the same in different countries? Can I take my EV from, say, Canada to Norway?

A: Unfortunately not. Of the three largest EV markets, North America has one set of standards, Europe has a slightly different version of the CCS socket and connector, and China has entirely different standards of its own. On the other hand, how often do you ship your car overseas to drive it?

John Voelcker is the former editor of Green Car Reports. As well as regularly contributing to IEEE Spectrum he has covered auto technologies and energy policy for numerous outlets, including Wired and Popular Science.