There's no wear and tear—and no rare earths, either 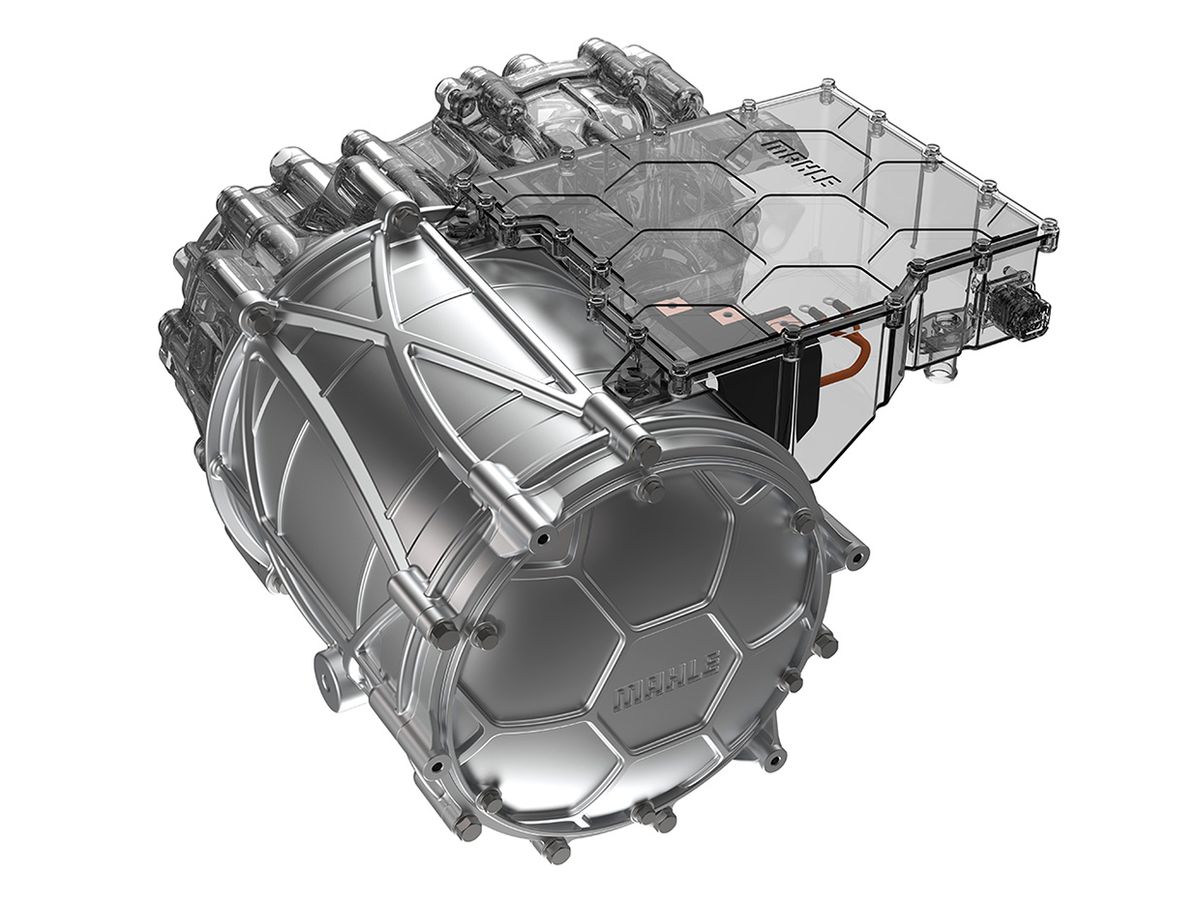 These alternative motors turn the rotor using electromagnetic force alone; we’ve covered more than one such motor recently. One problem: Designs that put copper windings in the rotor have to transmit electricity to a moving target, and the point of contact—the slip ring—is subject to wear and tear.

Today Mahle, a German auto parts company, unveiled a motor that’s free of both rare earths and of physical contact. Power is beamed into the rotor wirelessly, through induction, by a coil carrying alternating current. This induces a current in the receiving electrode, inside the rotor, which energizes the copper windings there to produce an electromagnetic field.

That means there’s practically nothing that can wear out. “There are no contacts to transmit electricity, no abrasion, no dust formation, no mechanical wear,” Martin Berger, Mahle’s head of research, said Wednesday, in an online press conference. “Also I have to say, if one must service a non-magnetized rotor, it’s not difficult to exchange the rotor.”

It may seem strange to try to minimize wear and tear in electric motors, seeing as they are already famed for their simplicity and durability. Unlike internal-combustion engines, electric motors have practically no moving parts, and they are fairly easy to take apart and put back together. Perhaps Mahle’s engineers got the idea from their longstanding work in wireless charging technology. Maybe the contact-free rotor design provides advantages beyond mere durability.

The rotor is supplied with energy via an alternating field, which is then converted into direct current for the electromagnetic coils. Image: Mahle

Berger says the new motor combines the best points of several motor designs, for instance by offering good efficiency at both low and high torque. Overall, the company asserts, the motor achieves at least 95 percent efficiency in typical EV use and tops 96 percent efficiency at many operating points. A release from Mahle says that no EV except for Formula E racing cars has done better.

The machine can easily be scaled up from use in subcompact cars up to small trucks, Berger says. However, it isn't ideal for ultracompact vehicles, such as e-bikes, or for large trucks that generally operate at a constant load.

“Very fast or heavy vehicles would need a transmission,” he adds. “But for the majority of application cases, passenger cars for example, one gear is enough.”

Mahle doesn’t say which companies are interested in the new motor, only that samples are already being delivered and that mass production is about two-and-a-half years away.