An Inconvenient Truth About AI

We are well into the third wave of major investment in artificial intelligence. So it's a fine time to take a historical perspective on the current success of AI. In the 1960s, the early AI researchers often breathlessly predicted that human-level intelligent machines were only 10 years away. That form of AI was based on logical reasoning with symbols, and was carried out with what today seem like ludicrously slow digital computers. Those same researchers considered and rejected neural networks.

This article is part of our special report on AI, “The Great AI Reckoning.”

In the 1980s, AI's second age was based on two technologies: rule-based expert systems—a more heuristic form of symbol-based logical reasoning—and a resurgence in neural networks triggered by the emergence of new training algorithms. Again, there were breathless predictions about the end of human dominance in intelligence.

The third and current age of AI arose during the early 2000s with new symbolic-reasoning systems based on algorithms capable of solving a class of problems called 3SAT and with another advance called simultaneous localization and mapping. SLAM is a technique for building maps incrementally as a robot moves around in the world.

In the early 2010s, this wave gathered powerful new momentum with the rise of neural networks learning from massive data sets. It soon turned into a tsunami of promise, hype, and profitable applications.

Regardless of what you might think about AI, the reality is that just about every successful deployment has either one of two expedients: It has a person somewhere in the loop, or the cost of failure, should the system blunder, is very low. In 2002, iRobot, a company that I cofounded, introduced the first mass-market autonomous home-cleaning robot, the Roomba, at a price that severely constricted how much AI we could endow it with. The limited AI wasn't a problem, though. Our worst failure scenarios had the Roomba missing a patch of floor and failing to pick up a dustball.

That same year we started deploying the first of thousands of robots in Afghanistan and then Iraq to be used to help troops disable improvised explosive devices. Failures there could kill someone, so there was always a human in the loop giving supervisory commands to the AI systems on the robot.

These days AI systems autonomously decide what advertisements to show us on our Web pages. Stupidly chosen ads are not a big deal; in fact they are plentiful. Likewise search engines, also powered by AI, show us a list of choices so that we can skip over their mistakes with just a glance. On dating sites, AI systems choose who we see, but fortunately those sites are not arranging our marriages without us having a say in it.

So far the only self-driving systems deployed on production automobiles, no matter what the marketing people may say, are all Level 2. These systems require a human driver to keep their hands on the wheel and to stay attentive at all times so that they can take over immediately if the system is making a mistake. And there have already been fatal consequences when people were not paying attention.

Just about every successful deployment of AI has either one of two expedients: It has a person somewhere in the loop, or the cost of failure, should the system blunder, is very low.

These haven't been the only terrible failures of AI systems when no person was in the loop. For example, people have been wrongly arrested based on face-recognition technology that works poorly on racial minorities, making mistakes that no attentive human would make.

Sometimes we are in the loop even when the consequences of failure aren't dire. AI systems power the speech and language understanding of our smart speakers and the entertainment and navigation systems in our cars. We, the consumers, soon adapt our language to each such AI agent, quickly learning what they can and can't understand, in much the same way as we might with our children and elderly parents. The AI agents are cleverly designed to give us just enough feedback on what they've heard us say without getting too tedious, while letting us know about anything important that may need to be corrected. Here, we, the users, are the people in the loop. The ghost in the machine, if you will.

Ask not what your AI system can do for you, but instead what it has tricked you into doing for it.

This article appears in the October 2021 print issue as "A Human in the Loop." 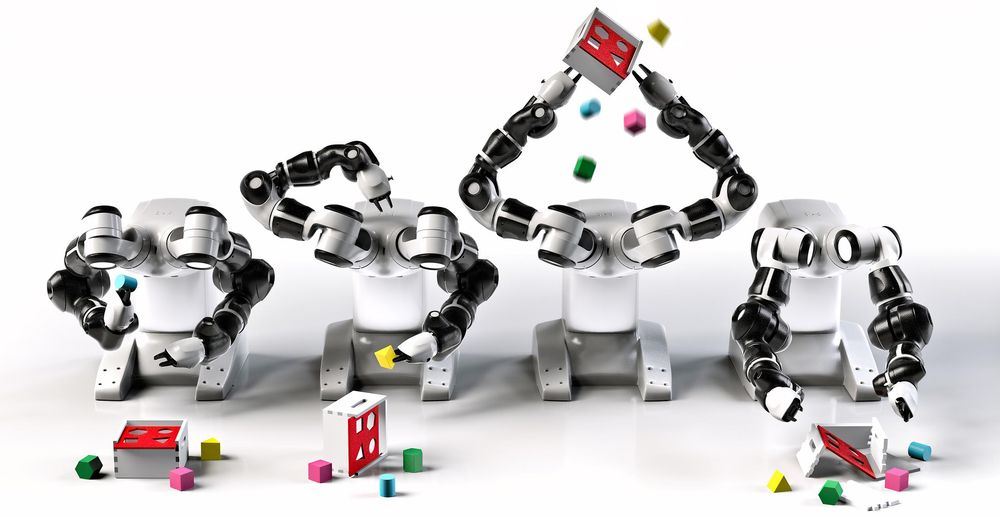 Or see the full report for more articles on the future of AI.

Rodney Brooks is the Panasonic Professor of Robotics (emeritus) at MIT, where he was director of the AI Lab and then CSAIL. He has been cofounder of iRobot, Rethink Robotics, and Robust AI, where he is currently CTO.

AI is something that Inspired by Nature and

his service through Careful observation and hard work.

Man or Woman will be

always in the Control feedback Loop as

to mankind. We are

excellent in Copying Nature .But we are far away in building self Replicating Biological or

Inert System to Spread in exoplanet or Cosmos

What an oddly mis-titled piece... Perhaps the title should be "No AI so far has been able to do everything a human can do." Kind of obvious, but that's what the article content supports. Nothing said seriously addresses, let alone defends the proposition that AI won't surpass human intelligence. Using self-driving as an example actually seems counter-productive, in that SD seems to be getting quite close, even if not quite as fast as hyped.

We Can Now Train Big Neural Networks on Small Devices

The Virginia-class fast attack submarine USS Virginia cruises through the Mediterranean in 2010. Back then, it could effectively disappear just by diving.

Submarines are valued primarily for their ability to hide. The assurance that submarines would likely survive the first missile strike in a nuclear war and thus be able to respond by launching missiles in a second strike is key to the strategy of deterrence known as mutually assured destruction. Any new technology that might render the oceans effectively transparent, making it trivial to spot lurking submarines, could thus undermine the peace of the world. For nearly a century, naval engineers have striven to develop ever-faster, ever-quieter submarines. But they have worked just as hard at advancing a wide array of radar, sonar, and other technologies designed to detect, target, and eliminate enemy submarines.

The balance seemed to turn with the emergence of nuclear-powered submarines in the early 1960s. In a 2015 study for the Center for Strategic and Budgetary Assessment, Bryan Clark, a naval specialist now at the Hudson Institute, noted that the ability of these boats to remain submerged for long periods of time made them “nearly impossible to find with radar and active sonar.” But even these stealthy submarines produce subtle, very-low-frequency noises that can be picked up from far away by networks of acoustic hydrophone arrays mounted to the seafloor.