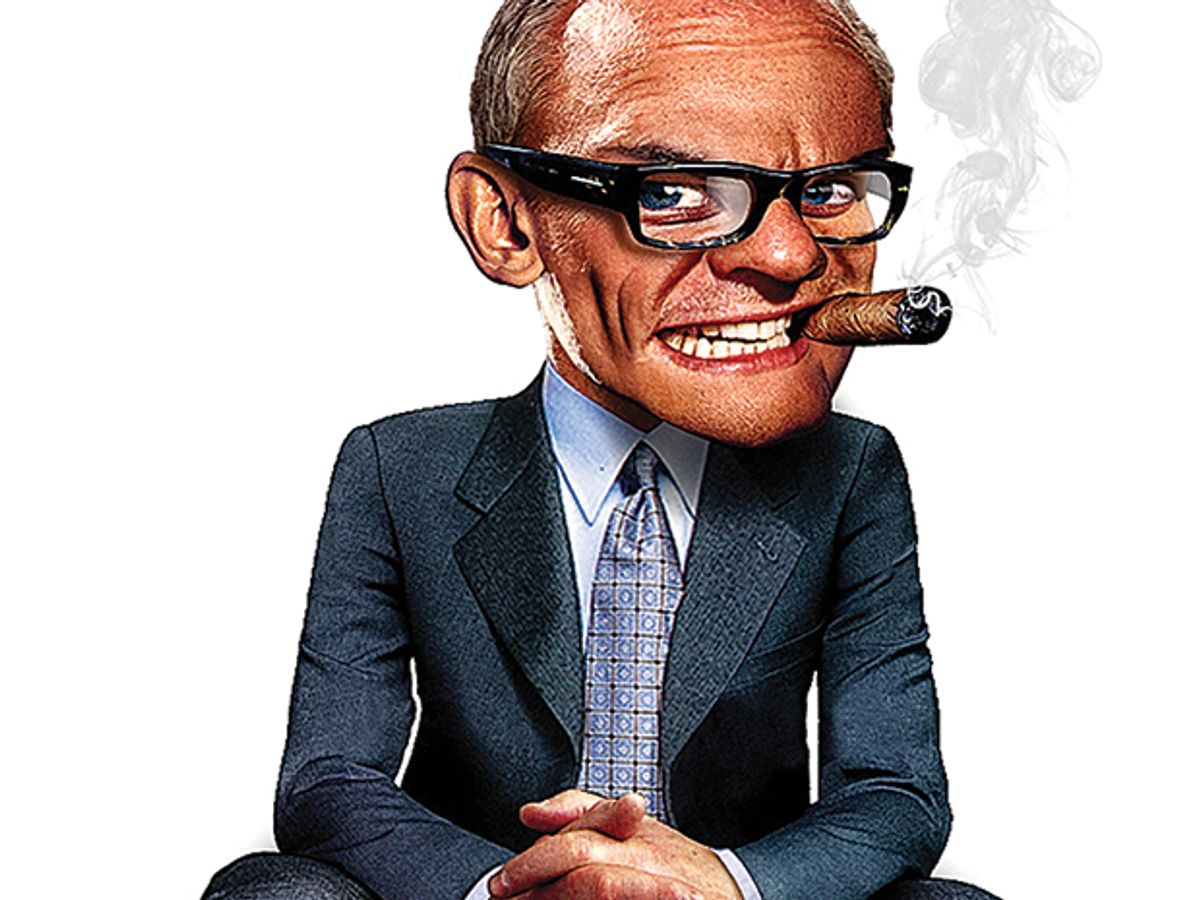 Of the billionaires I have known, money just brings out the basic traits in them. If they were jerks before they had money, they are simply jerks with a billion dollars.

In a recent issue of The New Yorker, a cartoon depicts a psychiatric patient lying on a couch with his therapist sitting behind him. The caption reads, “I guess I want what everyone wants—a billion dollars for being a jerk.” We chuckle because we recognize an unfortunate truth—that many of the young bros running today’s most successful tech startups are arrogant boors. It’s why we see so much jerktech: apps or other technologies that encourage or monetize antisocial behavior. It’s why Uber, the poster firm for Silicon Valley bad behavior, would think it’s okay to greyball—that is, blackball someone temporarily or provisionally—public officials who were investigating the company.

Thanks to the 2010 movie The Social Network, thousands of dollar-signs-in-their-eyes founders are walking around thinking a billion dollars is “cool,” thus turning them into lucrepaths, people who are pathologically driven to make money. And once they get even a taste of that wealth (usually after the first round of seed funding), many of them pull out their bully wallet, where they use the money to wield unfair or unethical influence. They become paid-up members of the vulgarati, those elites who are crude or who lack taste, and indulge in vanity capital, goods or services purchased to enhance the buyer’s self-esteem or status. They construct buildings that are ostensibly “mixed-income” but come with a poor door, a separate entrance for the lower-income residents to use. They merrily install homeless deterrents, which are physical obstacles or designs that deter homeless people from sleeping in a particular area.

This obnoxious focus on money might be why Silicon Valley appears to have run out of ideas. It seems that every second startup is a variation on Uber for x, where they attempt to apply Uber’s on-demand business model to some segment of the economy, such as moving, dog walking, alcohol delivery, even medicine and the law. This trend is known as the Uberization of the economy, and it’s creating a generation of slashies who have to work two or more jobs to survive in this gig economy. Many of the other startups appear to be focused on providing services such as cooking, cleaning, and laundry. See the common thread there? That’s right—they’re all tasks that the coders’ moms used to perform, hence the general name for these apps: Mom-as-a-service (or MaaS).

But to truly see how low Silicon Valley has sunk, you need look no farther than the online advertising industry. Exhibit A: Its most successful advertising strategy these days is the reprehensible chumbox, a grid of captioned images placed on Web pages. These are ads disguised as content links that use titillation, shock, or vanity to entice the reader to click through. (Chum has long referred to chopped fish that anglers throw overboard to attract other fish. That is, anglers use their dregs to entice fresh fish to bite, which is about as succinct a description as any for the current state of Internet advertising.) It’s the latest and lowest stratagem for making links clickbaity, meaning they’re designed to lure the unwary (or even the wary, for that matter) into clicking the link. Alas, that behavior has crawled out of its marketing swamp and into the homes of normal folk, who now regularly send out sharebait: a social media post with text, images, or video designed to entice the reader to share the post. (The Twitter version is known, inevitably, as tweetbait.)

In an interview with Bloomberg Businessweek a few years ago, the data scientist and ex-Facebook employee Jeff Hammerbacher lamented that “the best minds of my generation are thinking about how to make people click ads.” Then he added, “That sucks.” Indeed, but the situation has grown even worse in the interim, because now those young minds are also thinking about how to ride roughshod over local governments, replicate their moms in code, and turn the rest of us into anxious and vulnerable gig workers. Hey, Silicon Valley, the Jerk Store called—they’re running out of you!