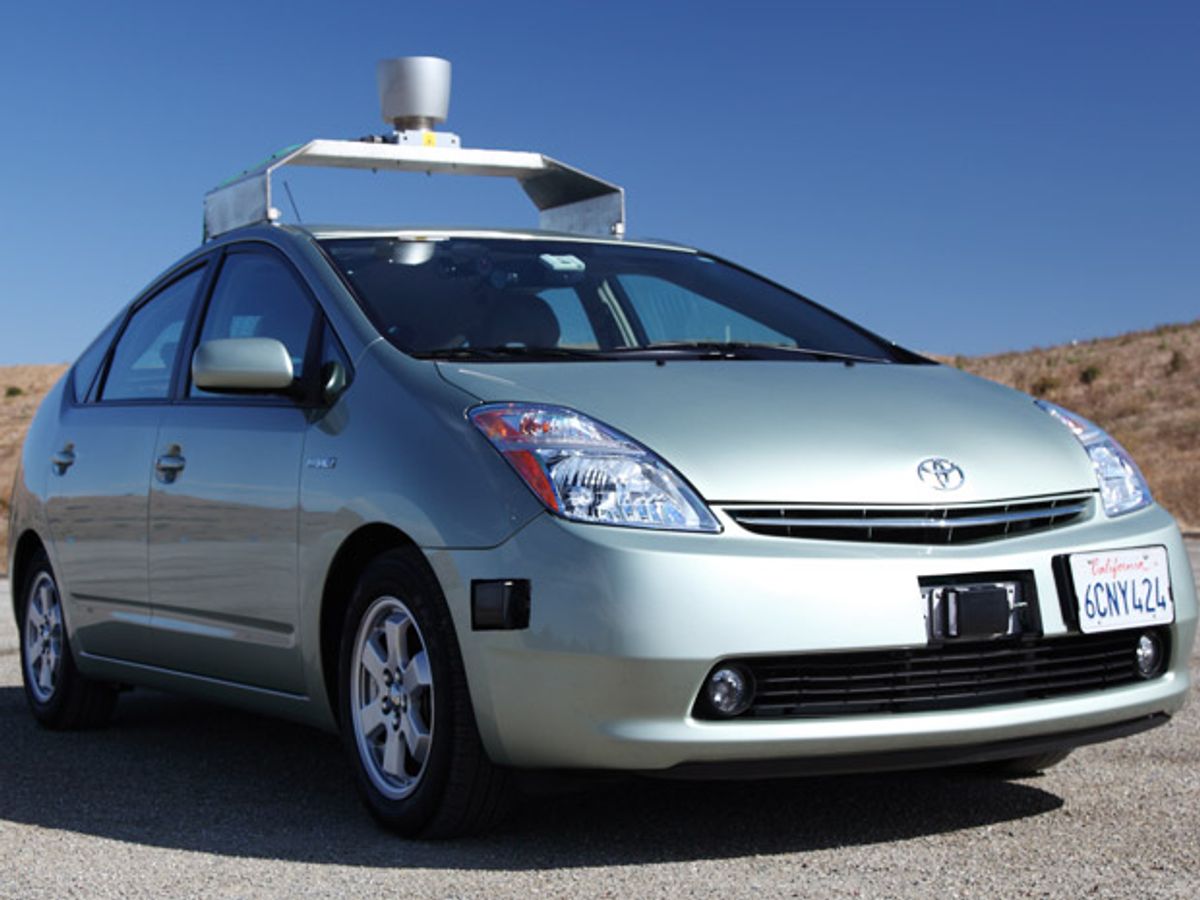 Regulations governing Google’s experimental self-driving cars will come into effect on California’s roads starting 16 September. They have driven more than 1 million kilometers since the company started secretly developing them in 2009, but they have been tested only once by a government body on open roads—by Nevada Department of Motor Vehicles (DMV) officials in May 2012.

IEEE Spectrum has now obtained the driving log of this test, and e-mails referring to it, under Freedom of Information legislation. Some of this information is not new. For example, Nevada officials shared that the Google’s autonomous Toyota Prius passed the test almost immediately. What has not been revealed until now, however, is that Google chose the test route and set limits on the road and weather conditions that the vehicle could encounter, and that its engineers had to take control of the car twice during the drive.

The world’s first self-driving test took place on 1 May 2012 in Las Vegas. Google had previously mapped the area and selected a route for the test, which the DMV agreed to. Chris Urmson, now head of Google’s self-driving car project, was in the driver’s seat in case anything went wrong. Next to him sat engineer Anthony Levandowski. In the backseats were Nevada’s examiners. One was Bruce Breslow, a sportscaster and politician who was then head of the DMV. The other, Nancy Wojcik, is in charge of testing and licensing for the state.

The Nevada DMV designed the test to assess the self-driving car’s performance in common situations. The examiners would grade Google’s car in every scenario, determining whether it operated fully autonomously, needed some assistance from Urmson, or completely handed control over to Urmson. The final check box would show which situations the car had faced. Here, Breslow recorded the Prius negotiating four-way stop signs around Las Vegas’s iconic Strip and its convention center.

In smooth, everyday traffic, the Prius worked perfectly. Breslow noted that the car detected and stopped for pedestrians and merged smoothly onto a freeway up to the local speed limit. At crosswalks, he called it “extra cautious—designed for safety.”

The measured pace of Google’s autonomous Prius may have started to annoy Breslow. “Perhaps overly cautious approaching some lights,” he wrote. The other column shows that Google’s car was not tested on roundabouts. There were similar checks for railroad crossings, unpaved roads, school zones, and shopping centers. In communication with the Nevada DMV before the test, Google said its policy was to prohibit autonomous operation at railroad crossings that lack signals and for human drivers to take over. It also noted: “[Roundabouts are] particularly challenging, where many drivers don’t know the proper rules in the first place.” In an e-mail to colleagues at the DMV, Breslow wrote, “We can’t fail an applicant for not being able to navigate a traffic circle if they say that there [sic] vehicle can’t yet do it.”

What would the Prius do when confronted by something unexpected? That happened several times during the 22-km test drive. At one point, a bicycle weaved in front of the car. The car backed off before passing the cyclist safely. The Prius also correctly anticipated a pedestrian running across the street. Construction work, however, proved trickier. When faced with a partially blocked-off road, the car switched between autonomous and manual modes and then braked to a halt, requiring Urmson, the safety driver, to take control. Wojcik also recorded that the car needed driver assistance with some turns, although she did not note the circumstances.

Before the test, Google had written: “It will be hard to anticipate if the proposed demonstration will encounter several important environmental conditions: rain, snow/ice, fog, and heavy crosswinds. Additionally, the vehicles currently do not operate in snow, ice, or dense fog.” Luckily, Google’s driving software proved better than its weather forecasting. Temperatures in Las Vegas in May average a scorching 31 °C (88 °F), with almost zero chance of rain or fog. Google provided Nevada with written assurances that its vehicles had coped well with rain in California and that they could also operate safely at roundabouts and other road features that did not figure in the Nevada test.

Following the Las Vegas test, the Prius was put through its paces again in the state capital, Carson City. A DMV committee then met and approved the country’s first self-driving vehicle testing license. On 4 May 2012, the Prius was issued special gold-on-red autonomous license plates, number AU-001. However, Google seems to have done little with its historic license plate. Most of the company’s testing has since been focused on California, and when its Nevada license expired in May 2013, Google failed to renew it for at least eight months.