Engaging With the Sci-Tech of Self/Less’s Sci-Fi

Researchers can leverage pop culture to talk about their projects 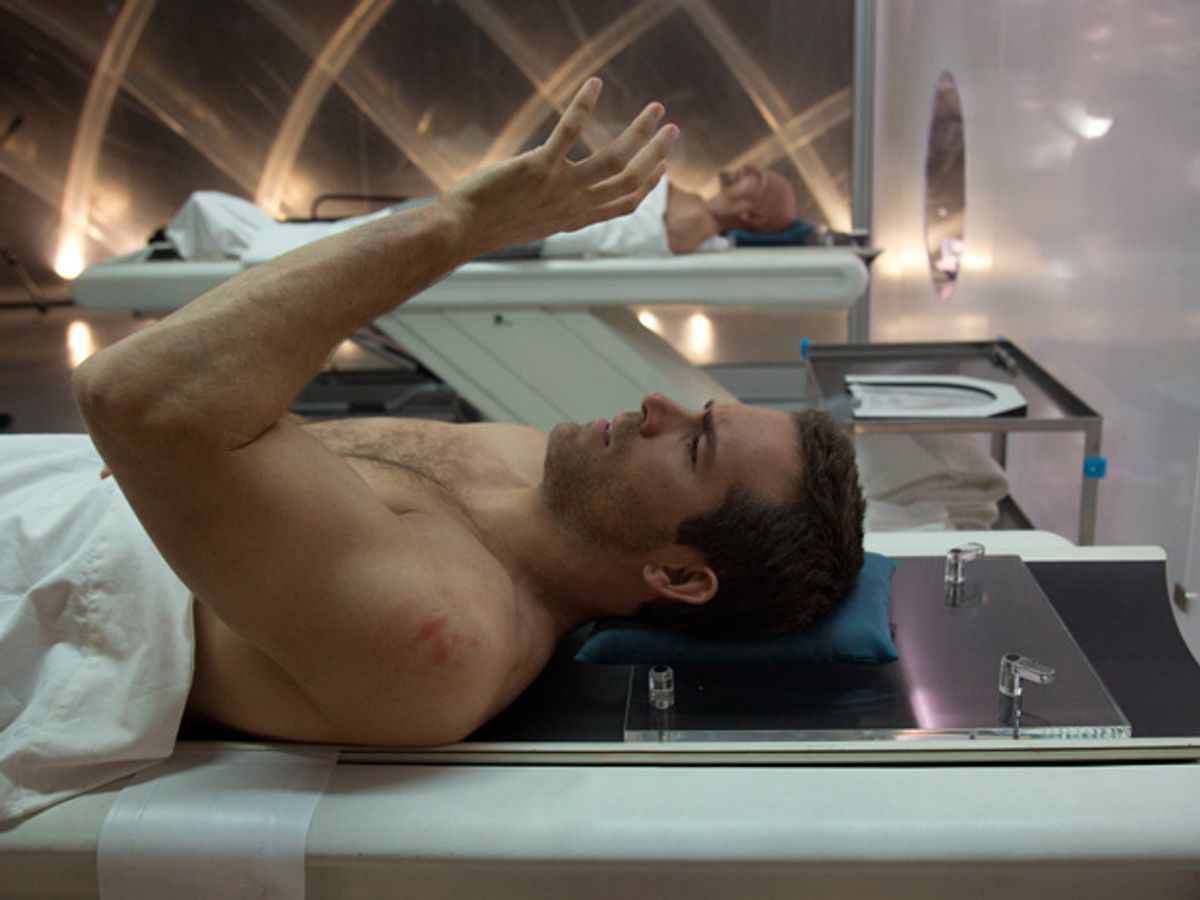 Last month, the science-fiction movie thriller Self/Less opened in the United States, and the film is currently rolling out worldwide. Starring Ryan Reynolds and Ben Kingsley, Self/Less is premised on a brain-scanning immortality technology that allows a person’s consciousness to be transferred to a new body.

These days, this kind of movie begets a sci-tech charm offensive: Modern audiences pay more attention to the believability of science-fiction flicks than was once the case. Thanks to the Internet, if someone can explain why a movie’s ideas are ridiculous, word gets around. Consequently, moviemakers and studios have increasingly been using researchers as consultants during production or to explain a film’s details and implications to the public after the fact.

Higgins earned his Ph.D. in electrical engineering from Caltech in 1993 and did a neuroscience postdoc there from 1996 to 1999. Part of his research is studying insect brains as an entryway to understanding more complex brains—specifically, how insects combine disparate information to create navigational intelligence. He’s also working on a consumer device to monitor brain waves during sleep and biomedical indicators of disease.

Higgins is up front that the immortality tech in Self/Less is still sci-fi: “To scan a person’s intelligence would probably require a complete 3-D structural and functional study of all 100 billion neurons,” he says. “As far as transferring consciousness to another living body, due to the differences between each person’s brain, you’d need a clone of someone’s brain to have a ghost of a chance.” But, Fink adds, “once you buy into the underlying premise that you can transfer consciousness, then the rest of movie flows quite logically. It doesn’t tank.”

Fink earned a Ph.D. in theoretical physics from the University of Tübingen, in Germany, in 1997. He uses both machine and neural learning in his research, which involves artificial vision and applying it to areas such as autonomous robotic space exploration. Currently, robot missions are closely directed from Earth. But with a truly autonomous space probe or rover, as Fink envisions, algorithms would decipher camera images to gauge the best area to explore. “The idea is to instill a reasoning process into the machine to make those decisions,” says Fink, “but that gets us into the realm of sentient systems.”

How does this tie back to Self/Less? “The movie addresses the self versus the nonself,” says Fink. “Just as implants might one day be able to replace dysfunctional brain tissue, so would you also be able to create an implant that might suppress moral judgment, say, to create the perfect soldier. Where do you stop being in control, and where does the machine take over? With an artificial neural network system, how much are you still yourself, and what’s the chance that someone—or something—else is controlling you?”

Focus Features did not pay Higgins and Fink, but they were flown to Los Angeles to participate in press conferences and contribute to the electronic press kit. So how did two researchers get involved with a movie studio?

While some researchers are paid consultants for television and movie productions, a larger number volunteer their advice in the name of greater scientific literacy through organizations such as the National Academy of Sciences’ Science & Entertainment Exchange. This connects screenwriters and producers who have technical questions with experts who can answer them. The pop culture tie-in helps researchers reach a broader audience—particularly useful for those who want to position their research as startup ready. Higgins (who has also advised on films such as Elysium and the remake of Total Recall) and Fink connected with Focus through ZoomWerks Media, a Pasadena, Calif., publicity firm specializing in science and entertainment. Says Higgins, “By doing interviews and relating real science to science fiction, I believe that we are connecting better with people than academics typically do.”

This article originally appeared in print as “Engaging With the Sci-Tech of Sci-Fi.”