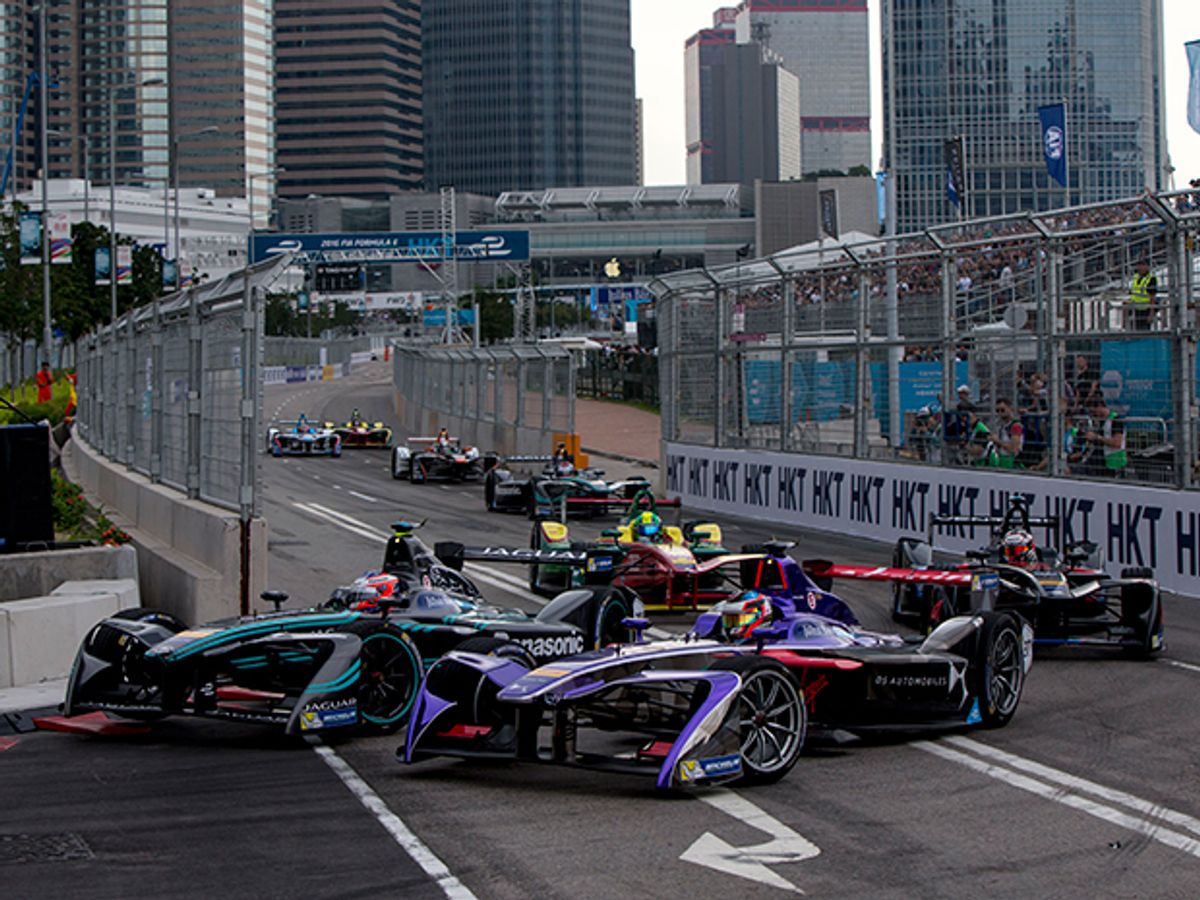 Just like in its first season, Formula E’s third season started with a crash.

The bump took part of the nose off of Abt driver Luca Di Grassi’s car on the Hong Kong circuit. Di Grassi, last season’s second-place winner, managed not only to stay in the race but to finish second.

The other top finishers were all familiar faces to series fans, too. Last year’s champion Renault e.dams driver Sebastien Buemi, won the Hong Kong race, followed by di Grassi, Mahindra driver and Formula E veteran Nick Heidfeld, and last year’s third-place winner, Renault e.dams driver Nick Prost. Prost was only 7.360 seconds behind Buemi but the next cluster of drivers was more than 10 seconds behind Prost, in part due to when the drivers chose to switch cars and take their pit stops.

That difference reflects an important rule change this season: teams may now recover 50% more energy while braking than last year. The additional energy allows teams more flexibility in their racing strategy and should exacerbate differences between them. Despite an upgrade to their batteries, Formula E cars lack enough energy storage to complete an entire 50-minute race, so drivers must still take an extra pit stop to switch vehicles.

These and other small technical advances are part of the maturing of Formula E. Last year, the series began introducing incremental changes, allowing teams to continue to focus on race strategies and slowly adapt to new technology (“Formula E Returns with Customized Cars,” IEEE Spectrum, October 2016). By season 5, series organizers plan to introduce cars capable of completing the race on one battery charge.

Incremental change may be wise. The most dramatic new thing to hit Formula E, Roborace, a new series in an incubation phase that will pit identical custom new autonomous electric cars against each other, ran into battery trouble during its Hong Kong demonstration. Roborace has since completed autonomous laps with two test vehicles and is scheduled to follow the rest of this year’s Formula E series with further demonstrations.

Formula E and Roborace are also attracting competing electric cars in other formats: in October, outside companies announced the launch of a new electric GT series using modified Tesla S Models and the addition of an electric series to the existing Red Bull rallycross series. Formula E’s organizers could consider themselves flattered by their imitators—or threatened by the competition.

The Verge has written a handy watching guide for where the rest of Season 3 of Formula E. The next race is this Saturday, November 12th, in Marrakesh, Morocco, alongside the annual UN global climate convention, COP22.