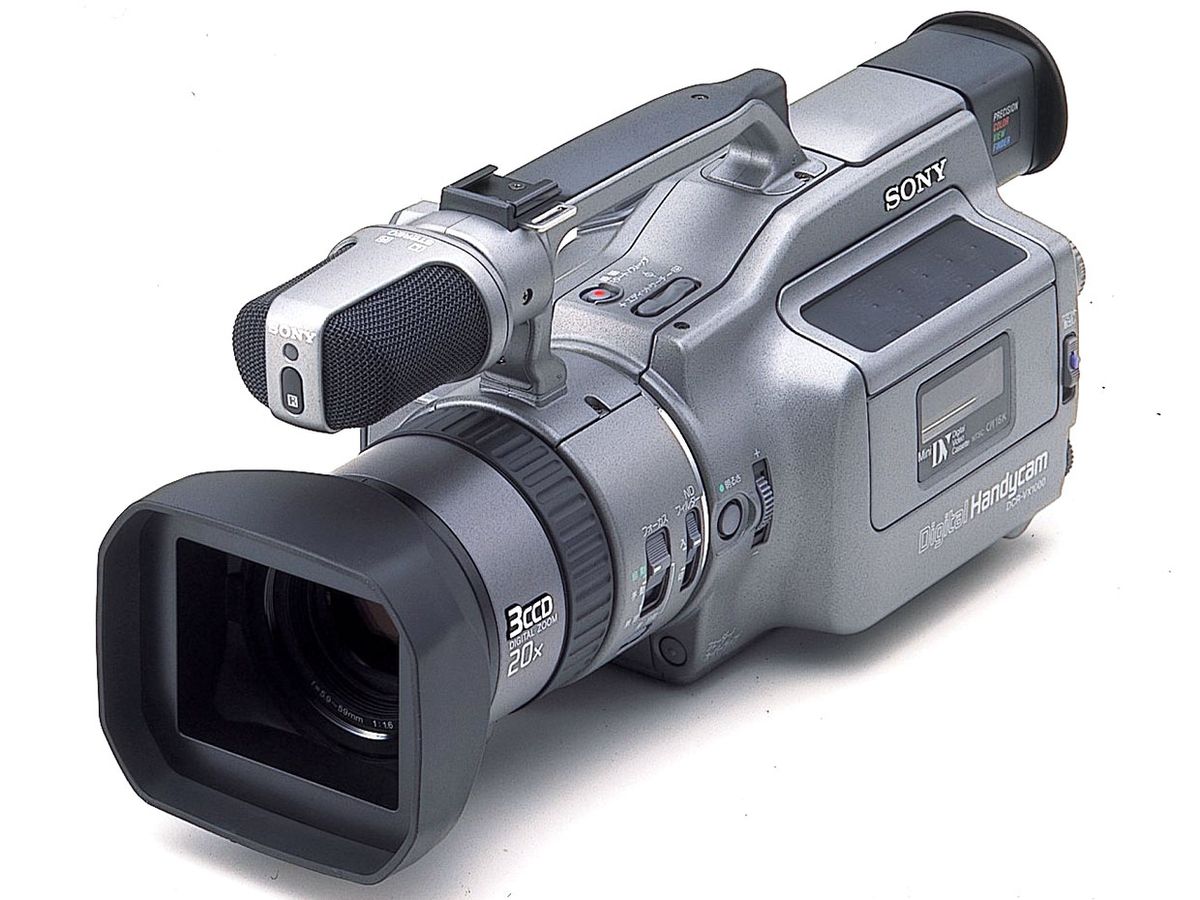 Skateboarder Fave: The Sony DCR-VX1000, which hit the market in 1995, was one of the first compact digital video cameras with a price—US $3,500—low enough to be affordable for consumers.
Photo: Sony

Think about how easy—and perhaps even ho-hum—it is to take digital high-definition (HD) video with your smartphone, a device that weighs maybe 150 grams and does a bunch of other things besides shooting video. It wasn’t too long ago, though, that shooting digital video meant purchasing a dedicated gadget. And it wasn’t too long before that that you really couldn’t shoot digital video at all, unless you were a professional with a big budget.

One of the major milestones along the path to today’s capable smartphone cameras was the Sony DCR-VX1000, a camcorder that captured high-quality digital video but was priced for the consumer market, at US $3,500. Introduced in 1995, the VX1000 was widely hailed as a marvel of both portability and possibilities: “Mine eyes have seen the glory. The future of home video arrived on my doorstep a few weeks ago,” gushed a reviewer for the Chicago Tribune.

The camcorder built on digital camera enhancements that began 20 years earlier. In 1975, Kodak had invented the first digital camera for still photography, using a charge-coupled device (CCD) sensor for image capture. Other camera manufacturers soon began experimenting with their own CCD cameras. Sony, for example, used a CCD in its 1981 Mavica “still video” camera, which produced an analog signal that was stored on a miniature floppy disk.

Before long, Japanese companies came to dominate the camcorder and videocassette player market. The first camcorders that recorded analog video onto cassette tapes were introduced in 1983. Although compact discs for digitized music had been introduced the year before, video would remain an analog proposition for another decade before the cost of digital image capture came down.

Affordable digital cameras for still photography began to appear in the early 1990s. Digital cameras for video were also coming to market, but they were far too expensive for anyone who wasn’t tooling around with them for professional reasons. On the broadcast side, Japan was the first, and for some years the only, major market to experiment with digital TV. The United States (along with European technology partners) didn’t start conducting over-the-air tests of digital high-definition television (HDTV) until 1996.

Around this time, several Japanese manufacturers got together to create the digital video (DV) standard, which was announced in 1995. DV had specifications for digital video formatting, compression techniques for video storage (audio remained uncompressed), and the characteristics of tape and tape cassettes.

The manufacturers began introducing DV products almost immediately. Sony’s DCR-VX1000 wasn’t the first of the new DV products, but it soon emerged as the best, with a nice balance of very good video quality at a “prosumer” price—a price that a professional would consider inexpensive and some consumers would consider an affordable luxury. At $3,500, it was a step up in price and performance from Sony’s Handycams, a line of consumer-oriented analog camcorders typically priced around $1,000. (Sony would introduce its first digital Handycam, the Digital8, in 1999.) And the VX1000 was far more affordable than Sony’s analog video Betacam, a camera designed for professional use that sold for over $10,000.

The VX1000 was the first digital video camera to employ three CCDs. At the time, other digital video cameras were equipped with a single CCD, although the three-CCD configuration would later become common. The VX1000 included a prism that split the incoming light into reds, greens, and blues. Each CCD captured a different color, and the three were combined into a single full-color image. The scheme gave the camera unusually good color fidelity and rich hues.

The CCDs each recorded on 410,000 pixels and produced an image with 500 horizontal lines, comparable to contemporary standard-definition TV, which had either 480 or 576 horizontal lines (NTSC in North America or PAL in other markets, respectively). The VX1000’s digital video was stored on cassette tapes, and the camera body weighed just under 1.5 kilograms.

The VX1000 was the first camera to adopt the IEEE 1394 interface. Apple, which had led the development of the technology, called it FireWire; Sony called its version i-Link. The interface made the VX1000 the first camcorder that allowed you to download digital video directly to a computer. That feature caught the attention of a growing number of professional videographers, including news crews. At the time, video editing bays could cost tens of thousands of dollars. With the VX1000, video could be captured on a relatively inexpensive camcorder and edited on a PC.

Sony gave the camcorder a sturdy cabinet and molded its handle so that it could be held in one hand. An image stabilization system, called Super SteadyShot, compensated for shaking or vibration using motion sensors to direct a mechanism that would physically shift prisms or image sensors. And it even had a fairly kooky-but-fun feature: You could replace the standard lens with a fish-eye.

That last feature, in particular, helped made the VX1000 a popular choice for skateboarders. A recurring thread in the popularization of some of the greatest consumer gadgets is their adoption by one subculture or another—early hip-hop DJs favored the Technics turntable, surfers the GoPro, amateur videographers the DJI Phantom drone, and so on.

To this day, in fact, some skateboarders still prefer the VX1000 (or its successors), for reasons both technological and nostalgic. They’re also still dedicated to the use of fish-eye lenses, for reasons that remain inscrutable.