The Consumer Electronics Hall of Fame: Bowmar 901B

In 1973, Bowmar/ALI was the biggest calculator company in the world. In 1976, it went out of business 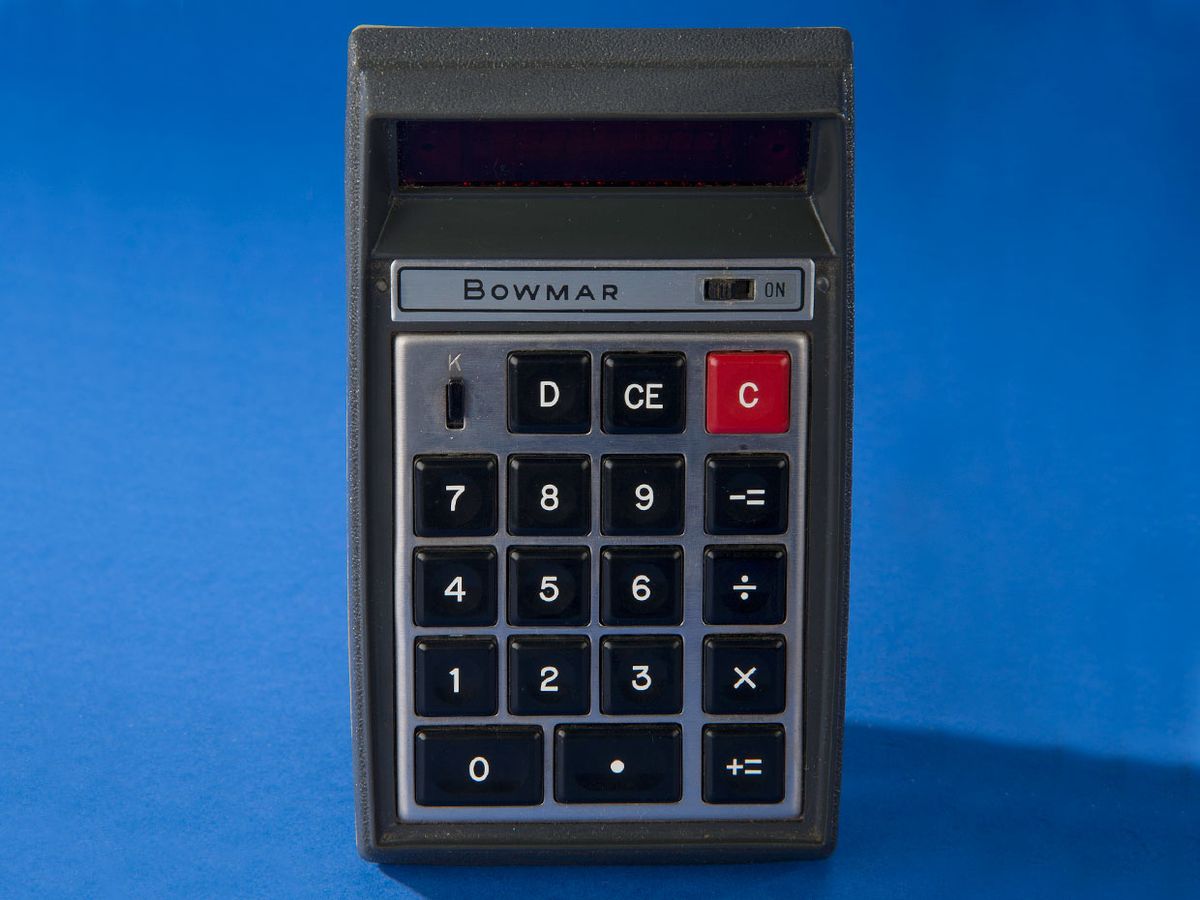 Good-Bye, Slide Rule: The Bowmar 901B (a.k.a. “the Brain”) calculator is generally regarded as the first calculator to use an LED display and the first to be pocket size.
Photo: Division of Medicine and Science/National Museum of American History/Smithsonian Institution

The creation of the Bowmar Brain was a desperation move. In 1968, Monsanto created the first numeric LED display cheap enough to be used in consumer products. Several other companies followed Monsanto into the market, among them Bowmar/ALI, then a tiny defense-industry subcontractor in Acton, Mass.

At first, all Bowmar/ALI intended to do was make and sell LED displays. They were novel, but at the time they were also small and faint, and there weren’t many commercial uses for them. One possible application would have been in the compact calculators that had only recently begun to appear, but Bowmar was having trouble cracking that new and growing market.

The very earliest battery-powered calculators, which appeared in Japan around 1970 from Canon, Sharp, and Sanyo, used unwieldy fluorescent or gas-discharge displays, or even tiny thermal-paper printers. Could Bowmar succeed with a handheld calculator that used LED displays? In 1970, the company decided to find out. Thus the 901B was born.

Handy Guide: Early Bowmar calculators came with explicit instructions on the back, aimed at users who had almost certainly never used an electronic calculator before. Photo: Division of Medicine and Science/National Museum of American History/Smithsonian Institution

Bowmar soon found several customers who wanted to resell the 901B under their own names, among them Craig (which called it the model 4501) and Commodore (the C110). Sears and RadioShack were among the companies that would private-label subsequent Bowmar models.

The 901B and its successors helped Bowmar/ALI become the largest calculator vendor in the world for a few years in the early 1970s. But handheld calculators quickly became commodity products, and by 1974 prices were plunging. Texas Instruments had started building its own calculators, and had already supplanted Bowmar atop the calculator heap. As 1975 rolled around, Bowmar couldn’t source enough of the newest calculator chips, some of which came from—you guessed it—TI. That inability prevented it from being able to drive costs down enough to keep up with competitors. In five years, the company marketed some 28 different calculator models. After five years in the calculator business, Bowmar/ALI filed for bankruptcy in 1976. However, the parent company, Bowmar Instrument Corp., lives on, and is still in business today as a defense contractor called Bowmar LLC.