The October 2022 issue of IEEE Spectrum is here!

The most valuable natural resource on the moon may be water. In addition to sustaining lunar colonists, it could also be broken down into its constituent elements—hydrogen and oxygen—and used to make rocket propellant.

Although the ancients called the dark areas on the moon maria (Latin for “seas”), it has long been clear that liquid water can’t exist on the lunar surface, where it would swiftly evaporate. Since the 1960s, though, scientists have hypothesized that the moon indeed harbors water, in the form of ice. Because the moon has a very small axial tilt—just 1.5 degrees—the floors of many polar craters remain in perpetual darkness. Water could thus condense and survive in such polar “cold traps,” where it might one day be mined. 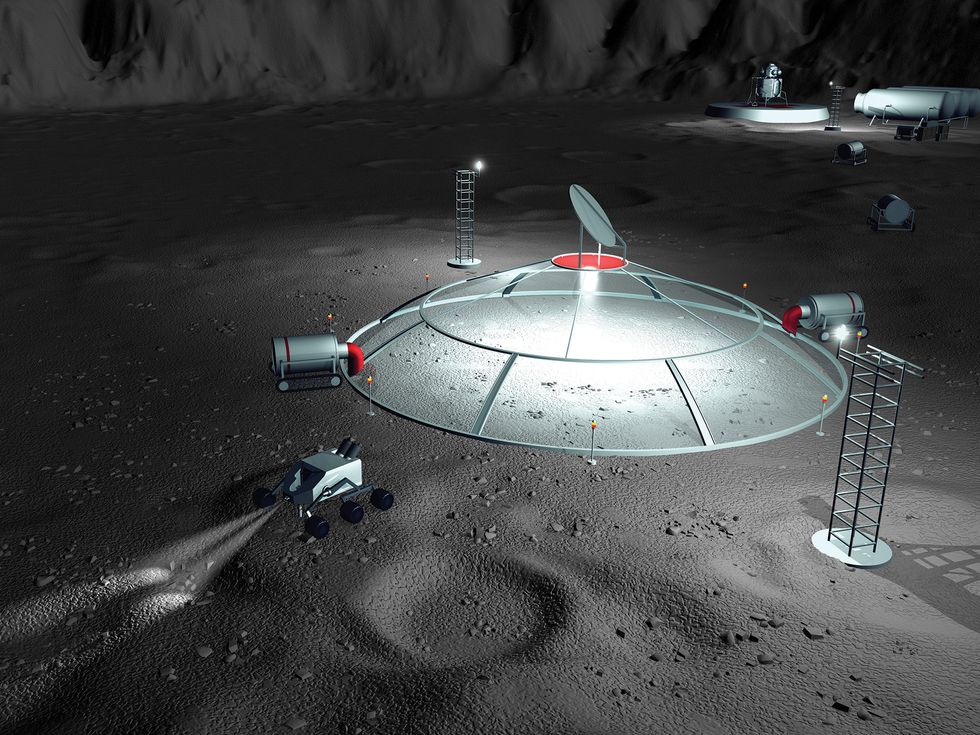 Water Water Everywhere: Finding rich deposits of ice and extracting it should be possible but will be technically challenging for lunar settlers.

Entangled Photons Can Come Out in Webs Now

Green laser light illuminates a metasurface that is a hundred times thinner than paper.

The equipment that generates quantum entanglement is often bulky and only produces entangled photons a pair at a time. Now scientists have created a device roughly one-third as thick as a penny that can yield complex webs of entangled photons—not just in pairs, but several pairs all linked together.

Now scientists have created a new device roughly one-third as thick as a penny can yield complex webs of entangled photons—not just one pair at a time, but several pairs all linked together. The invention may not only greatly simplify the setup needed for quantum technology, but also help support more complex quantum applications.