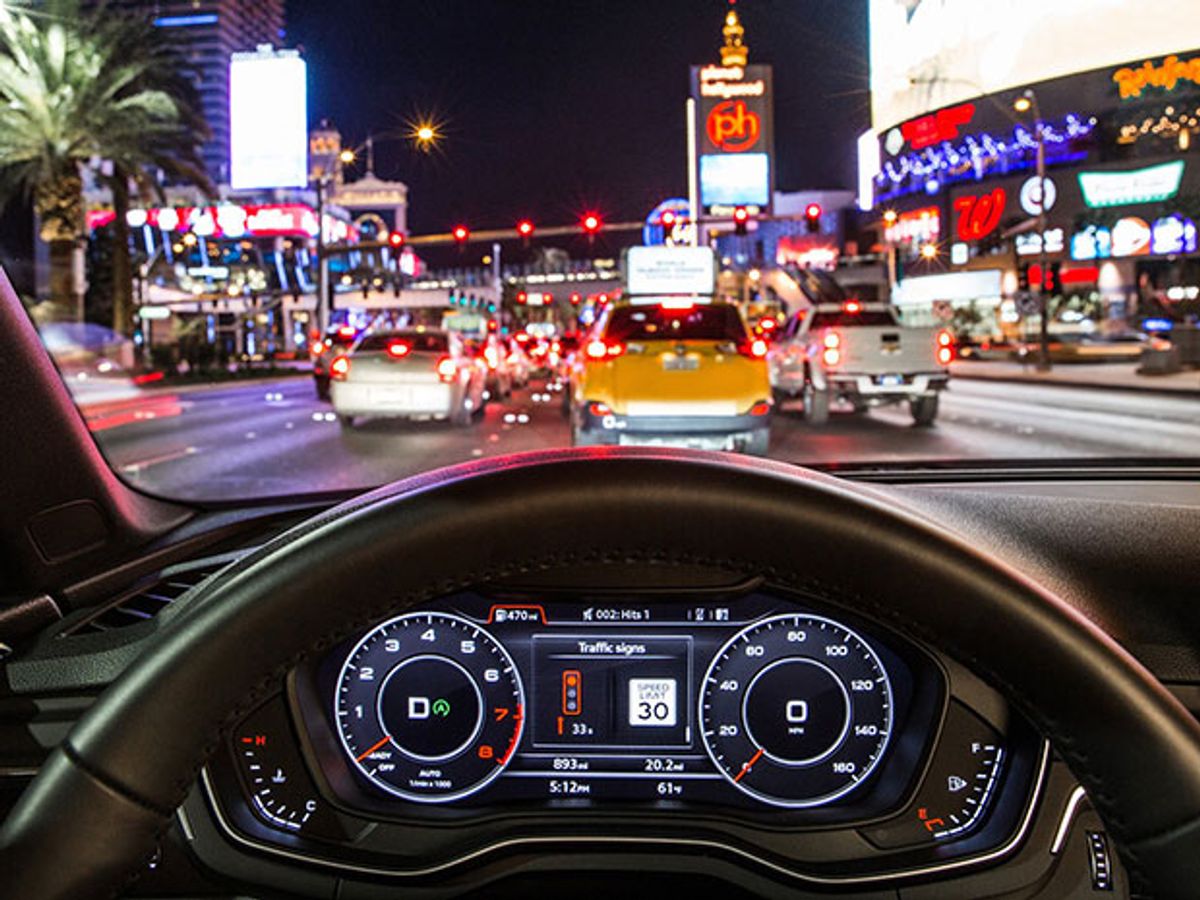 Audi’s cars are now telling drivers how many seconds remain until the traffic light turns green. It's the first commercial offering of vehicle-to-infrastructure communication in the United States, Audi says.

Of course, nobody would pay much extra for an electronic gadget that just lowered your stoplight waiting anxiety. But this feature is just testing the waters; bigger applications are in view.

The cars—recently manufactured Audi A4 and Q7 models signed onto Audi’s prime connection service—communicate with the Las Vegas traffic management system via 4G LTE, the standard that mobile phones use. The countdown appears on the dashboard or head-up display, then shuts off a few seconds before the light changes (presumably to keep drivers from getting mesmerized). Audi manages the transfer of data with the help of its partner, Traffic Technology Services (TTS), of Beaverton, Ore.

The plan is to eventually give drivers the information they need to make fairly ambitious predictions, like choosing the right speed to go sailing through several green lights in a row. Or the system might bypass the driver and go straight to the engine’s “start-stop” system, shutting it down for a long count, then starting it up again seconds before getting a green light.

Cities should be able to use the tool to fine-tune their traffic management, say by metering access to a road to head off congestion before it can take shape. Nevada’s Regional Transportation Commission has declared an interest in such features, as have other cities. In a pilot test in Pittsburgh, the startup Surtrac has shown that an intelligent traffic management system can reduce travel time by 25 percent and idling time by over 40 percent.

But, like a mobile phone, a networked vehicle is eminently hackable, and when this communicative capability becomes common in cars, there will be more than enough incentive for the bad guys to prey on them.