A View to the Cloud 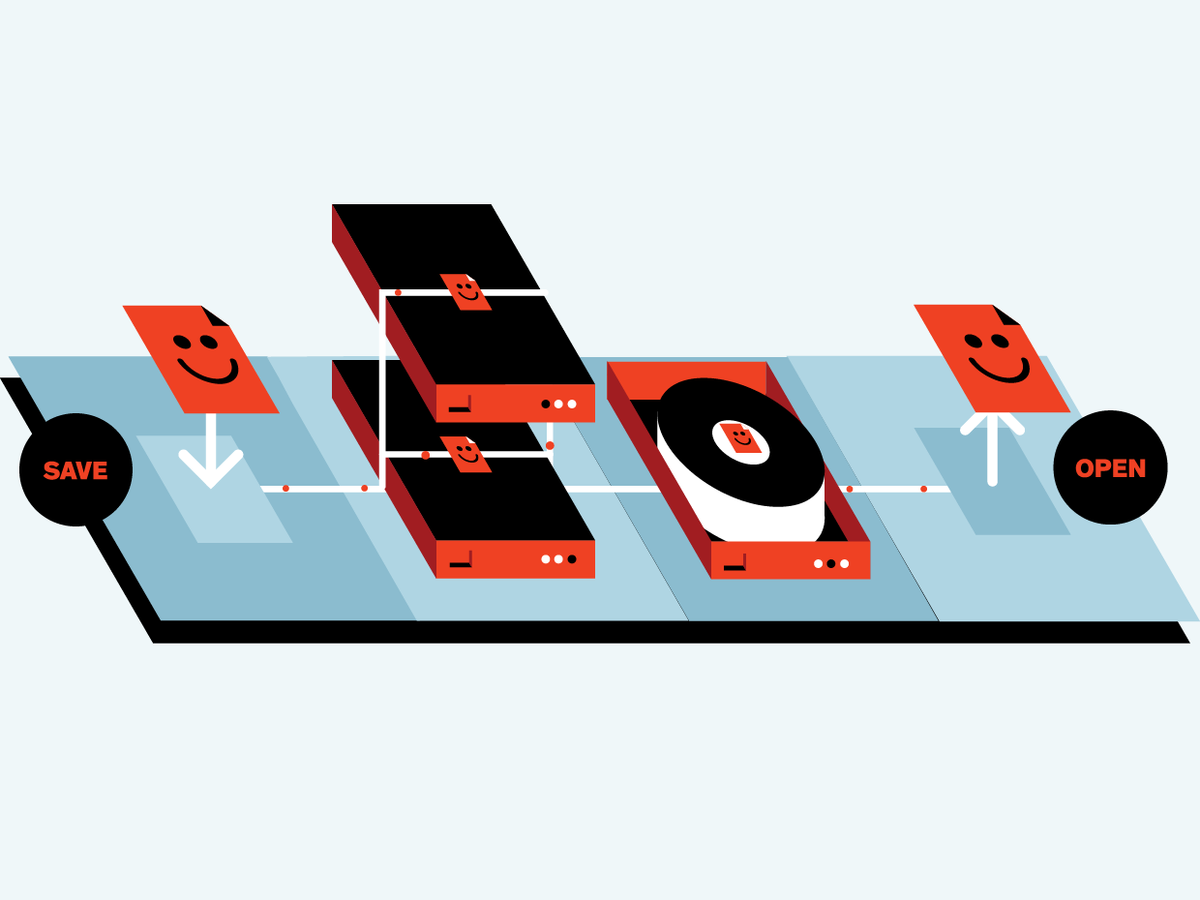 We live in a world that’s awash in information. Way back in 2011, an IBM study estimated that nearly 3 quintillion—that’s a 3 with 18 zeros after it—bytes of data were being generated every single day. We’re well past that mark now, given the doubling in the number of Internet users since 2011, the powerful rise of social media and machine learning, and the explosive growth in mobile computing, streaming services, and Internet of Things devices. Indeed, according to the latest Cisco Global Cloud Index, some 220,000 quintillion bytes—or if you prefer, 220 zettabytes—were generated “by all people, machines, and things” in 2016, on track to reach nearly 850 ZB in 2021.

Much of that data is considered ephemeral, and so it isn’t stored. But even a tiny fraction of a huge number can still be impressively large. When it comes to data, Cisco estimates that 1.8 ZB was stored in 2016, a volume that will quadruple to 7.2 ZB in 2021.

Our brains can’t really comprehend something as large as a zettabyte, but maybe this mental image will help: If each megabyte occupied the space of the period at the end of this sentence, then 1.8 ZB would cover about 460 square kilometers, or an area about eight times the size of Manhattan.

Of course, an actual zettabyte of data doesn’t occupy any space at all—data is an abstract concept. Storing data, on the other hand, does take space, as well as materials, energy, and sophisticated hardware and software. We need a reliable way to store those many 0s and 1s of data so that we can retrieve them later on, whether that’s an hour from now or five years. And if the information is in some way valuable—whether it’s a digitized family history of interest mainly to a small circle of people, or a film library of great cultural significance—the data may need to be archived more or less indefinitely.

The grand challenge of data storage was hard enough when the rate of accumulation was much lower and nearly all of the data was stored on our own devices. These days, however, we’re sending off more data to “the cloud”—that (forgive the pun) nebulous term for the remote data centers operated by the likes of Amazon Web Services, Google Cloud, IBM Cloud, and Microsoft Azure. Businesses and government agencies are increasingly transferring more of their workloads—not just peripheral functions but also mission-critical work—to the cloud. Consumers, who make up a growing segment of cloud users, are turning to the cloud because it allows them to access content and services on any device wherever they go.

And yet, despite our growing reliance on the cloud, how many of us have a clear picture of how the cloud operates or, perhaps more important, how our data is stored? Even if it isn’t your job to understand such things, the fact remains that your life in more ways than you probably know relies on the very basic process of storing 0s and 1s. The infographics below offer a step-by-step guide to storing data, both locally and remotely, as well as a more detailed look into the mechanics of cloud storage.

I. The Basics of Data Storage

II. A Deeper Dive Into the Cloud

Though most data that gets stored is still retained locally, a growing number of people and devices are sending an ever-greater share of their data to remote data centers.

Perpendicular magnetic recording allows for data densities of about 3 gigabits per square millimeter.

Hard-disk drives and magnetic tape store data by magnetizing particles that coat their surfaces. The amount of data that can be stored in a given space—the density, that is—is a function of the size of the smallest magnetized area that the recording head can create. Perpendicular recording [right] can store about 3 gigabits per square millimeter. Newer drives based on heat-assisted magnetic recording and microwave-assisted magnetic recording boast even higher densities. Flash memory in solid-state drives uses a single transistor for each bit. Data centers are replacing HDDs with SDDs, which cost four to five times as much but are several orders of magnitude faster. On the outside, a solid-state drive may look similar to an HDD, but inside you’ll find a printed circuit board studded with flash memory chips.

Barry M. Lunt is a professor of information technology at Brigham Young University, in Provo, Utah.