A Surge in Small Cell Sites 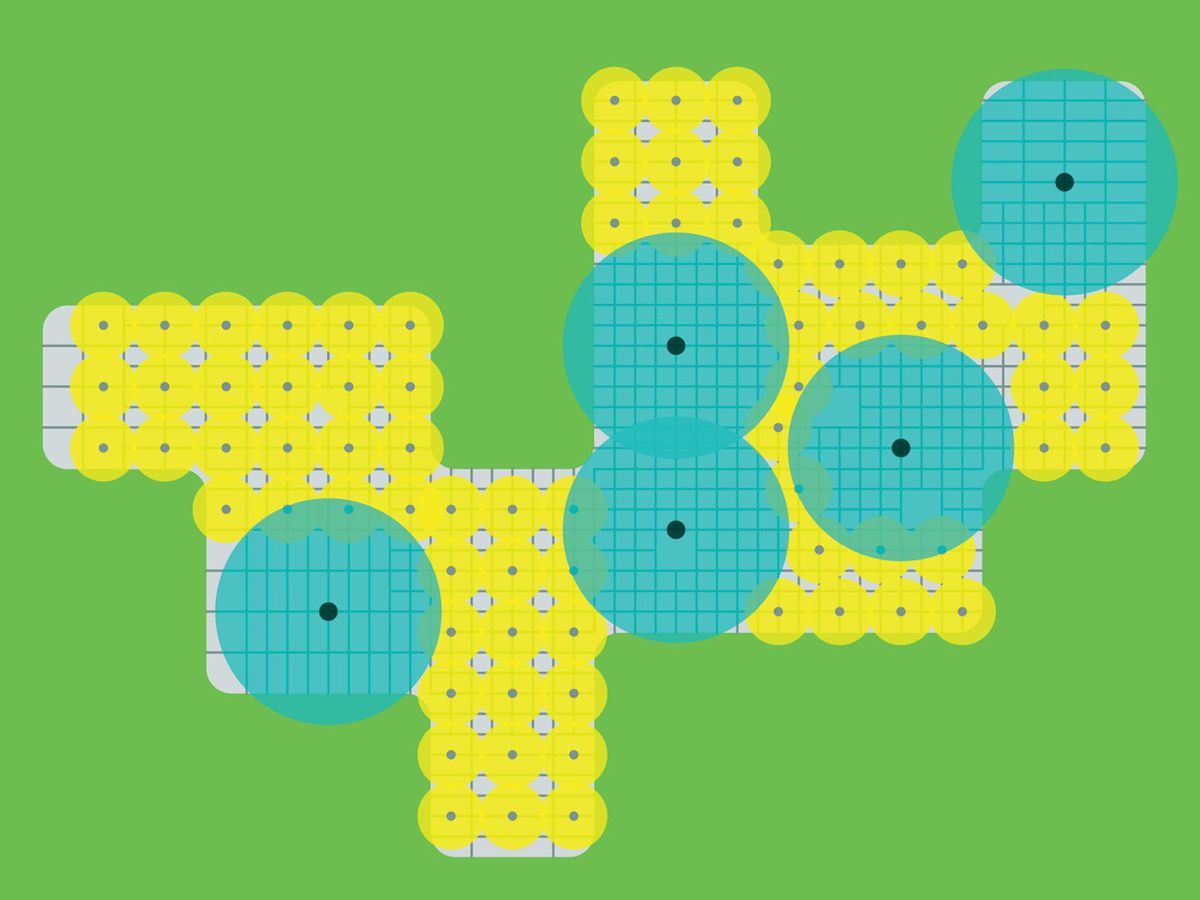 During the many years he worked for Hewlett-Packard’s branch in the United Kingdom, Alan Breadmore often drove up the hill outside his village of East Garston to make calls on his company cellphone. “It was the only place I could get reception,” he says. “We had no mobile phone service in the village—no 2G, nothing.”

With little more than 500 residents, the village had been overlooked by cellular carriers. But in early 2011, Breadmore, who now oversees infrastructure development for the village council, heard that the Vodafone Group—just 15 kilometers away in the town of Newbury—was looking to test a new cellular system. So he lobbied the company for a trial. By May 2012, engineers had installed a dozen hatbox-size appliances on utility poles, barn walls, the roofs of the village hall and pub, and even one in a decommissioned phone booth.

These miniature base stations, known as small cells, are smarter, cheaper, less obtrusive, and easier to install than traditional towers. Many carriers are now using them not just to bring service to remote locations but also to expand data capacity in congested urban centers. “It’s impossible to find an operator today who doesn’t believe in small cells,” says Simon Saunders, who was chairman of the international Small Cell Forum until this past October.

In 2013, operators will begin deploying them in unprecedented numbers. According to Nick Marshall of ABI Research, in Oyster Bay, N.Y., global shipments of outdoor small cells—many destined for lampposts and bus stops in busy city squares—will surpass 2 million by 2016. Factor in indoor small cells—for homes, businesses, malls, and sports stadiums—and that number approaches 37 million. Informa, a European research firm, predicts that the same year, 90 percent of all cellular base stations will be small cells.

The earliest pioneers of small cells were chipmakers. In the mid-2000s, carriers could buy low-power cellular base stations, called “micro” and “pico” cells to distinguish them from their high-power “macro” cousins. But these towers, whose smaller footprint made them more practical for dense urban deployments, still required thousands of transmitters, receivers, amplifiers, and filters arranged on multiple printed circuit boards. The final product was robust, but it was also bulky and expensive.

Small wireless-chip companies saw an opportunity. They recognized they could use system-on-a-chip techniques to drastically reduce cost and size. “We collapsed the entire base station onto one or two chips,” says Doug Pulley, cofounder and chief technology officer of Picochip (now owned by Mindspeed Technologies), which in 2005 became the first company to demonstrate the technology. Rupert Baines, who was Picochip’s marketing vice president, took to calling the tiny stations “femtocells.” “Some say I invented the word,” he says.

“If you looked at the traditional network architecture in place four, five years ago, frankly, it didn’t support a small-cell layer,” says Gordon Mansfield, AT&T’s executive director for small-cell solutions and the newly appointed chairman of the Small Cell Forum. In many 3G networks, base stations are managed at centralized junctures by radio network controllers, which at the time did the lion’s share of data and call processing. Signals arriving at the controllers had to travel through dedicated lines to ensure low latency and minimal packet loss. Connecting hundreds of thousands of small cells would be laborious. “We couldn’t afford it,” Mansfield says.

Global mobile traffic is more than doubling each year, according to Cisco Systems. Some wireless equipment makers, such as Nokia Siemens Networks, warn that the mobile industry will need to prepare for 1000 times as much traffic by 2020.

Operators are already feeling the strain. “Cellular networks around the world are full to bursting and are creaking at the seams,” says Baines, now at Mindspeed. To deliver the data consumers want, engineers must vastly expand network capacity. The job mainly entails packing more cell sites into a given area, thereby enabling mobile appliances to reuse the available spectrum.

Engineers have typically done this by replacing the area covered by a single tower with several smaller ones, each transmitting with less power. Now they’re turning to small cells, which have acquired diverse names for their many sizes and roles, including femtocells, picocells, microcells, and metrocells (not to be confused with old-school micro and pico towers).

Rather than taking the place of towers, small cells are being overlaid on the macro network as needed. Equipped with smart software, they can sense their neighbors and even expand and contract their power radii to meet changing capacity needs. In time, our orderly, honeycombed cellular grids will be dotted with dynamic cellular bubbles, creating heterogeneous networks, or “HetNets.”

Engineers are still working out ways for small cells to integrate seamlessly with macro base stations and with one another. Interference is a major concern. One approach is to program overlapping base stations to intelligently share frequencies in the same spectrum. Alternately, some regulators have proposed dedicating separate high-frequency bands for small-cell use. Though traditionally considered unsuitable for cellular networks due to their short range, these frequencies could be ideal for small, low-power cells.

In just a few years, small cells may be as compact as Wi-Fi routers, says Iyad Tarazi, vice president of network development at Sprint. Consumers may even be able to buy one for the price of a smartphone. “Anywhere you go, you could take that coverage and capacity with you.”

This article originally appeared in print as "A Surge in Small Cells."

This paper describes the emerging infrastructure trends of wireless networks for 4G, 5G, and beyond 5G. These trends provide even more opportunities to service providers for network deployments, network customization, and network optimization. These key trends include (i) spectrum trends, (ii) densification & coverage extension methods, (iii) virtualization and cloudification, and (iv) network customization and intelligence.