A dream EV—if it can exit “production hell” 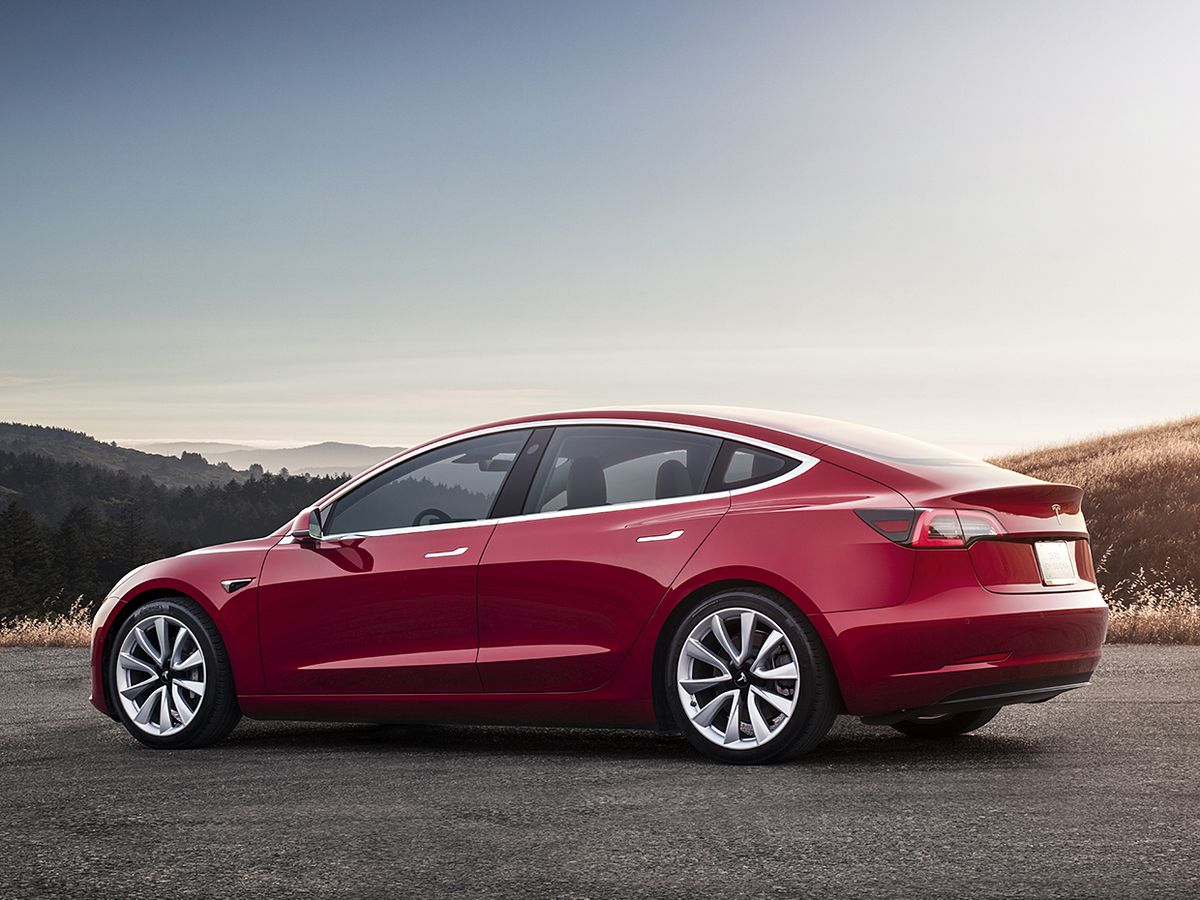 The Tesla Model 3 is finally here, and even critics are slobbering all over it. Now all Tesla needs to do is build a half million of them.

The car might not claim the mantle of the world’s first affordable, long-range EV: Chevrolet beat Tesla to market with its roughly US $37,000 Bolt, a car we roundly praised in last year’s Top 10 Tech Cars. But where the Bolt is essentially a peppy, utilitarian hatchback that happens to run on electricity, the Model 3 sedan has larger ambitions in design, performance, innovative interfaces, self-driving tech, charging infrastructure, and even production volumes. More than any previous Tesla, the Model 3 seems to herald a coming age of electrified transport for the masses. Traditional automaking giants—such as Ford, General Motors, and Volkswagen (and its Porsche and Audi brands)—are gearing up to mount challenges to Tesla, and they may even crush the company through sheer global scale and know-how. But for now, every automaker in the world is playing catch-up with Tesla.

The Model 3’s price can soar to nearly $60,000 with a slate of way-cool options, yet its $36,200 starting price, even before federal or state tax breaks, still slightly undercuts the cost of the average new car sold in America. That baseline Model 3 can cover 350 kilometers (220 miles) on a single charge of its 55-kilowatt-hour lithium-ion battery. Or, for just $9,000 more, you can get the 75-kWh battery, and vanquish range anxiety by enjoying 500 km (310 miles) between charges.

My spin in the Model 3 was all too brief, but still a delight. On slinky, woodsy roads in Connecticut, the Tesla felt even quicker than its official acceleration figure of 0 to 60 miles per hour (97 kilometers per hour) in 5.1 seconds, thanks to the surge of instant-on torque from its single AC induction motor. Top speed of the long-range model is 225 km/h (140 mph).

Tesla has been mum on power output, but a Tesla filing with the United States’ Environmental Protection Agency cites 192 kW (258 horsepower) for the version with the bigger battery. Even the baseline car springs to 60 mph in a fleet 5.6 seconds. Later this year, Tesla hopes to offer a dual-motor, all-wheel-drive version that includes the Ludicrous mode made famous on other Teslas.

The styling is handsome, but it’s the interior and packaging that underline what’s so different about a Tesla. The clean, minimalist vibe makes even a Scandinavian-simple Volvo seem cluttered. Climate-controlled air flows through ingeniously hidden vents in the upper dashboard. The elimination of internal combustion frees space under the hood for a Porsche 911–style “frunk” that’s large enough for a roller bag. Fold the 60/40 split rear seats and you open enough space for a passenger to lie down, in a pinch.

The Tesla’s boldest innovation may be the way it eliminates the traditional driver’s instruments. They’re replaced by a 38-centimeter (15-inch) touch screen positioned in the center of the dash, between the driver and passenger, that controls virtually all vehicle functions—speedometer, other gauges, and media. It requires a bit too much eyes-off-the-road time, in my experience. Clearly, the system would work fine in the self-driving car of the future, but right now it’s facing some pushback from customers. Tesla CEO Elon Musk has already promised to address the problem with a more comprehensive set of voice commands to be delivered as an over-the-air software update. The Model 3 also comes with Tesla’s latest radar-and-camera-based Autopilot system (but no lidar as of yet) to allow semiautonomous driving, and Musk has promised, a bit vaguely, a “full self-driving capability” for $3,000 at a later date.

On the road, the Model 3’s steering is a bit too feather light, but it’s deadly accurate and responsive. The Model 3 dances through corners like a top-shelf sport sedan. It helps that the long-range Model 3 weighs barely 1,730 kilograms (3,800 pounds), about 360 kg fewer than the Model S. Body roll is virtually nil, made possible by the under-floor battery, which creates a limbo-low center of gravity.

Whereas Model S and Model X owners get about 400 kWh of free Supercharger credits per year, Model 3 owners will have to pay fees for access. But their ability to access Tesla’s unmatched, fast-charging Supercharger network gives the cars another major advantage over other EVs and plug-in hybrids. The DC units charge at up to 145 kW, enough to juice a Tesla to 80 percent capacity in under 40 minutes.

In California, with electricity priced at 20 U.S. cents per kilowatt-hour, Tesla estimates that customers will pay about $15 for a road trip from San Francisco to Los Angeles. For a reasonably thrifty conventional car that gets 7.8 liters per 100 kilometers (30 miles per gallon) on the highway, that 615-km (382-⁠mile) trip would cost about $40 in unleaded gasoline. Driving from Los Angeles to New York would cost a piddling $120, or figure on €60 to hop from Paris to Rome.

Yet though the cars and chargers are fast, the factory in Fremont, Calif., has been painfully slow. Musk made headlines around the world in July when he admitted the company faced a good six months of “production hell.” He was right: Fewer than 1,000 Model 3s were delivered between July and December, and under 2,000 by year’s end, not nearly enough to satisfy the roughly 500,000 fans who have plopped down deposits.

Tesla still insists it will boost production to an annual rate of 500,000 units during 2018. If Musk can figure out how to get mass quantities of Model 3s to his patient and adoring fans, his legend will be assured.