A "Sound Camera" Zeroes In on Buzz, Squeak, and Rattle 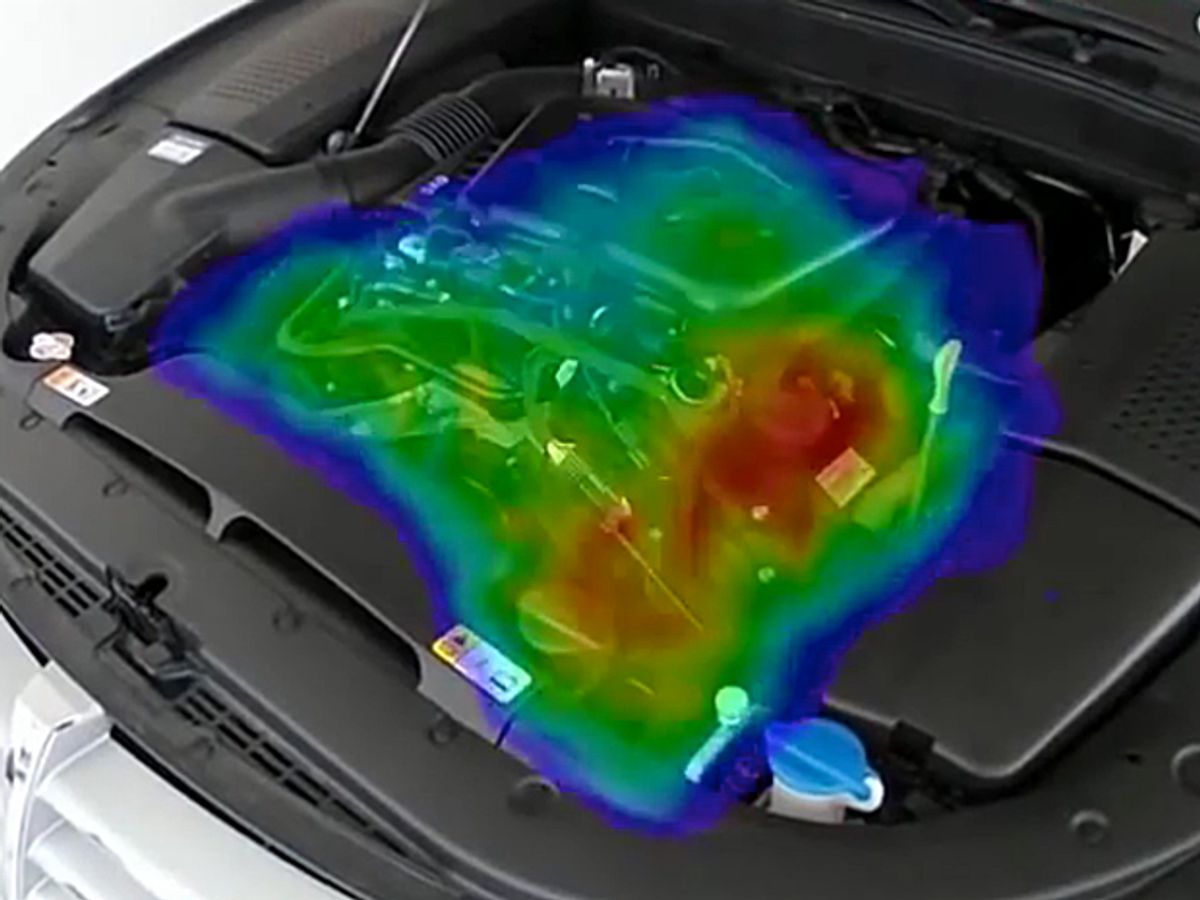 Annoying noise—what the automotive industry calls “buzz, squeak, and rattle” (BSR)—is the leading cause of customer complaints about new cars. Eliminating noise during the design and prototyping phase can pay big dividends…but locating transient, intermittent, ill-defined sounds like BSR or cricket chirps can be exasperatingly difficult.

Designers at Hyundai Motor Group enlisted SM Instruments, a Korean acoustic-engineering firm, to help them quickly locate irritating 200 Hz-to-20 kHz noises in car engines, bodies, instrument panels, seats, doors…any place components can vibrate or rub. The result was the SeeSV-S205, a compact, hand-held “sound camera”—an array comprising dozens of inexpensive-but-sensitive MEMS microphones (similar to those found in cell phones) in a five-armed spiral around a video camera. The device (like other acoustic cameras that have preceded it) compares the signals from all of the microphones—the process is called beamforming—to trace the incoming sound back to its source.

The SeeSV, however, compresses the microphone phased array into a compact housing with a single-board, reconfigurable input-output controller. The result is a handheld test instrument that, in real time (25 frames per second), superimposes a sound heat-map over the video image to quickly localize the sound. Field programmable gate arrays in the controller and a graphical user interface let the user narrow down the frequencies analyzed, to further increase accuracy.

For the First Time, Scientists Detect a Moving Photon Multiple Times Without Destroying It