With Pluto Encounter a Generation Passes the Torch

My generation will soon have witnessed every planet probed, but it's my grandchildren that will be the real explorers 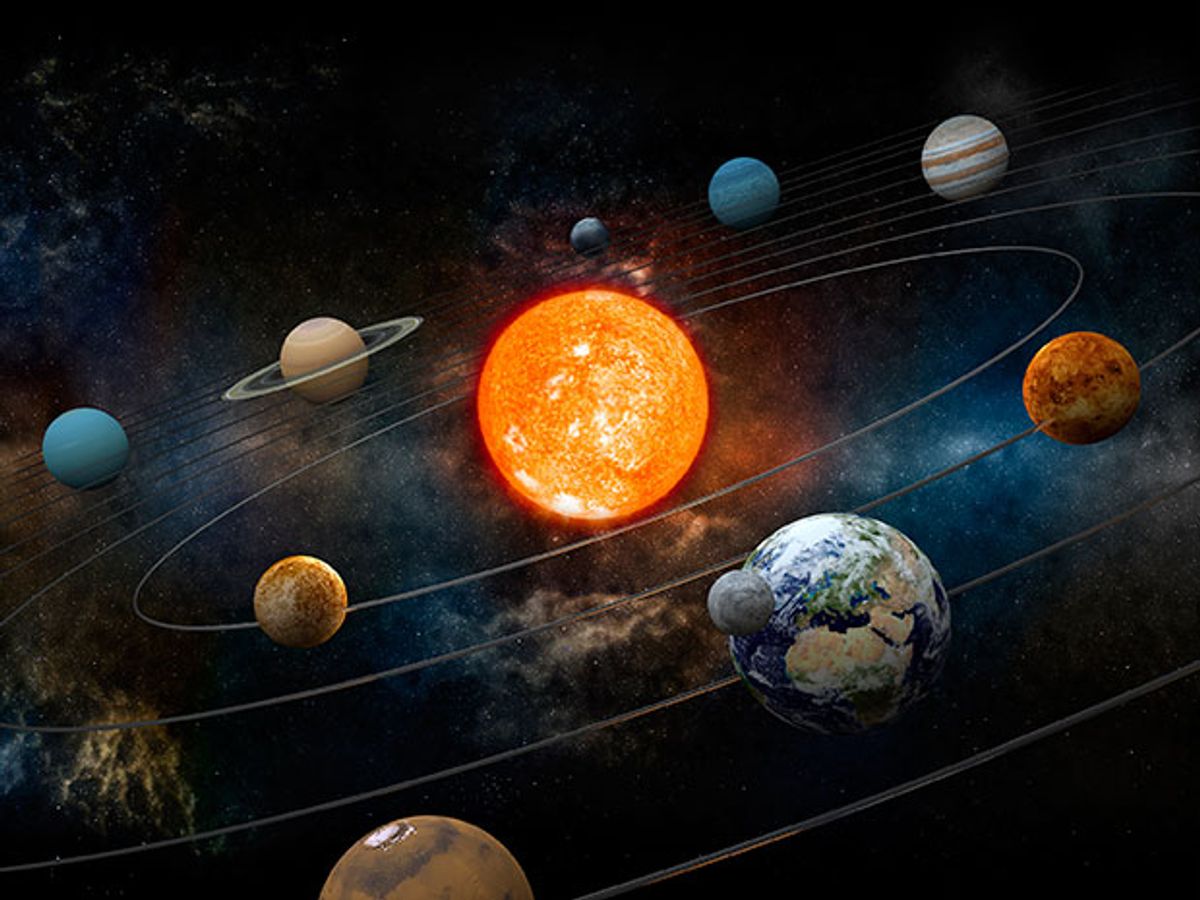 Those of us now into retirement age are—among holding other distinctions—the generation that the late Carl Sagan modestly described as holding a unique place in the entire history of humanity. As children, he related, we could look up at the other planets but could only wonder what it was like on them, based on telescopic observations, or on guessing. Sixty years later, as grizzled geezers, we remember watching the entire sequence of planets one after the other being probed and measured by human devices, revealing alien worlds in awesome detail. Now Pluto—which a spacecraft called New Horizons will fly by on Tuesday—completes the set. We were the last to have to guess and imagine; all future generations will have factual data and on-site images at their fingertips.

It is an amazing lifelong parade of discoveries that we can ponder in anticipation of the Pluto “grand finale”. As a lifelong space nut —I was 12 when Sputnik launched and I was already star struck—with a career in spaceflight, I’m bouncing up and down with anticipatory glee.

But I now see that Sagan was overstating the uniqueness of our cohort’s good fortune in scheduling our birth dates. Our grandchildren need not be envious of an experience they can never share, because I’ve become persuaded that their lifetime of space exploration will exceed our own in ways we didn’t even realize.

Some perspective is in order. Many human generations have witnessed revolutionary cultural and scientific leaps. My own grandfather Ed Grams [1885-1972] lucidly told me shortly before his death that he doubted I would see as much technological progress as he had, especially the run from the Wright Brothers (when he was 17) to the moon landing (when he was 84]). An astronomy enthusiast, he had been paying attention every step of the way – passing on his enthusiasm as well as artifacts like the 1880’s edition of Jules Verne’s “From the Earth to the Moon” he read as a youth. [The 1880s were particularly fecund, see “The Miraculous 1880s”]

Then the milestones of interplanetary flight became markers of my own life’s chronology. Sputnik went up when I was in 8th grade, and the first Venus mission at the beginning of college. The first ventures beyond the asteroid belt were launched just as I finished graduate school on a NASA traineeship. The Voyager probes went up when my first child was born, and Voyager-2 reached Neptune the year my second child began kindergarten. New Horizons left Earth when my second grandchild was in diapers.

My grandfather’s view that his generation was uniquely the one to experience the greatest scientific progress turned out to have been shortsighted for the same reasons that Sagan’s will. We didn’t probe the planets like our ancestors had probed the Earth—in manned vehicles and without a map. The popular culture images of space exploration as far back as the 1920s was rockets carrying human exploration teams to nearby worlds and even farther.

But it never happened that way.  New technologies enabled new strategies that are now completing the first reconnaissance of the Solar System. The activities of space probes in the Pluto system, around and on a comet, rolling across the surface of Mars, touring the Saturn system, and orbiting Vesta and Ceres in the asteroid belt, are a worthy culmination of such an approach, and are well worth celebrating. Keeping in mind how all earlier expectations were off target, what insights do our current euphoria offer for coming waves of space exploration that will fill the lives of our grandchildren?

The first new theme that comes to mind is the realization that our own solar system contains far more potential niches for life than we ever dreamed of only a few decades ago. This is the result of the convergence of two realizations. Earth itself has been discovered to contain thriving ecosystems hosting native biota that were nothing like the “life as we know it” of the beginning of the Space Age . Then it was also discovered that many objects in the solar system contain immense volumes of very similar environments, usually deep under the ice or underground. On site investigations of such environments on Mars, Europa, Enceladus and hopefully elsewhere, is going to be a task—and a reward—for a generation.

An associated realization I’ve been thrilled to watch develop is the notion that natural processes can spread biological material from planet to planet. Even before knowing how it could be done, some scientists a century ago had invented the term “panspermia” to describe it. A few decades ago, when some meteorites were proposed to have come from the surface of the moon and even Mars, skeptical scientists computed that the energy required to blow them off the planet would also pulverize and sterilize them. But that objection was voided when studies of craters on Earth and other planets showed that low-angle impacts could vaporize a patch of ground creating a jet of hot gas that would “gently” accelerate some rubble to escape velocity. After a period of interplanetary wandering, some of these would hit another world with an atmosphere thick enough to slow it to a non-pulverizing impact. This implies that the worlds of the solar system are not necessarily biologically isolated—an awesome notion with potentially profound implications for coming decades of exploration.

The second theme that may dominate the next space exploration phase is not just looking or even touching, but retrieving and manipulating and exploiting extraterrestrial resources. Humans and robots have returned samples of the moon, and farther-flying robots have done the same with comet dust and flecks of an asteroid, with more to come. Russia’s long-frustrated ambition to return samples from a moon of Mars may finally be fulfilled, perhaps by a Japanese probe. Beyond such simple sampling lie proposals for in situ use of the chemical components of atmospheres and retrievals of small asteroids (or boulders off them) for near-Earth examination. Variations are endless.

And there are more themes, even more exotic, some still unformed.

The Pluto triumph, even as it marks a bookend to a glorious succession of space missions across my entire lifetime, is an unalloyed wellspring of joy because it marks an opening of new avenues of exploration. The past is not a nostalgia-inducing chronology of a vanished age of heroics that our grandchildren need be envious of. Those missions barely unlocked the doors to greater destinations. Everything before serves merely to whet our appetites for unimaginable extraterrestrial epiphanies, and—notwithstanding Sagan’s (and my grandfather’s) view of generational exceptionalism—it is no more than a prologue.

James Oberg is a retired "rocket scientist" in Texas, after a 20+ year career in NASA Mission Control and subsequently an on-air space consultant for ABC News and then NBC News. The author of a dozen books and hundreds of magazine articles on the past, present, and potential future of space exploration, he has reported from space launch and operations centers across the United States and Russia and North Korea.

In 1960, astronomer Frank Drake turned the radio telescope at the National Radio Astronomy Observatory in Green Bank, W.Va., toward two nearby sunlike stars to search for transmissions from intelligent extraterrestrial societies. With a pair of headphones, Drake listened to Tau Ceti and Epsilon Eridani for a total of 150 hours across multiple sessions. He heard nothing, except for a single false positive that turned out to be an airplane.

Statistically speaking, Drake's pioneering project had little chance of success. Estimates from both NASA and the European Space Agency (ESA) suggest that our galaxy alone contains roughly 100 billion stars. (And there are perhaps 2 trillion galaxies in the universe).