Waymo Filings Give New Details on Its Driverless Taxis 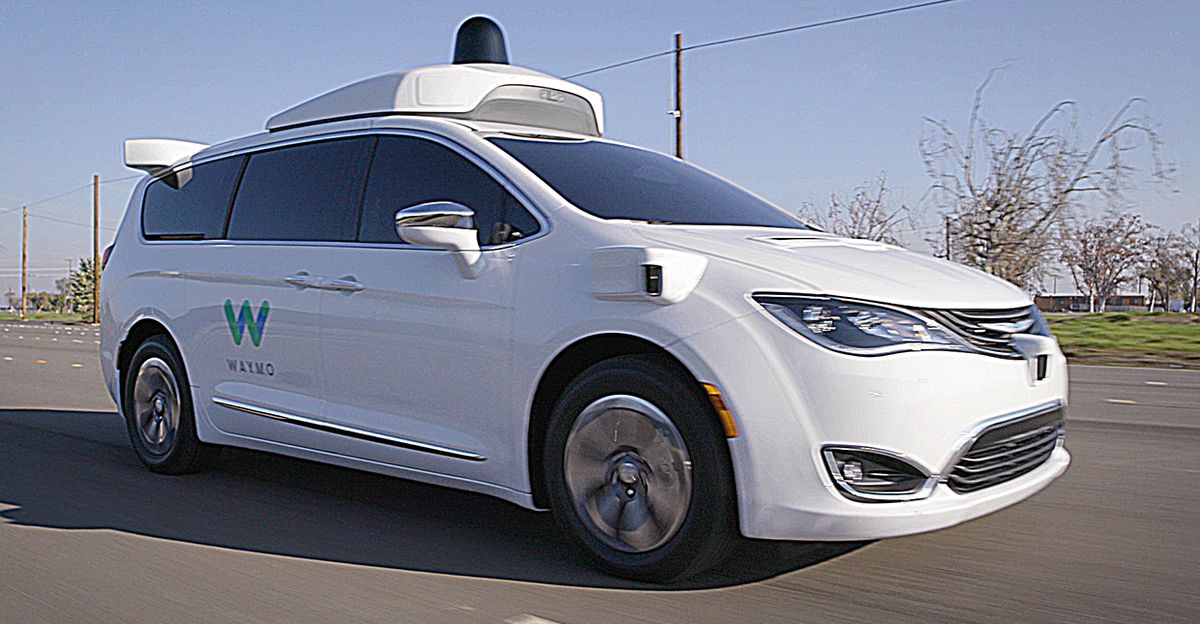 Waymo CEO John Krafcik announced last week that the company would be launching a driverless taxi service in Phoenix later this year. An application Waymo filed with the California Department of Motor Vehicles (DMV) for driverless testing, obtained by IEEE Spectrum using public record laws, reveals more about how that service might work.

Waymo is already operating a fully driverless pilot test in Arizona, where companies do not have to seek permission for self-driving cars, with or without human safety operators, or report on their progress. It’s a different matter in California, where many self-driving companies are based. In April, the state’s DMV started accepting applications for fully driverless testing. So far, the DMV has received two applications—one from Waymo, an Alphabet company, and the other from U.S.-China startup JingChi.ai.

Waymo’s application seeks permission for 52 fully driverless vehicles, 27 registered in California and 25 with Arizona plates. All are Chrysler Pacifica hybrid minivans, similar to those currently deployed in Arizona. Waymo intends to test its vehicles in an intensively mapped geofenced area of about 50 square miles near its Mountain View offices. Passengers cannot select a destination outside that area, and Waymo’s software will not create a route that travels outside the geo-zone.

The startup JingChi is developing autonomous vehicles it hopes to test in California. Photo: JingChi.ai

JingChi is being much less ambitious. The startup, which has been embroiled in a trade-secret dispute with Baidu, received a DMV permit to test autonomous vehicles with safety drivers only last June. The new application requests permission to test a single driverless 2017 Lincoln MKZ hybrid. In a heavily redacted application, the company told the DMV that it will “initially test the driverless [vehicle] at low speeds in parking lots and on public roads with little traffic and no bystanders,” in a nonresidential area near its Sunnyvale headquarters.

Manufacturers also have to inform the DMV of the “operational design domain” for their vehicles. Waymo says its vehicles can handle most roads and parking lots, and speeds of up to 65 miles per hour (mph). They can also cope with fog and light rain, and nighttime driving. If Waymo’s minivans encounter heavy rain, snow or ice, flooded roads, or off-road terrain, they will seek a “minimal risk condition” (which usually means stopping in or by the side of the road). Waymo vehicles will also halt operations if they detect a failure, hit something, or sense that their airbags are deploying. JingChi redacted details of its operational design domain, but the company did state that it would be testing day and night.

On top of these precautions, California also requires fully self-driving vehicles to have a remote operator in case the car fails or suffers a collision. JingChi will have a human monitoring the car from its office, able to take remote control if the autonomous system fails, if a passenger requests it, or if someone calls the company to report a problem.

Details of how that remote control will work were redacted from the filing, but some aspects of it are confusing. One condition that would cause the operator to immediately intervene is a “communications portal or data link malfunction.” This raises the question of how a remote operator could control the car without such a link, although a redundant system was briefly mentioned. The application also states that if a person grabs the steering wheel or hits the accelerator or brake pedals, the autonomous and remote control systems will both disengage. JingChi says that this will only be used as a last resort by qualified JingChi operators, not passengers.

Neither Waymo’s remote operators, nor its passengers, will be able to take control of the company’s vehicles. “For safety reasons, and because Waymo's vehicles already handle the entire dynamic driving task at SAE Level 4, Waymo neither has such functionality today, nor do we intend to moving forward,” it wrote in its application.

Instead, Waymo has two teams that will monitor each car while it’s in service. Fleet Response Specialists possess valid driver’s licenses and are responsible for monitoring the status of all Waymo vehicles in real time using a virtual tool. A separate Rider Support team provides customer support and is available to communicate with passengers at any point. Waymo specified that it had trained 70 Fleet Response Specialists and 23 Rider Support team members—suggesting that when a service does roll out, it will be on quite a significant scale.

The DMV application also includes a law enforcement interaction protocol—how the cars will respond to police, paramedics, or firefighters, and how those officials should treat the novelty of a driverless vehicle. Waymo says that its minivans will recognize and yield to emergency vehicles, and pull over to a stop if they see a police car flashing its lights behind them. (The protocol did not mention whether the vehicle would also recognize police officers on foot, such as those who stand at intersections to direct traffic.) The Waymo vehicle can unlock its doors and roll down a window so that an officer who approaches it can communicate with Waymo’s Rider Support Team. That team can then dispatch members to assist passengers or first responders.

JingChi and Waymo are both providing local law enforcement with a toll-free number and a booklet showing how to identify their vehicles, as well as detailed instructions on how to break into and immobilize the vehicles, if necessary. Some of Waymo’s minivans have a prominent “e-stop” button that causes it to exit from self-driving mode, while others require entering a coded sequence on the minivan’s cruise control buttons.

One warning in Waymo’s booklet reads: “Caution—if engine ignition is still on or vehicle is not in Park, minimize time in front of vehicle.” If the police need to tow the vehicle, another section politely requests, “Please use caution to avoid damaging sensors.”

The DMV did not immediately confirm to IEEE Spectrum that the two applications had been granted. Even if they are, Waymo wrote in letters to several Mountain View municipalities that “this does not mean driverless vehicles will be arriving in your city immediately.” The company intends to re-map the roads with human drivers before beginning driverless operations. Waymo also wrote that it would notify the cities and hold “open house” events for residents first.

Editor’s note: This story was updated on 14 May to correct the type of driverless vehicle that JingChi plans to test (a Lincoln, not a Lexus) and to clarify how its disengagement feature would operate.