Uber Turns from Google, Teams Up with Carnegie Mellon on Self-Driving Cars 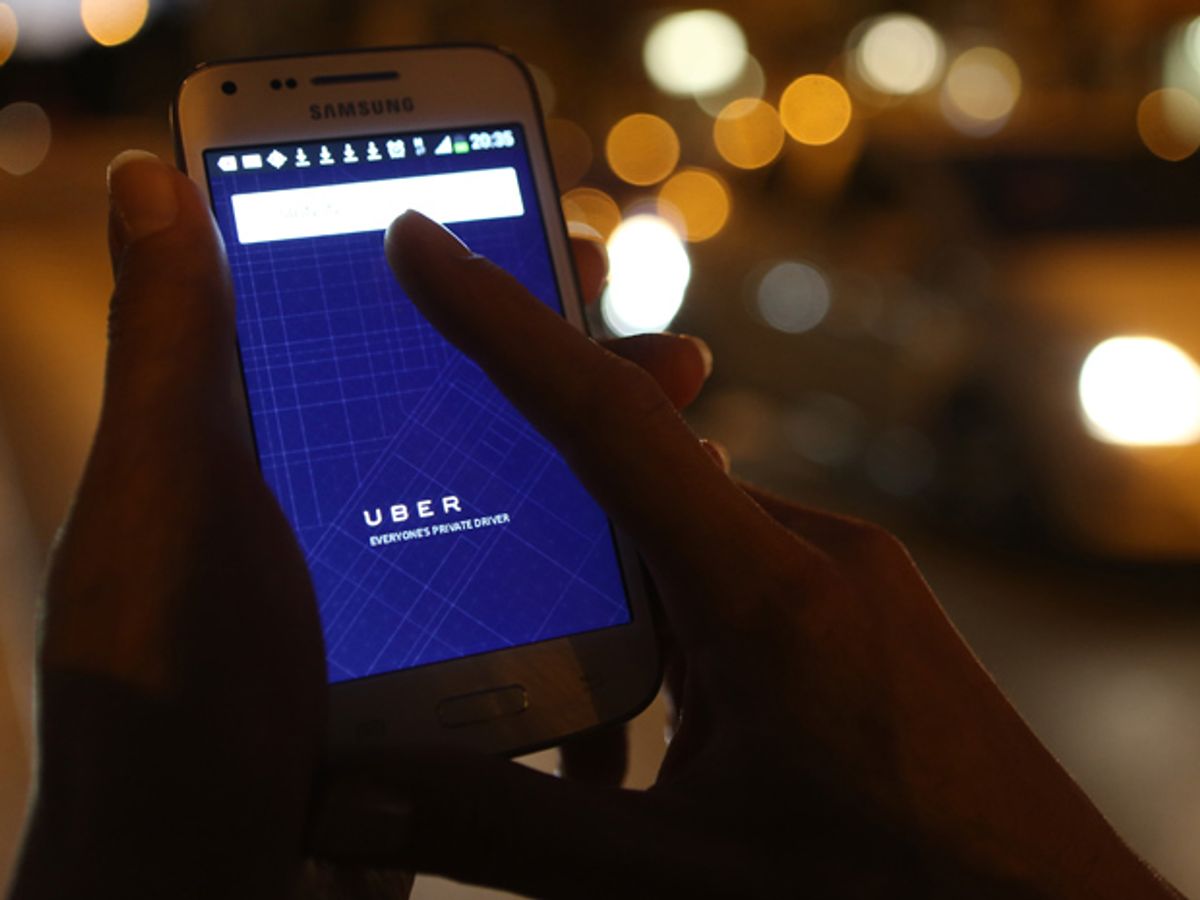 Yesterday, TechCrunch previewed the announcement of a partnership between Uber and Carnegie Mellon University to create the Uber Advanced Technologies Center. CMU and its National Robotics Engineering Center (NREC) will be working with Uber on research and development “primarily in the areas of mapping and vehicle safety and autonomy technology.” Looks like Uber wants to start working on its own self-driving cars.

While this is obviously great news for autonomous cars in general, it complicates the relationship between Uber and Google, the company that currently has the most experience in autonomous cars. In August of 2013, Google Ventures invested over a quarter of a billion dollars in Uber. It’s easy to see why Google was so optimistic about Uber, even if we just look at it purely from an autonomous vehicles perspective: the idea of autonomous taxis makes a huge amount of sense—even more than making autonomous vehicles available directly to consumers. With cars that drive themselves, you don’t need to own a car, since you can (hypothetically) have access to one whenever you need it, without depending on the availability of a human driver, which is how Uber currently works. And no matter how much you drive, your car probably spends the vast majority of its life inefficiently sitting empty and useless. There are so many arguments for autonomous car sharing that Google, with its moonshot philosophy, must see it as an inevitability. And Uber is a logical if incremental step in that direction. The autonomous vehicle technology itself is yet another step, along with social and legal acceptance.

The question, then, is why Uber has suddently decided to scrap a partnership that seems like it would be mutually beneficial for both it and Google in order to invest so heavily in its own autonomous vehicle research. According to Bloomberg News, it may be because Google has quietly been developing a ridesharing app that is in active use by Google employees—although the Wall Street Journal spoke to a Google source who said that the app was designed for carpooling and was not a competitor.

One possibility (and this is just speculation) is that there’s a big difference between developing autonomous car technology, which is what Google has been doing, and manufacturing autonomous cars. Despite having created fully-autonomous car prototypes, Google has consistently maintained that it doesn’t want to get into the automotive manufacturing business, and that it would be much rather partner with existing manufacturers who want to leverage the robocar technology that Google has developed. This doesn’t necessarily do much for Uber, which probably wants an autonomous car solution. Google doesn’t have any existing partnerships that we know about, and in the meantime, car companies are actively developing autonomous technologies by themselves. They’re not nearly as far along as Google is, but on the other hand, technologies such as adaptive cruise control and lane keeping are already in production cars that you can buy right now.

To be clear, there’s a huge difference between the full autonomy that Google is working on, and the partial autonomy that manufacturers are expecting to have in consumer vehicles in the next few years. Our guess has always been that what Google ultimately wants, as a data company and not a hardware company, is to provide the maps and mapping intelligence for autonomous vehicles, and not the vehicles themselves. Uber, on the other hand, wants its own robocars, and maybe that’s what this new partnership with CMU is about.

It’s also worth noting that much of Google’s existing self-driving car program came from a very similar academic foundation. In 2005, Stanford’s autonomous Volkswagen Touareg “Stanley” won the DARPA Grand Challenge for autonomous vehicles, and in 2007, “Junior” took second in the DARPA Urban Challenge. Both of these teams were led by Stanford professor Sebastian Thrun, who took a sabbatical in 2007 to work at Google on autonomous cars and basically never left.

In 2010, Volkswagen invested a bunch of money into VAIL, the Volkswagen Automotive Innovation Lab at Stanford. It was such a big deal that German Chancellor Angela Merkel attended the opening. Later in 2010, Google’s autonomous car program was announced, and soon after that, Thrun officially left Stanford to work full time at Google. From what we hear, many, if not most, of the Stanford students with autonomous car experience have also moved to Google. This left VAIL feeling rather empty and (one has to assume) also left Volkswagen rather irked. Similarly, sources at CMU told TechCrunch that Uber has already hired more than fifty scientists from CMU, leaving NREC “cleaned out,” just as VAIL was.

However, this is the whole point of academic research, right? You get something working in a laboratory like VAIL or NREC, and then once it’s pretty solid, you take it out of the lab and start trying to get it to a point where it’ll work in the real world. After that, you commercialize it so that you can make a whole bunch of money by selling that technology to people like me, who are more than happy to pay you because it makes our lives better.

Regardless of what ends up happening between Uber and Google, more investment in autonomous cars is an absolutely fantastic thing. Beyond technology development, there are a lot of legal and social issues that have to be figured out. Overcoming those hurdles will take the coordinated resources of as many major players as possible, including Uber, Google, car manufacturers, and consumers who say, “Yes, this is something we want.” Autonomous cars are safer. They’re cheaper. They can make commutes quicker, unknot traffic jams, and be efficient public and private transit all at once. This is the next big thing. Let’s make it happen.