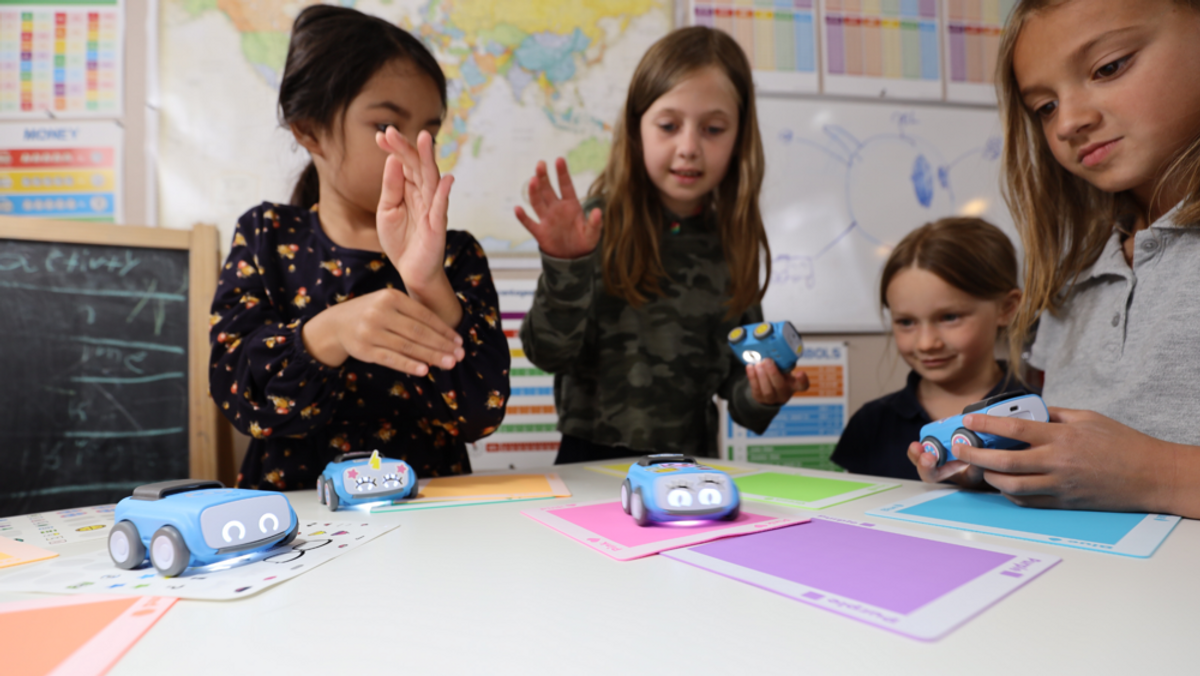 Sphero has just announced a new educational robot called indi, a not-at-all-spherical little four-wheel car-thing with a cute face, what appears to be a spoiler of questionable aerodynamic value, and a color sensor underneath. The infuriatingly noncapitalized indi can be programmed using tiles of different colors that call different functions that the robot executes as it drives over them, making it super accessible to even pre-kindergarteners. It’s never too soon to get kids excited about robots, and it doesn’t get much sooner than this.

The indi learning robot is designed to introduce early learners to the fundamentals of computational thinking, STEAM, and computer science principles while encouraging open-ended, imaginative play-based learning with real-life scenarios as students build custom mazes and solve puzzles. Indi offers an unplugged programming experience with an on-board color sensor, or students can kick their skills into high gear with more coding options in the free Sphero Edu Jr app.

We should note that this is not a new approach to coding; a variety of other educational platforms (like Root) can detect and respond to colors on surfaces, and Ozbot is designed for ages six and up and can be programmed by drawing lines of different colors on a piece of paper. Sphero has a bit of a different approach with indi, though, since moving those cards around seems like a much more dynamic physical process that might appeal to younger kids in a different way.

Once kids decide that they want indi to do more than it can with the color tiles alone, Sphero’s app can connect directly to the robot and allow you to do things like reprogram the functions of each tile, design custom programs using a Scratch-like interface, control indi’s lights and sounds, and even manually drive the robot. This same programming interface can then be extended to some of Sphero’s other robots, offering a transition to more complex coding once kids reach third-ish grade. You can move on to the actual spherical Sphero robot, as well as the Sphero RVR when you’re ready for something more hackable.

An indi educational kit, which comes with one robot, 20 silicone color tiles, and some challenges to get you started, can be pre-ordered for $125 and is expected to ship in September.

education educational robots Sphero
Evan Ackerman
Evan Ackerman is a senior editor at IEEE Spectrum. Since 2007, he has written over 6,000 articles on robotics and technology. He has a degree in Martian geology and is excellent at playing bagpipes.
The Conversation (0)
Type Analysis Topic Energy

Peering Into the COVID-19 End Game

What We Lose When We Lose Museums