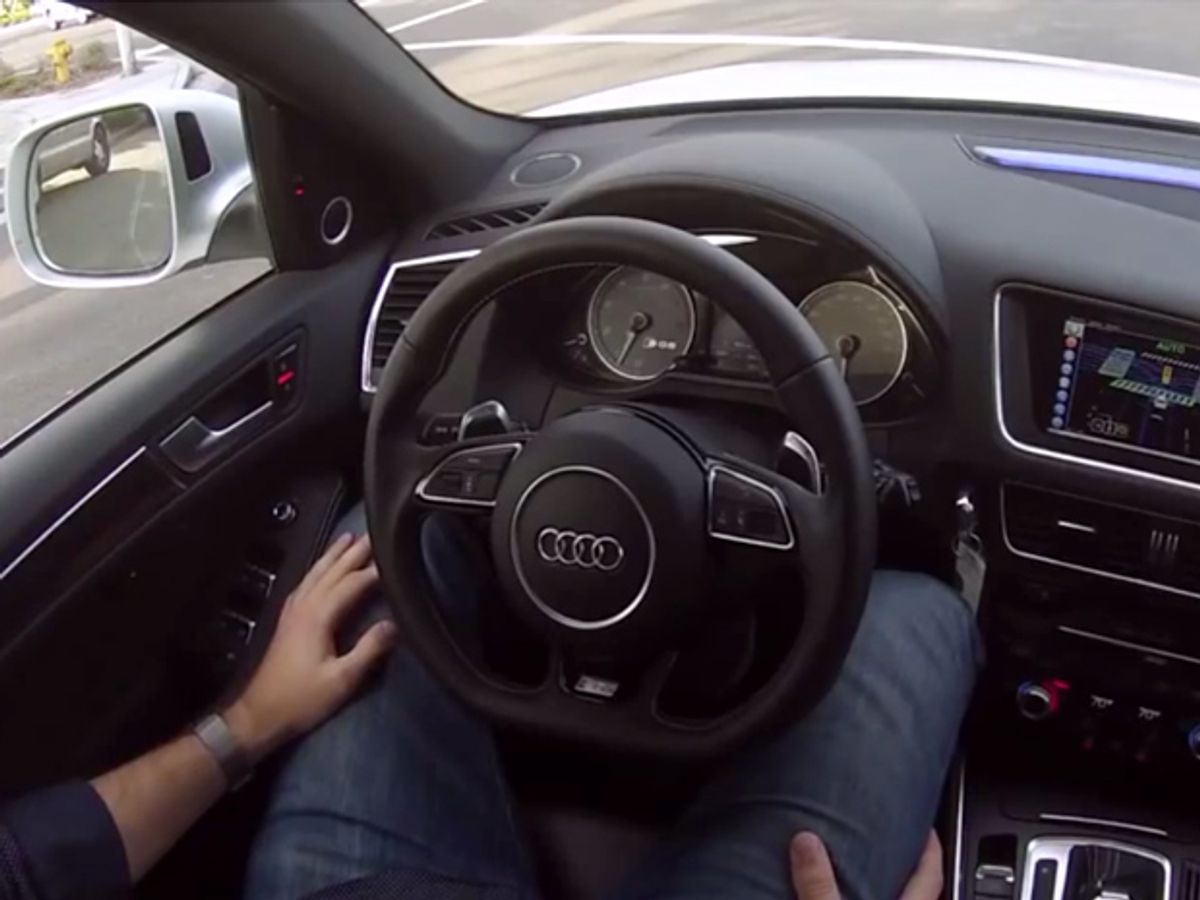 Cross-country road trips could be so much more fun without arguments about whose turn it is to get behind the wheel. A self-driving car aims to test that idea by making the 5600-km drive from San Francisco to New York City with a few human passengers tagging along for the ride.

The latest robotic car demonstration doesn’t come from Google or one of the many car manufacturers working on self-driving cars. Instead, it’s the brainchild of Delphi Automotive, a company that develops technologies for automotive components. Delphi transformed a 2014 Audi SQ5 luxury SUV, according to Wired. The vehicle, which Delphi debuted at CES 2015, includes four short-range radars, three vision-based cameras, and six lidars, among other systems. The vehicle will set out on its eight-day journey starting on 22 March.

Self-driving cars have already covered hundreds of thousands of kilometers during road tests by Google and other companies. But the cross-country road trip could provide terabytes of information for Delphi’s sensors that would help the company improve the software and hardware needed for autonomous vehicles.

A growing interest in smart car and self-driving vehicle technologies has spelled good business for Delphi. The company made $1.4 billion in 2014 from selling technologies such as active safety features that automatically keep cars from drifting across lanes or that brake faster than humans can react.

The self-driving car aims to cover the cross-country trek by driving within the speed limit for about eight hours a day. Humans will take over the steering wheel whenever the car gets off the highway. If everything stays on schedule, the car and its occupants should arrive in New York City just in time for the New York International Auto Show, which begins on 3 April.