Why Roboticists Should Join the Trillion-Dollar Driverless Race 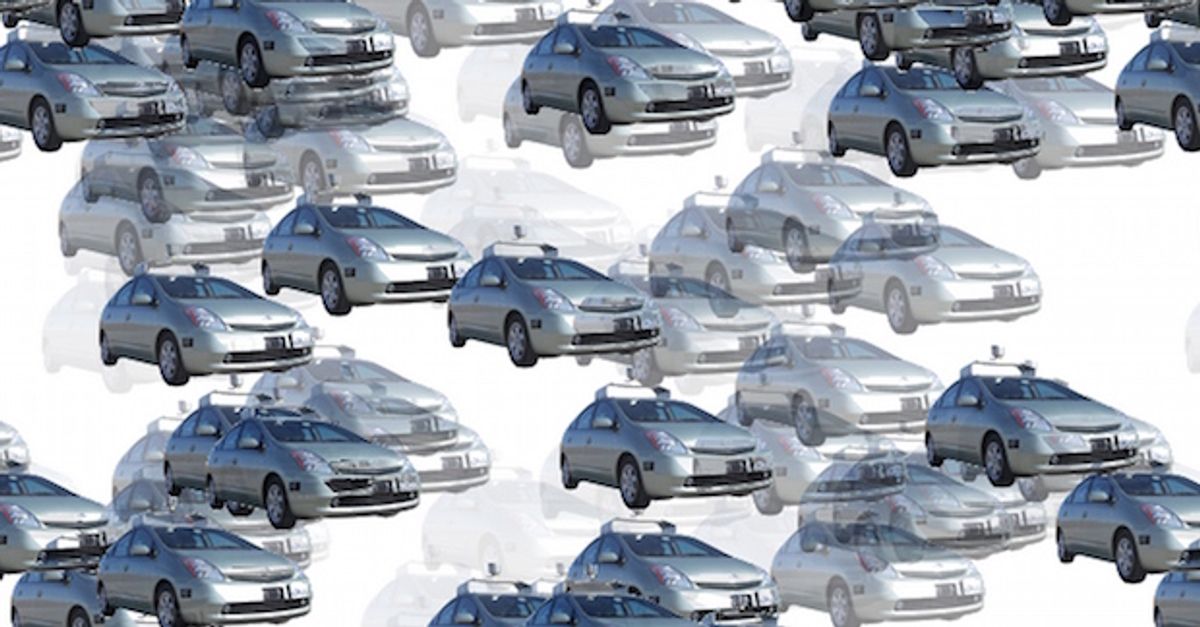 This is a guest post. The views expressed here are solely those of the author and do not represent positions of IEEE Spectrum or the IEEE.

There's certainly a lot of questions about autonomous vehicles and how to regulate, insure, and make them safe as we start putting them on the street. But for me what is certain is that we'll be able to sort through those issues, and a future of robotic cars cruising through our neighborhoods is ultimately inevitable. The fact is, removing the driver is as revolutionary today as removing the horse at the turn of the last century. The industrial revolution made affordable automobiles a reality. Now, technologies like cheap 3D sensing, ubiquitous connectivity, and novel AI algorithms will put self-driving cars on the road within the next decade.

To get to that future, however, I believe we'll need an incredible amount of innovation—the kind of inventiveness and persistence we usually see in small, fast, nimble startups. These are the companies, I think, that will build the technologies needed for our future robot cars. So if you work in robotics and you're not paying attention to autonomous vehicles, you're ignoring a huge opportunity; in fact, you might be snubbing a trillion-dollar market.

According to the U.S. Department of Energy, cars and trucks will travel more than 3 trillion miles on American roads this year. If we were to apply the minimum wage to the time required to pilot vehicles through even just a fraction of those miles, autonomous driving will amount to a multi-billion-dollar business opportunity in the United States alone. Another study, by the American Transportation Research Institute, concluded that 35 percent of all long-haul trucking costs, which exceeded $642 billion in 2012, are associated with driver wages and benefits.

Consulting firm McKinsey's forecast for driverless vehicle adoption. Will it be as accurate as their prediction of mobile phone adoption? Image: McKinsey

Driverless cars are going to impact what we pay for food, basic services, and most important, give back the time we traditionally allocate to driving as well as reduce the number of deaths and injuries related to driver error. And these are just some of the economic implications of autonomous vehicles. As this technology spreads and expands throughout the globe, we'll see tech giants like Google, Uber, and Baidu, as well as a plethora of startups, competing in a trillion-dollar driverless race, which will culminate in an era when self-driving cars become “the primary means of transport" for most of us (see illustration above). As Marc Andreessen recently noted, “It seems likely we are witnessing the birth of four major new American automakers: Google, Apple, Tesla, and Uber. Who would have guessed!"

Carmakers will take part in this race, of course, but they are at a significant disadvantage. Through the Great Depression, the auto industry was heralded as the birthplace of the greatest innovations on earth. As the automotive business matured, though, the technical visionaries handed the wheel over to financial engineers, who were more focused on short-term performance. As a result, carmakers spun off their technology development groups: Delphi from GM and Visteon from Ford, for example. Today, these so-called Tier One suppliers, which include also Bosch, Continental, Denso, among others, develop, test, and integrate automotive technology across all brands. Most carmakers, then, focus on aesthetic designs, tuning, branding, and billions in marketing to stay in existence.

In fact, look at how the first major self-driving car program came about in the United States. The initiative didn't come from GM, Ford, or Chrysler; it came from Google, when it acquired 510 Systems and poured significant resources into a program that was the first to demonstrate a truly autonomous car driving on public roads.

Carmakers know they must change to survive. Nissan chief Carlos Ghosn has been a big proponent of autonomous vehicles, and his company was one of the first to announce an effort towards introducing a fleet of driverless taxis. Meanwhile, Tier One suppliers try to catch up as well. One of them, Continental, recently announced that it is accelerating its driver assist efforts by, among other things, acquiring Elektrobit for over $650 million.

“Driverless cars require innovation and engineering at a pace that traditional automakers can't match . . . That's where I see a big opportunity for startups."

But the upshot is driverless cars require innovation and engineering at a pace that traditional automakers and their “tiered" supply chain can't match. The intense level of regulatory pressure applied to automobiles, in addition to the financial burden of serving warrantees, has led to an extremely structured engineering and redundant validation process where rate of innovation takes a back seat.

That's where I see a big opportunity for startups, capable of not only keeping up with but actually accelerating the pace of innovation in this field. Safety technologies such as ABS, traction control, and airbags took a decade to enter high-end cars and decades more to penetrate into mainstream models; prototype driverless cars went from being rigs with cameras less than a decade ago to nearly production-ready today.

Tesla has proven that new components can continuously go into existing models, while software can be downloaded over the air without risking disaster on the road. Startups are designing driverless vehicles by creating methods that allow them to quickly simulate, test, and adopt new technology. Thousands of driving hours under all foreseeable conditions will take place in racks of servers running hundreds of GPUs, rather than test tracks in extremely hot and cold areas in the world. Startups will accelerate innovation in car tech just as they did for computing during the PC revolution.

One particular area ripe for innovation is sensing and perception. Traditional 3D scanners have been large, bulky, complex mechanical devices that do not scale with Moore's Law. We've all seen the rotating Velodyne scanners, themselves costing more than a mid-range Mercedes, proudly mounted on Google and Uber's self-driving cars. New concepts such as compressive sensing, photonic phased arrays, and MEMS scanning mirrors are enabling cheap, miniature, solid-state 3D scanners.

The evolution of traditional automotive technology followed the blue curve, with a focus on assisting the driver. Recent innovations, although they'll apply to driver assistance in the near term, will follow the red curve toward full vehicle autonomy. Image: Handbook of Intelligent Vehicles

Meanwhile, traditional computer vision has been improving dramatically. Israeli startup Mobileye has been successfully shipping a 3D sensing system in volume. And the ImageNet project spurred efforts from Google, Baidu, and startups such as Clarifai (disclaimer: my firm, Lux Capital, is an investor in the company) to master unsupervised learning for image recognition. Unsupervised learning is now being put to work to interpret data from cameras and lidar to bring computer perception close to, and perhaps soon even beyond, human capability. While historical technology innovations were centered around aiding the driver, new technologies are emphasizing removing the driver altogether (see illustration above).

A number of startups plan to enter the market by offering automakers all kinds of solutions for driver-assist systems. But that's just the beginning. The technological needs of this new industry are immense, and so are the potential financial rewards. Are you a roboticist looking for a startup idea? Don't waste any more time—the (driverless) race is on.

Shahin Farshchi, an IEEE Member, is a partner at Lux Capital, where he invests in transportation, robotics, AI, and space startups. Follow him on Twitter: @farshchi.