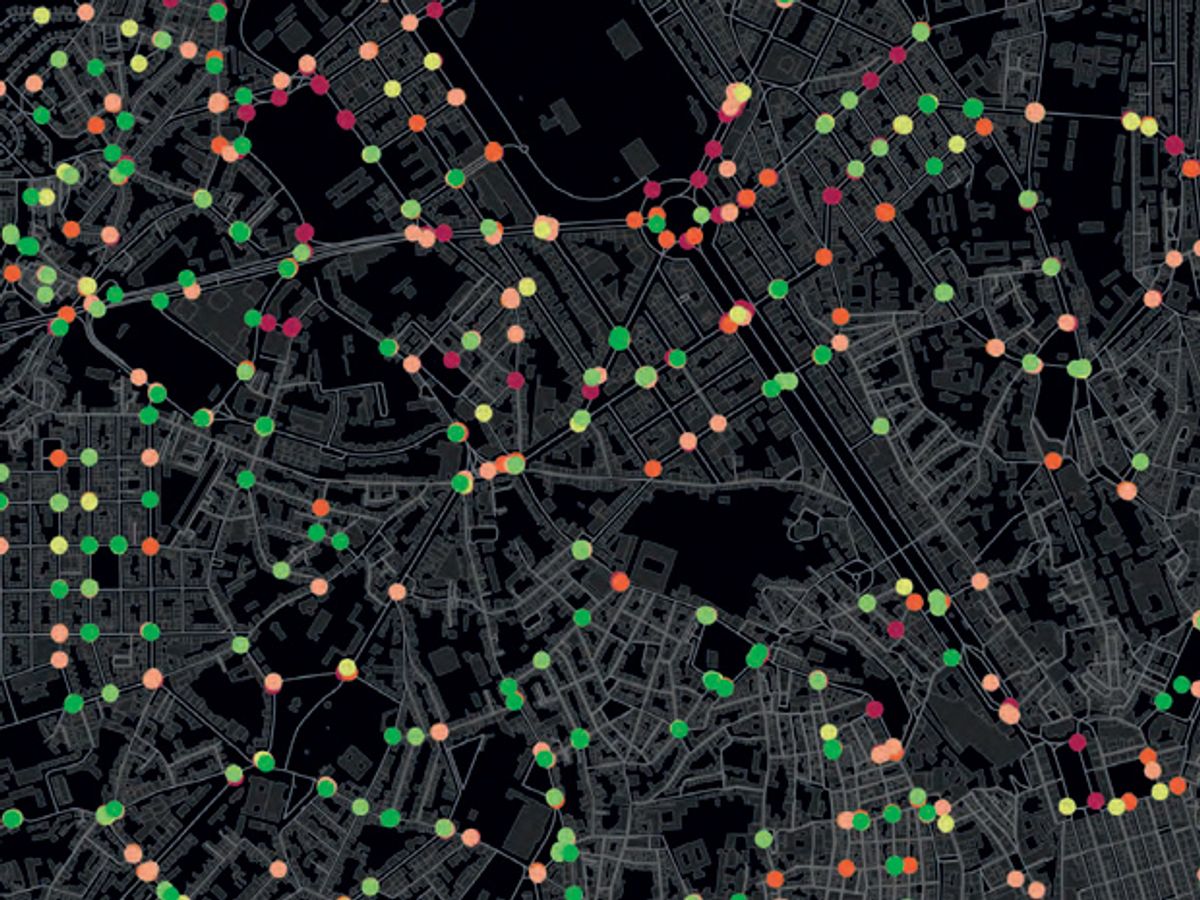 IEEE Spectrum has already reported on the race to build the first robot taxis. We noted in a February article that Google has a working prototype, Uber has begun working on robocars with Carnegie Mellon University, and Nissan has announced plans to work with NASA to “demonstrate proof-of-concept remote operation of autonomous vehicles for the transport of . . . goods . . . and people.”

Now we know more about how robotaxis might change the urban landscape. A team of transportation scientists at the Organization for Economic Cooperation and Development’s International Transport Forum recently released the results of a study [PDF] looking at the possible effects of self-driving cars on urban traffic. What they found is that robocars will have a dramatic effect on cities, allowing significant swaths of land now dedicated to travel to be turned over to recreational and commercial use.

The researchers imagined what might happen when all human-driven cars are replaced by a combination of shared and semi-private self-driving vehicles in a midsize European city. They used computer models based on data from actual trips in Lisbon, Portugal—but with two different self-driving vehicle concepts, the “TaxiBot” and “AutoVot,” standing in for conventional human-operated cars. TaxiBots are self-driving cars that would be shared simultaneously by several passengers. AutoVots, on the other hand, would pick-up and drop-off passengers one at a time, preserving the feel of a private vehicle.

The researchers ran the projection according to two rules:

First, the urban mobility system upgrade with a fleet of TaxiBots and AutoVots should deliver the same trips as today in terms of origin, destination and timing. Second, it should also replace all car and bus trips.

The group kept track of the effect this would have on the total number of cars on the road, how many trips would need to be made (with vehicles occupied or unoccupied), the number of miles that would be driven, how many parking spaces the city would need.

They discovered that TaxiBots and AutoVots, combined with high-capacity public transport such as light rail, would deliver the same ability to get around inside a midsize European city, but with only 10 percent of the number of cars on the roads today. Remarkably, they found that even without mass transit, a city’s populace could be accommodated with nearly 80 percent fewer cars than are registered now. Another by-product of this change, they deduced, would be a 10-percent reduction in commute times during rush hour.

Moreover, said the researchers, the reduced demand for cars and the resulting drop in the amount of space that needs to be reserved for parking will free up the “equivalent to 210 football fields or nearly 20 percent of the [curb-to-curb] street space in our model city.” They added that 80 percent of off-street parking could also be removed, freeing up even more space for uses besides stashing vehicles for the 90-plus percent of the time that they’re not in use.