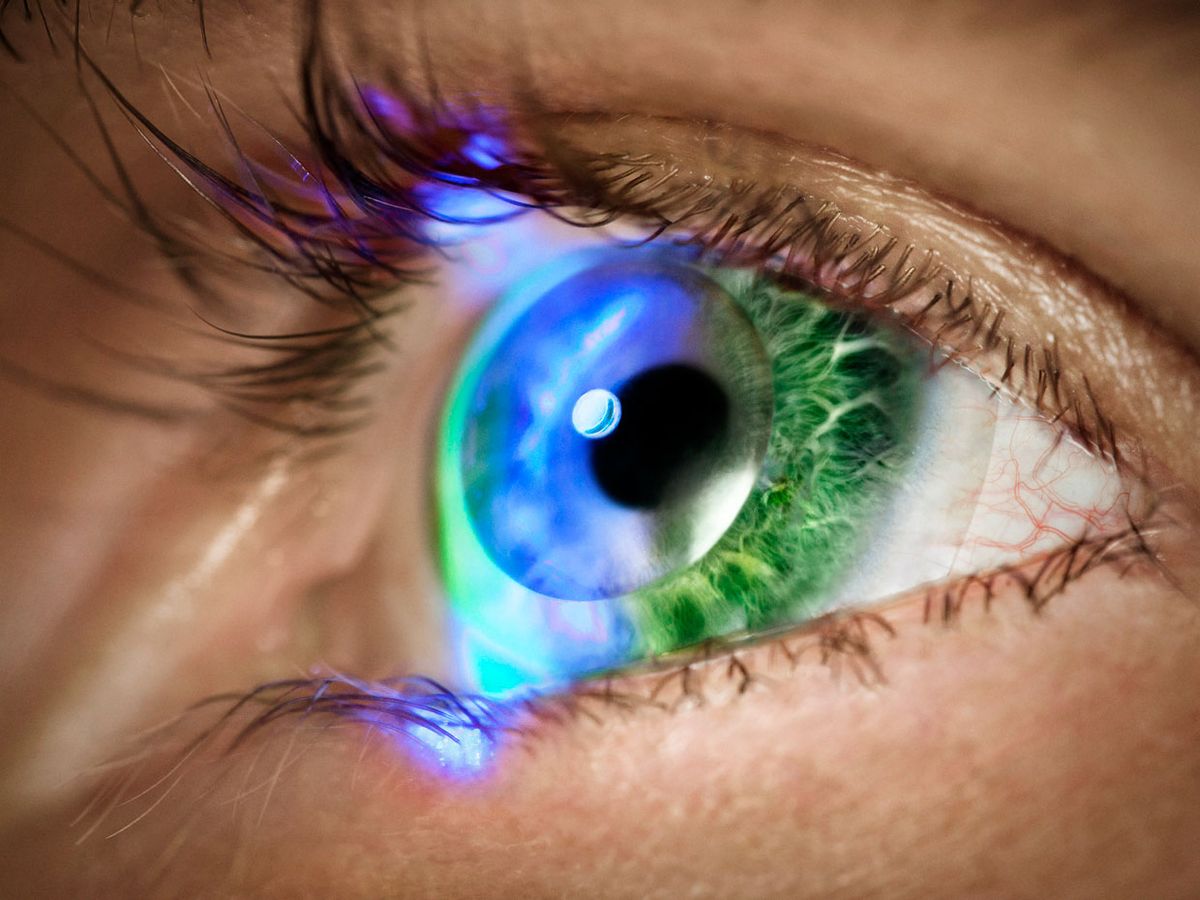 Augmented reality’s promise—integrating navigation, 3-D multimedia, and visual search tools into our field of view—requires high-tech spectacles that seamlessly blend digital graphics with the real world. Today’s AR systems, however, ask users to either wave a smartphone screen in front of them, which is hardly immersive, or wear headsets that are anything but discreet.

The problem lies not with the displays or the devices, which have pixels and processing power to spare, but with the human eye itself. Even the most eagle-eyed youngster is unable to focus on anything closer than about 7 centimeters, necessitating complex and relatively bulky AR optics to make nearby screens appear farther away.

Innovega, a start-up based near Seattle, has a novel solution: adjusting the user’s vision. It has developed contact lenses with tiny “lenslets” at their centers that can have a focus as near as 1.25 cm, enabling displays to be built into normal-looking glasses without the bulky optics.

Funding: $2M from an unnamed Internet services company and additional funding from project grants from the U.S. National Science Foundation and DARPA.

Crucially, the lenses don’t impede the ability to see objects further away. An optical filter layer excludes linearly polarized light over most of each lens. Behind the central lenslet, however, the layer allows only polarized rays through. Thus, both a close-up display emitting polarized light and the distant background will look sharp. The layer also prevents light from an AR display entering the rest of the lens and creating a distracting blur.

The company intends to license its technology to contact lens manufacturers (its lenses can also incorporate vision correction), and to partner with consumer electronics firms making wearable gadgets like the Google Glass prototype. However, its first customer is likely to be the U.S. military, which has provided research funding. Ultimately, Innovega CEO Steve Willey envisages soldiers having their eyesight permanently upgraded with intraocular implants. “A warfighter could have a very small operation and would not be aware he had this vision until he threw on media glasses,” he says.

Innovega has so far conducted 100 hours of human testing with two display technologies: an LCD microdisplay and a low-power laser that projects images onto the inside of sunglasses. Because the optical filter is encapsulated completely within the polymer of a conventional gas-permeable contact lens, Innovega hopes the filter system can avoid the extensive safety testing required of new medical devices. The company expects full approval from the U.S. Food and Drug Administration as soon as next year and wants to launch a consumer product by the end of 2015.

The technology has some drawbacks. Most annoying for gadget fans is that some LCD displays, including that of the Apple iPad, also emit linearly polarized light. Consequently, these screens will turn black in some orientations for anyone wearing Innovega’s contact lenses. More seriously, the filter blocks half of all incoming light, just as polarizing sunglasses do. Innovega suspects that the FDA may limit the use of its lenses for night driving, and it acknowledges that for some users the lenses could even trigger a melancholy akin to seasonal affective disorder. The firm is considering a second-generation lens with a spectral filter that would cut only 20 percent of incoming light, by removing small blocks of red, green, and blue wavelengths from the visible spectrum.

Although Innovega’s filter system is new, using contact lenses for augmented reality display has been tried before. In 1999, Steve Mann, a professor of electrical and computer engineering at the University of Toronto and a pioneer of wearable computing, was granted a Canadian patent for a contact lens that used holographic elements to focus on close-up displays, but he quickly abandoned the idea. “There was the ick factor—a lot of people don’t like wearing contact lenses,” he says. “Even for those that do, there’s really not a market for something that demands the user put on both special contact lenses and special glasses.” [For more on Mann’s high-tech eyewear, see “Steve Mann: My “Augmediated” Life,” IEEE Spectrum, March 2013.]

The military might take a different view. Augmented reality battle glasses that are unusable without special contact lenses (or implants) could appeal to generals worried about their latest gadgets falling into enemy hands.

Mark Harris is a freelance science and technology reporter based in Seattle. In November he profiled the start-up Ouya for IEEE Spectrum. He also writes regularly for The Economist and The Sunday Times in London.