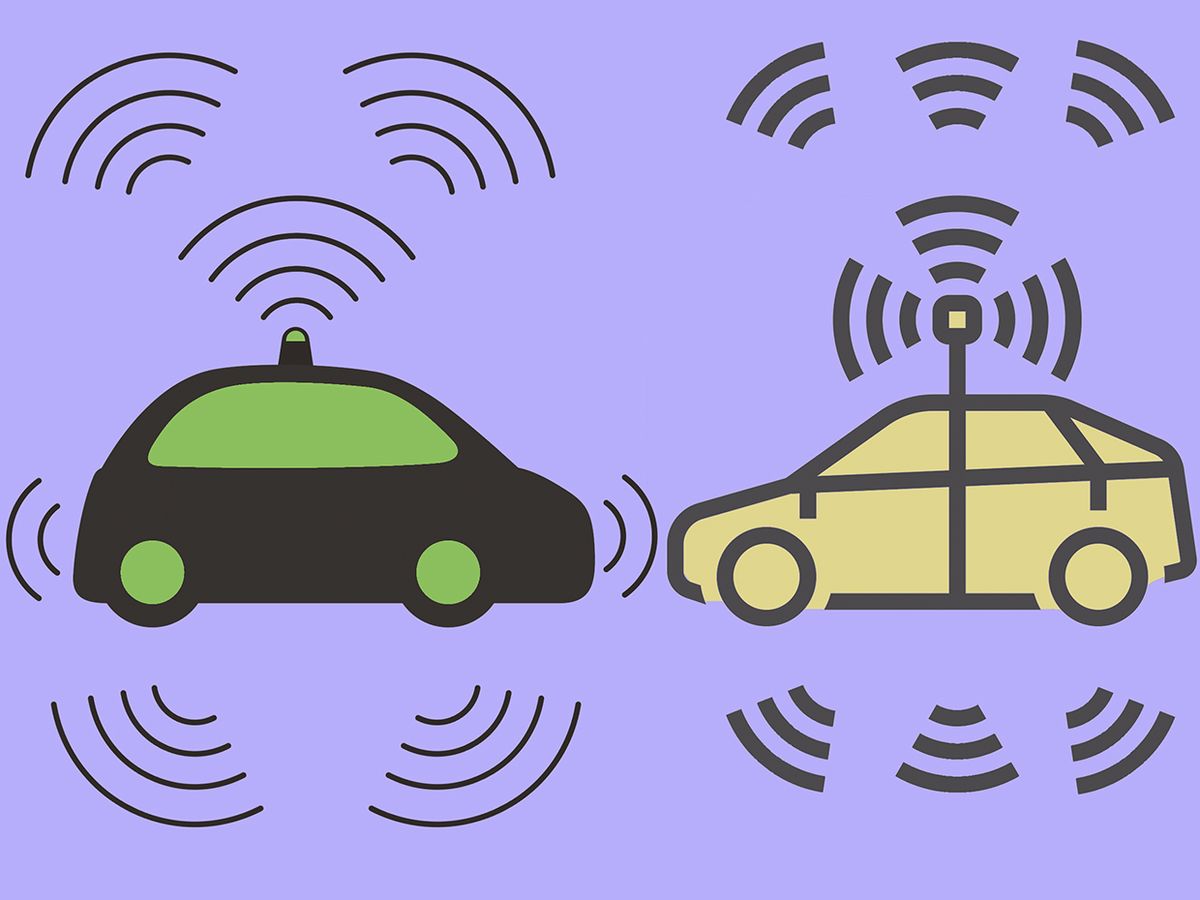 NXP and Nvidia have announced computing platforms for smart cars, and each company claims that its platform is the best by far.

Which company is right? Or is each right in its own way? The answer depends on how you assign a grade.

NXP today announced the S32x automotive processing platform, apparently an elaboration of the BlueBox system unveiled last year. We said then that BlueBox “knits together devices the company already sells,” and NXP appears to be doubling down on such interoperability.

“All the parts that come out will have the advantage of being compatible with this platform—this vision processor, this radar processor, this torque managment device,” said Matt Johnson, who’s in charge of NXP’s product lines, software, and automotive processors.

NXP says that eight of the top 15 car makers have adopted the S32x platform for use in future models, and this isn’t too surprising. The company, based in Eindhoven, the Netherlands, instantly became the biggest supplier of automotive chips with its 2015 acquisition of the semiconductor manufacturing company Freescale.

And it says the new platform—together with the company-wide push toward interoperability—has created a uniform software environment as well. NXP says it lets coders reuse software, thus saving 90 percent in development time on a given application, and 40 percent across different systems.

Ultimately, the NXP platform means to pull the entire car’s electronics together. That means low-power chips handling mundane things, like automatic braking, and higher-end ones that fuse streams of data from many sensors at once.

Nvidia obviously has a different take. The Pegasus platform that it announced last week aims to do one thing but do it well: drive cars. That compute-heavy task is a perfect fit for the company’s powerful graphics processors, or GPUs. These specialized parallel processors won fame by powering gaming platforms and now, Bitcoin mining operations. (Don’t laugh: Bitcoin mining accounted for 6.7 percent of Nvidia’s revenues in the second quarter.)

“There is an insatiable appetite among car makers for compute horsepower,” says Danny Shapiro, who heads the Santa Clara, Calif. company’s automotive business. “And none of the other companies are stating what their compute horsepower is. No way anyone else out there comes close to what we have.” Pegasus can do the equivalent of 320 trillion operations per second, the work of roughly 100 servers, Shapiro says.

Carmakers need it all. Yesterday’s simple driver-assistance features, like automatic braking, use just a little bit of input data and require only a little bit of silicon muscle. But an entire integrated self-driving system is fed by data from lidar, radar, ultrasound, GPS, inertial guidance, and on and on, and it must process it all and produce a decision in a fraction of a second.

You also need parallel-processing capabilities to perform deep learning, the artificial-intelligence flavor du jour. That’s the trick behind programs that recognize stop signs, respect the edges of the lane or highway, and distinguish a flickering shadow from a child running into the street.

The two companies seem to be playing tag. Both last year and this year, they made their announcements back to back, with Nvidia going first each time. Neither company’s spokesmen will deign to mention the other by name, at least not for attribution.

But NXP and Nvidia aren’t really head-to-head rivals; they’re using different measuring sticks. NXP wants to be the friend of developers and system integrators, handling the entire car, with its hundreds of apps and chips. Nvidia wants to monitor the immediate environment and frame a path through it. Both systems could easily coexist in a car, and maybe they will.

Right now, though, the two companies’ robocar platforms are works in progress. Companies that want to test NXP’s product must content themselves now with software simulations. Nvidia’s Pegasus won’t incorporate the latest GPUs until next year, so for the time being, its customers must work with Drive PX, a forerunner to Pegasus that was unveiled last year.

There are other players, of course. Intel’s purchase of Jerusalem-based Mobileye in May makes it an instant auto electronics company, but Intel’s various chip architectures weren’t necessarily designed to play well together. Tesla, now using Nvidia chips, is rumored to be working on a home-built alternative, perhaps with the aid of AMD.

But right now, if you’re looking for an electronic brain for your car and you’re not in the mood to build one yourself, NXP and Nvidia would seem to be the go-to companies.

An abridged version of this post appears in the December 2017 print issue as “The Battle for the Smart Car Brain.”