IEEE.orgIEEE Xplore Digital LibraryIEEE StandardsMore Sites
Sign InJoin IEEE
How the University of Connecticut Doubled the Number of Women Majoring in Engineering
Share
FOR THE TECHNOLOGY INSIDER
Explore by topic
AerospaceArtificial IntelligenceBiomedicalComputingConsumer ElectronicsEnergyHistory of TechnologyRoboticsSemiconductorsSensorsTelecommunicationsTransportation
FOR THE TECHNOLOGY INSIDER 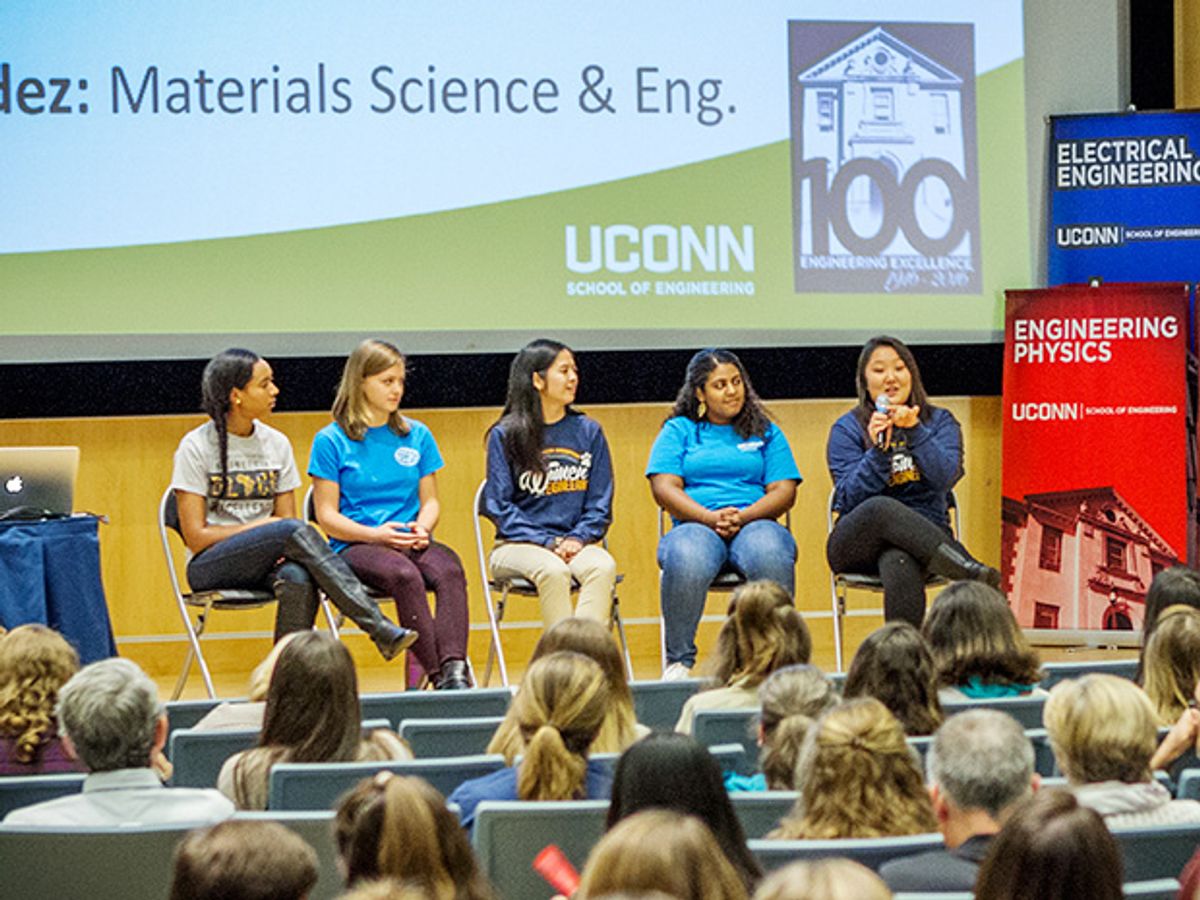 The lack of women in science, technology, engineering, and mathematics (STEM) programs continues to be a concern of organizations such as the IEEE and the U.S. National Academy of Engineering. Addressing this problem means encouraging more girls to study the field at degree level: More than four out of five engineering majors in most colleges and universities in the United States are men. While a handful of programs (like at Yale, MIT, and the Franklin W. Olin College of Engineering) are already at or near 50/50 parity, the vast majority of engineering programs have a long way to go.

However, the University of Connecticut’s engineering program has seen its female enrollment more than double since 2009, from 322 students in 2009 to 688 in 2015. (This translates to 28 percent of the engineering majors in the class of 2020.) The school attributes its rising female enrollment numbers to a suite of programs aimed at girls across a range of ages.

“We have a whole variety of outreach programs that span the whole K–12 space,” says Daniel Burkey, associate dean for undergraduate education and diversity in the university’s school of engineering. “Programs that really try and go out and speak to underrepresented populations at all levels precollegiately in order to show them what engineers do, show them positive role models in engineering that look like they do, show them how engineering makes a positive impact on the world socially and environmentally.”

UConn started a local chapter of a program called Engineering Ambassadors in 2010. Through EA, student volunteers from the engineering program—many of them women—go out to primary and middle schools around Connecticut.

For eighth-grade girls, UConn engineering hosts a twice-a-year conference called Multiply Your Options. MYO, Burkey says, offers a dozen hands-on workshops led by women engineering undergraduates and a “guess my occupation” game featuring recent female engineering grads. An MYO event last October hosted an estimated 220 eighth-grade girls, Burkey says, adding that much of the impact comes from “peer mentoring, being able to talk to people not that much older than them and seeing that it’s not scary and they’re capable of doing that.”

For high school students, UConn engineering last year started a program called Women in Engineering Day. This program allows participants to spend the day with current and former engineering students and faculty. In 2015, Burkey says, 120 high school girls participated, including 89 seniors. And of those seniors, 30 enrolled in UConn’s school of engineering.

Shasha Graves, a junior in biomedical engineering at UConn, is active in multiple engineering outreach programs at the school as well as its section of the Society of Women Engineers. “One of the best ways to encourage and assist women in engineering anywhere is by creating a supportive environment, one where students are encouraged to be themselves and help one another succeed rather than compete with one another,” she says. “Engineering is about solving problems, and the more diverse the field is the better shot we’ll have at solving these problems, because everyone brings a unique perspective,” says Graves.

Phoebe Szarek, now the president of UConn’s Engineering Ambassadors chapter, certainly took away a similar lesson when she was an eighth grader participating in UConn’s MYO program. “This was the first time that I had attended anything specifically aimed towards girls interested in STEM,” Szarek says. “And this made me begin to think that maybe girls in STEM was something important, different, and special.”

This article appears in the March 2017 print issue as “UConn’s Outreach to K–12 Girls Pays Off.”