IEEE.orgIEEE Xplore Digital LibraryIEEE StandardsMore Sites
Sign InJoin IEEE
Google Patents a Way For Robocars to Decide When Not to Drive
Share
FOR THE TECHNOLOGY INSIDER
Explore by topic
AerospaceArtificial IntelligenceBiomedicalComputingConsumer ElectronicsEnergyHistory of TechnologyRoboticsSemiconductorsSensorsTelecommunicationsTransportation
FOR THE TECHNOLOGY INSIDER

For one thing, the car won't take over the wheel if it thinks you're too drunk to take it back again 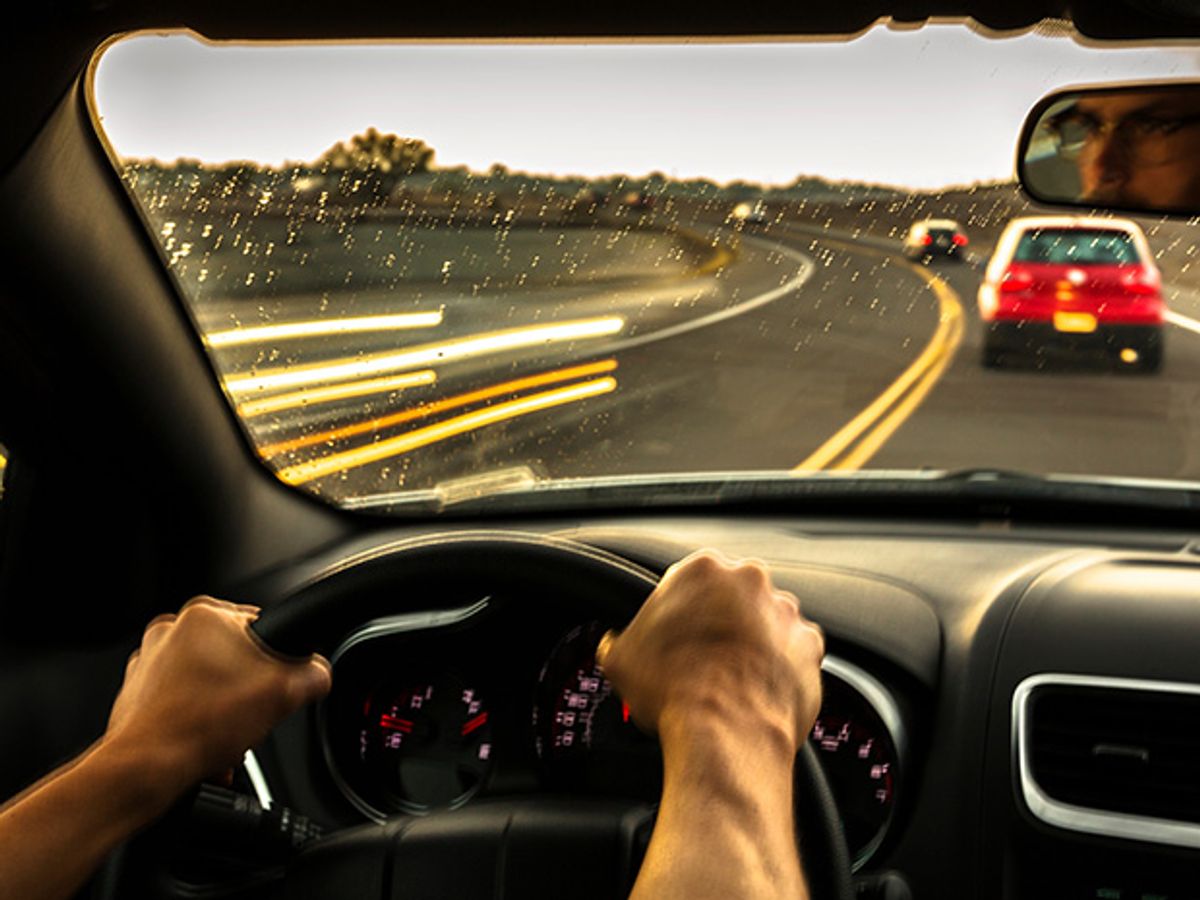 Google famously wants to build a self-driving car so reliable it won’t even have a steering wheel. But for now, even Google’s prototype cars on California roads still allow both autonomous and manual-drive modes. How, then, does Google plan to handle the robot-human handoff?

A U.S. patent just issued to the company suggests that switching from one mode to the other might involve rather more than just pressing a button. In “Engaging and Disengaging for Autonomous Driving”, granted in July, Google human factors engineer Brian Cullinane presents a system that could make it harder to persuade a self-driving car to move than it would be to just drive it yourself.

The patent proposes a checklist the smart car might follow after the driver selects autonomous driving. First it would check whether it’s safe to switch modes. This could include measuring the distance to neighboring or oncoming vehicles, detecting whether the road is paved, unobstructed and wide enough for two vehicles to pass each other, and whether any maneuvers are imminently required. (Some people might be tempted to hit the self-driving button when they’re about to crash, in an attempt to shift legal liability to the robot driver).

Second, Google suggests, the self-driving car might refuse to enter autonomous mode if the car is traveling out of its lane or above the speed limit, or even if the road ahead is hilly or curved. The car will also need an awareness of its wider surroundings. If it can’t get a firm fix on its location, or is traveling outside a well-mapped area, it might balk at taking over. And it might need to know its legal status: perhaps autonomous vehicles will be forbidden to operate in some school zones or in certain states.

Another item on the checklist is meteorology. According to the patent:

Assessments may include… determining whether the current or future weather would make autonomous driving unsafe, uncomfortable for the vehicle’s passengers or damage the vehicle.

If your car thinks a hailstorm might dent its paintwork, it might decide not to go for that scenic drive through the mountains.

Cars will likely also check their mechanical condition. They might require tires pumped to a certain pressure, adequate oil levels, and lights and wipers set for automatic operation. It’s almost certain that no self-driving car will budge without closed doors and everyone inside wearing seatbelts. Even the occupants may not escape scrutiny, says Google:

Computer may also use protocol data to assess the status of the vehicle driver. For example… using sensors or other methods to determine driver sleepiness, driver intoxication, or whether the driver is authorized or not to use the vehicle.

The Google patent notes that cars may be able to overcome some of these “‘preventive conditions’” themselves, by recalibrating sensors, changing settings or simply waiting for road conditions to change. Most of the restrictions, however, will require corrective action from a human. Google suggests listing tasks, one by one, on the instrument cluster until either the car is ready to take charge or the driver gives up and drives herself.

Google observes that getting cars to cede control back to a human might be almost as tricky:

Under certain specific conditions, the computer may also discourage the driver from switching from autonomous mode and into the manual driving mode. For example, it may not be easy to safely return control to the driver in the middle of a sharp turn.

Suddenly, Google’s dream of steering wheel-free, hassle-free motoring doesn’t sound quite so bad. Which, perhaps, was entirely the point of this patent.