The Hyperloop Advanced Research Partnership is open for business 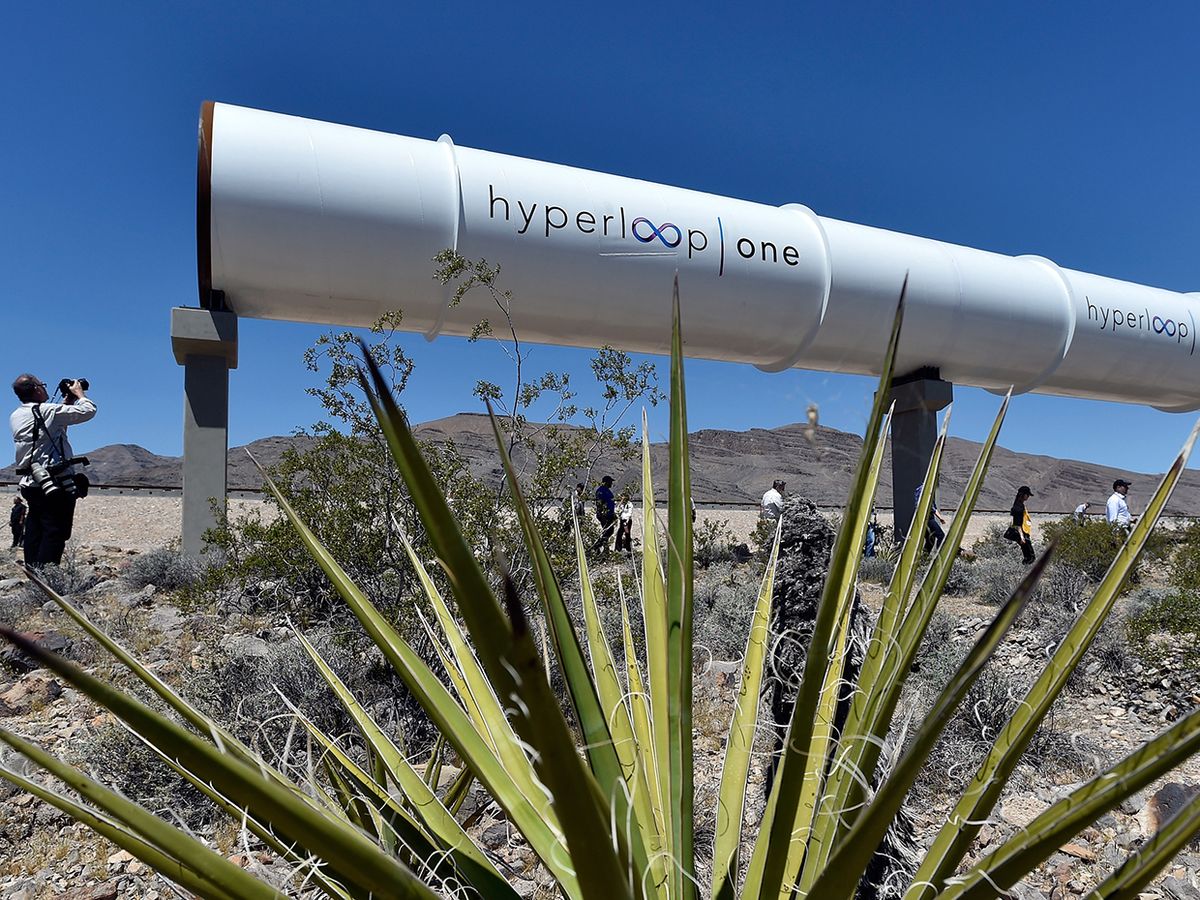 The Hyperloop became a thing some four years ago when Elon Musk first talked about whisking passenger-carrying pods through evacuated tubes at near-sonic speeds. It has since followed the natural progression from notion to concept to idea…to think tank.

The think tank is called the Hyperloop Advanced Research Partnership (HARP), and it means to look into not only the technological but also the economic, legal and social sides of Elon Musk’s proposal. And its preliminary conclusion is that the Hyperloop won’t replace existing systems of transport so much as augment them.

“We have to integrate with rail, trucking and other modes, leaving us with a hybrid mixture,” Dane Egli, president of HARP, said yesterday at a press conference in New York City. “A Hyperloop—over a long distance, at high speed—may, when it gets to the city, link with a bullet train.” And, just as was the case in the early days of rail, some versions of the Hyperloop may be incompatible or barely compatible with others.

Egli and the other members of the HARP board spoke of the Hyperloop’s advantages in roughly the same terms as Elon Musk: Its pods fly frictionlessly on a magnetic cushion, through air under the pressure faced by a jet at 30,000 feet, in a tube that’s all but immune to the vagaries of the weather. It will use computer-controlled movements to stay clear of other pods, and it will find and repair any defects in the depressurization system with static sensors, perhaps aided by robots resembling the “pigs” now used to patrol the insides of natural-gas pipelines.

There are potential drawbacks as well, as the panel acknowledged. Like a stomach-churning acceleration which passengers will have to endure while strapped into the seats of a windowless pod. But the panel dismissed these as the sort of problems that engineers are paid to solve.

It’s all part of HARP’s dual mission: to promote the technology and at the same time keep tabs on its current status. That’s hard to do this early in the game, when most Hyperloop startups are still guarding their operational information as trade secrets.  “There’s been no comprehensive study yet that has pulled together information on all 10 companies to know what is the state of the technology,” Egli said. (Here’s a rundown on some of the companies.)

However, based purely on information that’s been made public, it would seem that Hyperloop One, formerly known as Hyperloop Technologies, is “the furthest along in technology,” said Chris Zahas, the treasurer of HARP. In any case, Hyperloop One can claim to have the coolest video clips:

Particularly interesting was the discussion of a topic any think tank must entertain: where the money will come from to build an entirely new kind of infrastructure.

“You have to distinguish between financing and funding,” said Prof. R. Richard Geddes, director of Cornell University’s Program in Infrastructure Policy.

Financing, he explained, merely involves the forums in which you borrow money—pension funds, for instance, or maybe sovereign wealth funds, like those of Norway or Saudi Arabia. (Some Hyperloop projects are indeed being entertained in oil-rich Middle Eastern states.)

Funding those loans, by contrast, comes from things like user fees or, perhaps, government subsidies—and there’s no reason why Hyperloop systems can’t use a bit of both, the way so many roads and bridges did.

Getting right of way—perhaps the thorniest problem—should be manageable, Geddes said, because there’s enough space alongside existing highways and railroads. A Hyperloop in the open country would sit on pylons, a configuration that makes for a narrow footprint. And within urban areas the tube could snake through tunnels, some of them cut, perhaps, by Musk’s latest startup, the Boring Company.

It all makes sense, but does it ring true? This think tank is in the tank for the Hyperloop; today’s panel discussed mostly the bright side of Musk’s notion-turned-concept.  Nobody has ever sent people through an evacuated tube, even as a stunt. But even that difficulty can be made to seem manageable.

“If you have a superfast train you need to enclose it,” Geddes said, to keep livestock and misguided people off the track. “For the Hyperloop you just have to make it that much more sealed. It’s not that different.”