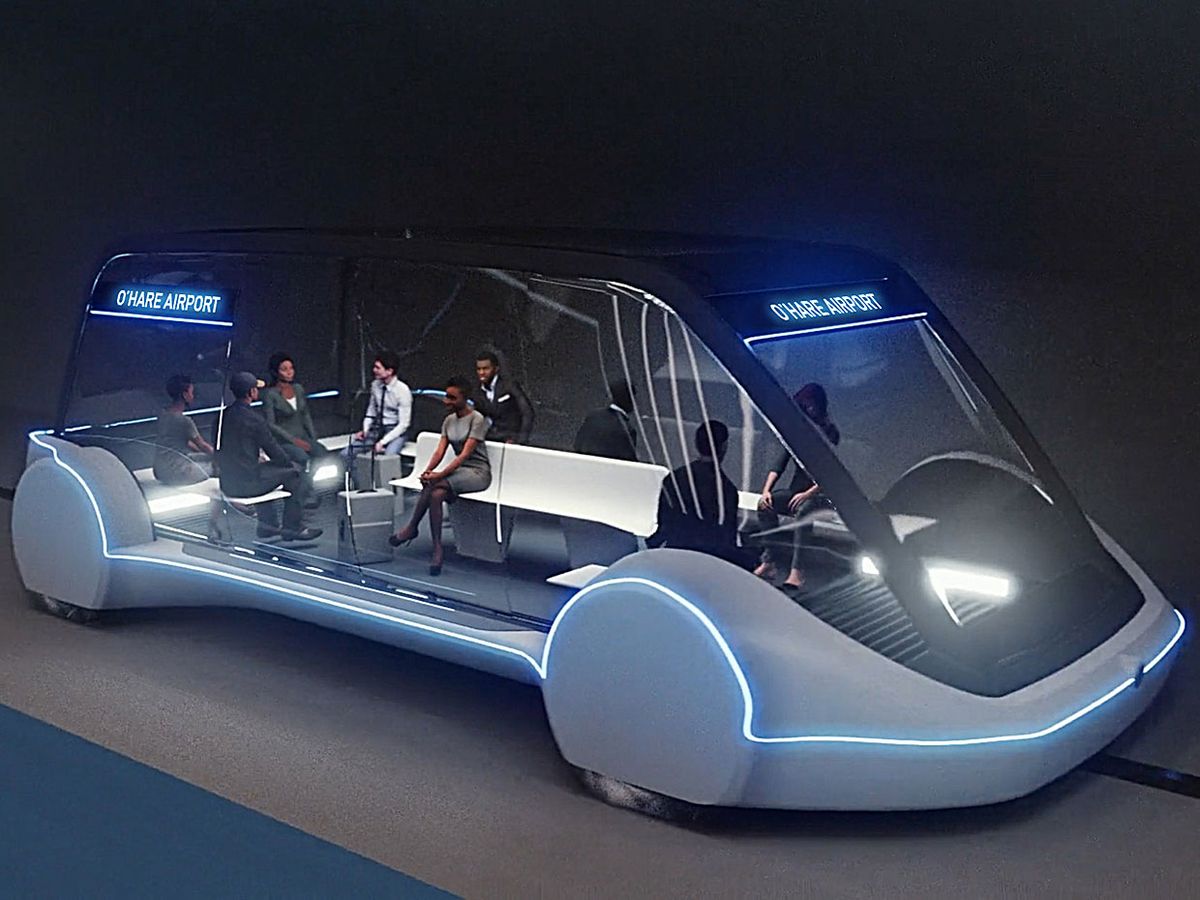 On Thursday, the Chicago Infrastructure Trust, on behalf of the City of Chicago, announced that it was awarding Elon Musk’s Boring Company a contract to build a rapid-transit link between O’Hare Airport and downtown.

The trip currently takes about 40 minutes on public transportation; the Boring Company aims to cut that to 12 minutes, using electric shuttles—Musk calls them skates—to zip passengers through tunnels at 125 to 150 miles per hour, paying US $20 to $25 a ride—roughly half the price of a taxi or Uber. The Chicago Tribune reported that the entire project is expected to come in under $1 billion.

The goal of the project, according to the Boring Company’s web site, is “to alleviate soul-destroying traffic.”

Four companies had submitted competitive bids. The Boring Company was one of two finalists—the other two were eliminated because of questions regarding their “ability to deliver the critical project with no public subsidy,” according to the Sun Times.

Musk will front the construction funds in return for a share of the fees paid by passengers and advertising revenue.

It’s been a big month for the Boring Company. The company’s “Not-a-Flamethrower” flamethrowers, sold out in preorders, recently started landing in customers’ hands (just in time for California’s fire season).

More on what the Boring Company is up to here.