IEEE.orgIEEE Xplore Digital LibraryIEEE StandardsMore Sites
Sign InJoin IEEE
With This CAD for Genomes, You Can Design New Organisms
Share
FOR THE TECHNOLOGY INSIDER
Explore by topic
AerospaceArtificial IntelligenceBiomedicalComputingConsumer ElectronicsEnergyHistory of TechnologyRoboticsSemiconductorsSensorsTelecommunicationsTransportation
FOR THE TECHNOLOGY INSIDER

With This CAD for Genomes, You Can Design New Organisms 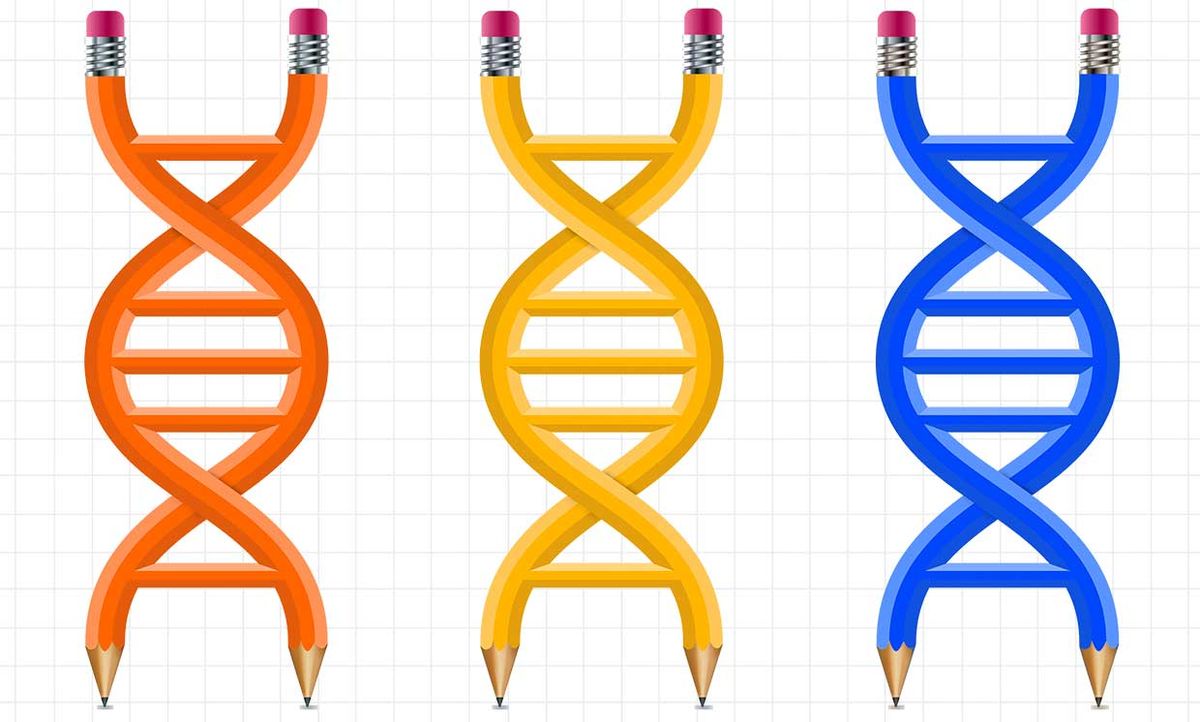 Imagine being able to design a new organism as easily as you can design a new integrated circuit. That’s the ultimate vision behind the computer-aided design (CAD) program being developed by the GP-write consortium.

“We’re taking the same things we’d do for design automation in electronics, and applying them to biology,” says Doug Densmore, an associate professor of electrical and computer engineering at Boston University. One of Densmore’s startups, Lattice Automation, is leading the effort to develop the CAD. He says the first version will be available by the end of the year.

One of Densmore’s hopes for the project is that it will help computer scientists see a way to get involved in genetics and biology. “There are some really brilliant computer scientists out there, who might say, ‘I don’t get what this is doing biologically, but I like the coding,’” he notes.

The inspiration for GP-write, more formally known as Genome Project-write, comes from the Human Genome Project of the 1990s and early 2000s. That effort to read the entire DNA sequence of a human being famously catalyzed the development of DNA sequencing technologies and launched entirely new fields of medicine. The GP-write team hypothesizes that a new focus on “writing” genomes can bring about similar revolutions.

What does it mean to write a genome? It means going far beyond the current edits done with cutting-edge tools such as CRISPR, and designing DNA sequences to create human or animal cells with new properties. Pioneering synthetic biology companies such as Gingko Bioworks and Zymergen are already redesigning single-celled organisms like yeast and bacteria, turning them into microscopic factories that produce desirable substances.

In a 2019 paper that described the vision, GP-write scientists wrote that an accessible and user-friendly CAD program will make genome design faster, cheaper, and more reliable. “If we can drive down the costs of genome writing, the applications would be transformative,” says Amy Schwartz, president and co-executive director of GP-write. She tells IEEE Spectrum that she foresees applications in medicine, energy, materials, and other industries.

The CAD program will be freely available to academics, as well as GP-write’s industry partners and companies that are selected to participate in its new incubator. Other companies will be able to access it for a fee, Schwartz says. The platform will also include order forms so users can send their CAD files to companies that manufacture synthetic DNA; the designed constructs can then be shipped to users so they can see how their design turn out in real life.

Schwartz’s team aims to help scientists go far beyond changing individual base pairs (the most basic units of DNA). It’s intended to capture scientists’ intent at a far higher and more abstract level. If, for example, they want to add a new metabolic pathway to create a certain protein, the CAD will make all the necessary changes in all the necessary places in the genome. It’s also meant to catch coding errors that would result in a dysfunctional cell, and to accurately predict the functional effect of edits on a cell—the kind of assessment that typically requires a human expert today.

Asked for an example of how this CAD might help scientists, Boston University’s Densmore comes up with a medical hypothetical. “Imagine I wanted to engineer a bacterium that contains a biosensor that detects some condition in the gut, and that then releases some therapeutic,” he says. That would require adding a gene for the biosensor, a gene that codes for the production of the therapeutic substance, which would build up inside the bacteria, and then a self-destruct gene that would cause the bacteria to rupture and release its medicine. “You might want to know how those added genes would interact,” Densmore says, and the CAD could essentially check the code for bugs and make predictions about the bacteria’s function.

Farren Isaacs, another key collaborator and an associate professor of molecular, cellular, and developmental biology at Yale University, says they’re “trying to develop a one-stop shop for genome design.” He notes that the CAD will start with just a few organisms’ reference genomes, such as yeast and the E. coli bacterium, but that it will be designed to work with any reference genome.

Biosafety is top of mind for anyone involved in gene editing and synthetic biology. GP-write has pledged that the CAD will meet the high biosafety standards of the International Gene Synthesis Consortium. As a first step, it will check any designed sequences against a database of dangerous sequences to ensure that users aren’t creating viruses or other bioweapons. It will also ultimately check that the cell or organism won’t proliferate in an unchecked fashion or cause problems in the environment.

While GP-write hopes its CAD will become a standard tool for the growing synthetic biology industry, established companies seem unlikely to switch over from their existing genome editing and design systems.

At Ginkgo Bioworks, Patrick Boyle heads a team that works on Codebase, the company’s repository of genetic “modules” that can be used again and again in projects. He says that Ginkgo has a customized software stack that enables the company to design as many as 20,000 new genes in a month. “To really write at scale, you do need CAD,” Boyle says. “It’s really about writing python libraries—at the scale at which we’re designing new sequences, you’re not going to use a drag-and-drop interface,” he says.

While Ginkgo will continue to use its proprietary software, Boyle sees utility in the GP-write CAD effort. “A lot of the software that’s out there for DNA design today is for scientists working at the bench, putting together a few pieces of DNA to drive a project,” he says. “If you’re trying to put together 1000 DNA pieces, you need different software and a different interface.”

If the CAD program does catch on in academia and industry, it may face scrutiny from bioethicists.

“I see a potential clash between the easy CAD design process and the messy complexities of real-life applications,” says Joachim Boldt, a bioethicist at Freiburg University who frequently writes about synthetic biology. He worries that an easy-to-use platform “could make users overestimate the reliability of the predicted outcomes, especially those users who are not familiar with the limits of the underlying algorithms.”

Boldt argues for international regulations on genome editing technologies, and wants those regulations to take a nuanced view, drawing distinctions between different types of organisms and different applications. If genome editing and design is done without responsible policies from institutions and governments, “we have a problem,” he says.

The GP-write team says they’re creating a living CAD that will evolve as the science, technology, and regulations do. If computer scientists and electrical engineers are willing to engage now, Densmore says, they’ll find plenty to work on for the rest of their careers. “In the 21st century, biology will provide the most interesting technology problems,” he says.

Can a handheld gadget usher in a new era of vaccines?

It took a global pandemic to accomplish one of the most significant advances in the history of vaccinology: widespread, commercial deployment of vaccines derived from nucleic acids. As of this writing, hundreds of millions of people have been vaccinated against SARS-CoV-2, the virus that causes COVID-19. And most of those shots have been the Pfizer-BioNTech and Moderna offerings, which are both of a type known as an mRNA (messenger RNA) vaccine.

Conceived decades ago but released to the public for the first time during the pandemic, mRNA vaccines so far are living up to their promise. Both the Pfizer and Moderna vaccines have proven to be about 95 percent effective against the novel coronavirus. In addition, this kind of vaccine can be tweaked with relative ease to target new variants of a virus, and its production does not rely on items that can be difficult to produce quickly in enormous quantities. And yet, a couple of drawbacks of mRNA vaccines have also been widely noted over the past six months: They depend on deep-freeze supply chains and storage, and they can produce significant side effects such as fever, chills, and muscle aches.