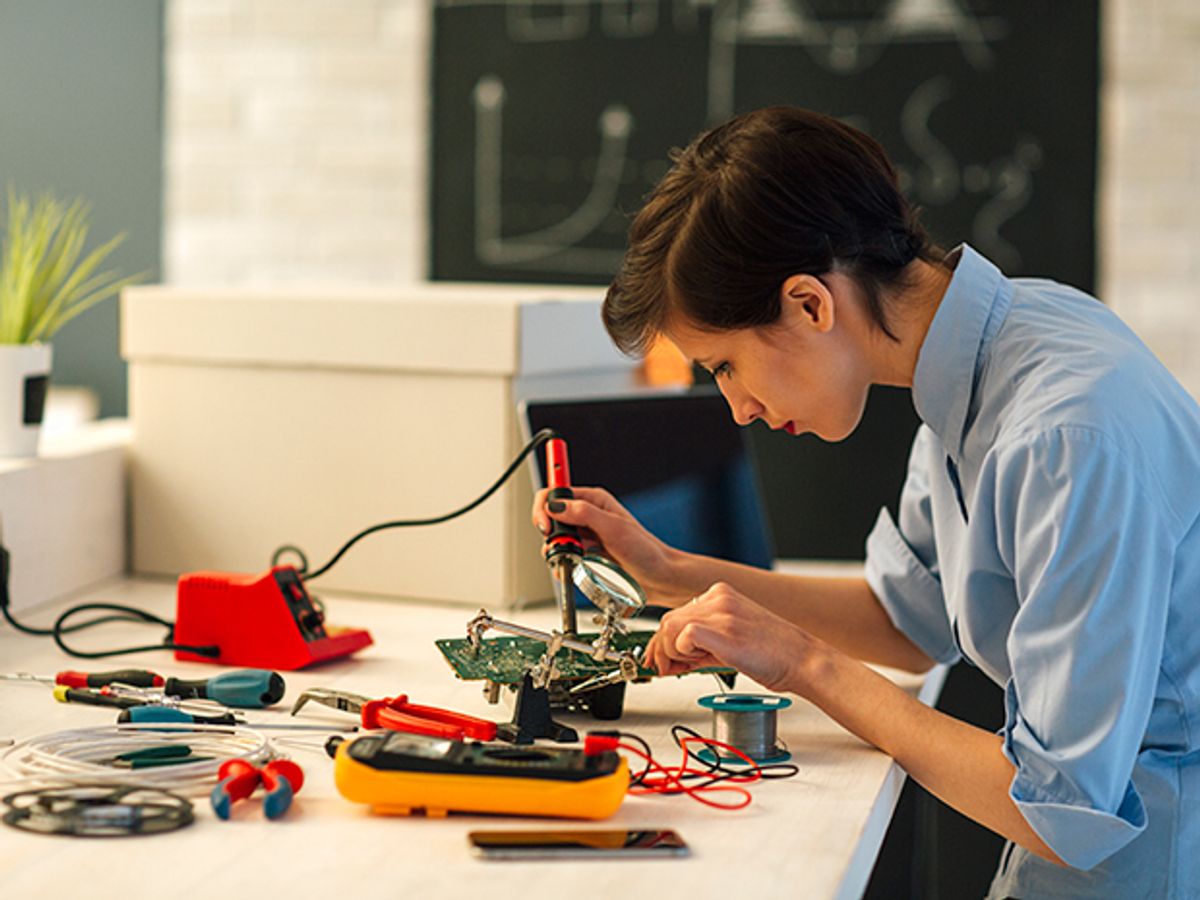 That competition is benefiting EEs, giving them both a plethora of choices and better entry-level paychecks. By the end of last year, fresh electrical engineering graduates in the United States earned salaries that averaged US $73,078—nearly $5,500 more than the prior year, making electrical engineering the top-earning engineering major as tracked by the National Association of Colleges and Employers.

Particularly hot areas for American engineers include embedded systems engineering, control engineering, robotics, and design validation, Keller says. At the core of these seemingly disparate trends lies a strong cross-industry focus on product development, often aided by some degree of automation to speed the process.

“Our economy as a whole is focused on the next best thing,” Keller says. “Companies can’t afford to relax even for a second, so they’re always racing to find what’s next. That comes down to engineers.”

Randstad, located in Norcross, Ga., is also seeing a high number of orders for system-control engineers who are willing to travel frequently, Keller adds. “They’re looking for people to go around to different teams, helping out with a new product, commissioning design ideas, and assisting with repair.”

Meanwhile, the manufacturing sector is rebounding along with construction, and commercial construction in particular “has been really good” for the past 18 months, says Keller.

Carnegie Mellon University is seeing its graduating students securing jobs in robotics, the Internet of Things, machine learning, and data analytics. But that doesn’t mean everyone is heading to a bleeding-edge startup. “Technologies like machine learning are [everywhere] now: retail, banking, manufacturing,” says Marcie Foy, associate director and career consultant at the school.

EEs can boost their attractiveness even further by shoring up their communication chops, says Kodi Verhalen, president of the National Society of Professional Engineers. And they shouldn’t brush it off as a mere soft skill; it’s become part and parcel of the EE’s job.

Verhalen explains: “Internally, [EEs] now communicate with designers, manufacturing teams, sales. Externally, they might be asked to speak to regulators or represent in media situations, explaining technical projects to a broad audience. Honing those skills will bring even more [opportunities].”

In the United Kingdom, uncertainty over Brexit continues to cast a shadow over engineers, with the recent general election greatly weakening the position of the ruling Conservative Party even as it attempts to begin negotiating the country’s separation from Europe. According to EngineeringUK, a nonprofit devoted to the promotion of engineering, 38.5 percent of resident EEs are foreigners [PDF], many of whom are also European Union citizens who can currently live and work in the U.K. without a visa. “That will almost certainly change in this new world, but we don’t know how,” says EngineeringUK chief executive Paul Jackson.

Echoing the trends seen in the United States, Jackson stressed “the increasingly interdisciplinary nature of engineering that is starting to blur the lines. I don’t think everyone will start being called a systems engineer, because that’s not helpful—but that’s the underlying change. It’s no longer about the best engine making the best car; it’s the best overall system.”

Beyond growth in the automotive sector, Jackson also cited opportunities in the U.K. for EEs in aerospace and rail as “transport as a whole is moving quite significantly,” in addition to chemical process and energy.

Autonomous vehicle projects also offer jobs in Europe, says Keith Jones, London-based managing director at the recruiting firm Talascend. “The problem is, you’ll get someone saying they need 50 people to design and build a self-driving car. But that experienced skill set isn’t there yet. It’s revolutionary. Where do you pull people from?”

Jones also noted a pickup in the European oil and gas industry, with significant project expansion going on in Kazakhstan and across the rest of the Commonwealth of Independent States region. One burgeoning trend that Jones sees is a minus for Europe but a boon for Asia: European project managers are beginning to send design engineering work to India as a cost-saving move.

As for Asia in general, the Chinese slowdown that had been dragging the region is beginning to improve, Jones says, with oil and gas projects on an uptick and “shipyards showing signs of life again.”

Julianne Pepitone is a freelance journalist who reports via text, video, and television. She spent years on staff at CNN Business and then at NBC News, covering consumer tech, cybersecurity, and business. Now a freelancer, she works with an eclectic roster of clients. Beyond Spectrum, CNN, and NBC, her bylines can also be found at HGTV Magazine, Memorial Sloan Kettering, NYMag.com, Glassdoor, Popular Mechanics, Cosmopolitan, Town & Country, Thrillist, MagnifyMoney, The Village Voice, and more.