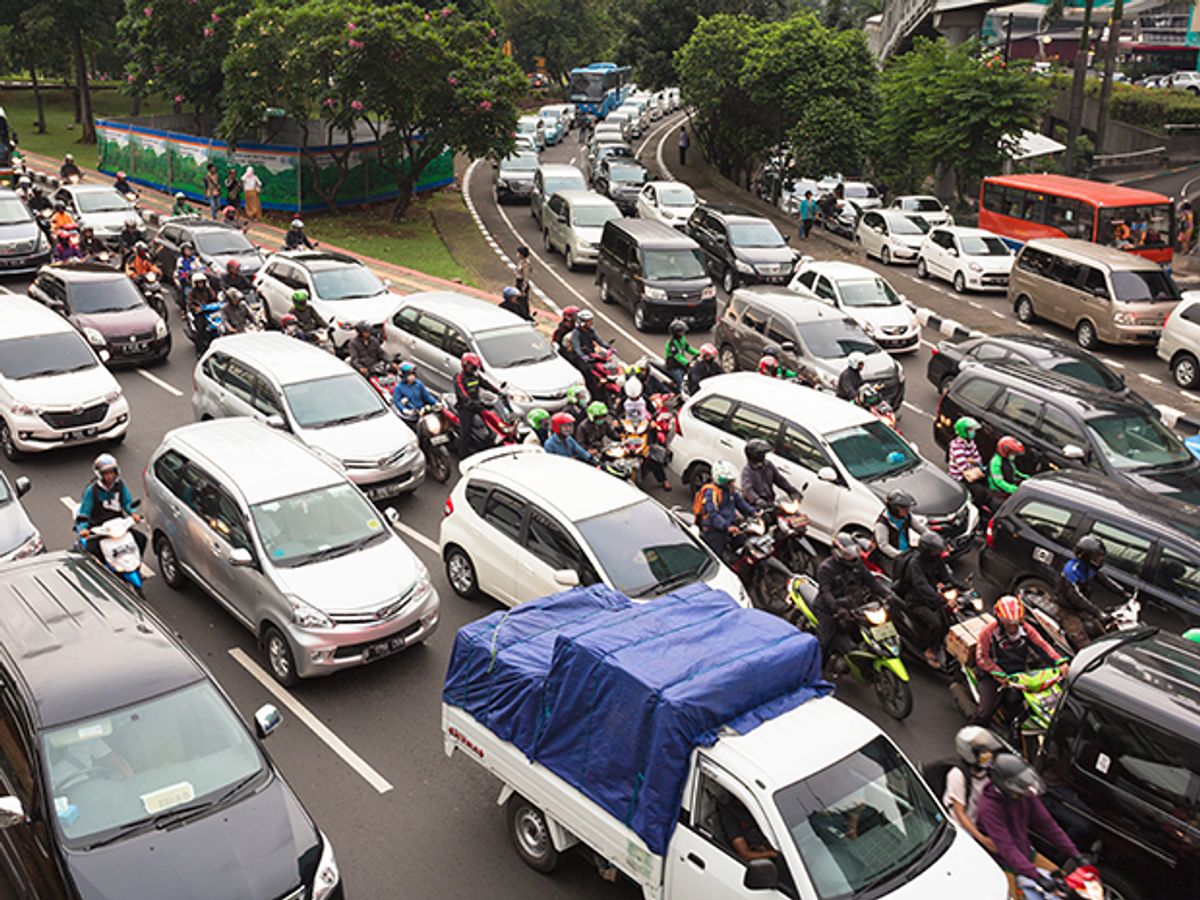 A natural experiment is what social scientists settle for when people, as is their tendency, fail to volunteer as guinea pigs. And one heck of a natural experiment happened recently in Jakarta, where the government ended what had been one of the world’s most stringent carpooling laws.

Under the law, instituted in 1992, private cars had to carry at least three people to use special fast-track routes during rush hour. When the government suddenly ended the “3-in-1” law, in March 2016, rush-hour trip times jumped by 47 percent in the morning and by 87 percent in the evening. And congestion rose not only on the roads that had been restricted to carpoolers but along other, seemingly unrelated routes as well.

In May the government reinstituted the law. It had learned, the hard way, that carpooling can work.

Well duh, you may be thinking: More people per car, more throughput, end of story. But in fact many experts have wondered about high-occupancy lanes for carpoolers. How can we be sure that the extra people in each carpool aren’t offset by a lack of carpools—that the special lanes aren’t underused?

Traffic planning is a lot more complicated that it seems. You might lose not only by allocating existing highway lanes to carpoolers but even by adding totally new lanes for them or for everyone. And you can sometimes improve traffic in an entire system by closing down existing lanes. It’s all according to Braess’s Paradox, named after the mathematician who discovered it.

This means that the only way to judge a road-network reform is by running an experiment. And the Jakarta government did just that when it instituted an incentive to carpool and then years later, Lucy-like, yanked it away.

Jakarta is the poster child for traffic congestion, holding some 30 million people, making second in size only to Tokyo. The central area where the carpooling law applied includes a 12-lane highway. Oh, and the city has no subway. So for commuters, it’s the roads or nothing.

When the city government up and announced it would eliminate the 3-in-1 rule, effective one week later, three economists at the Harvard Kennedy school sprang into action. Rema Hanna, Gabriel Kreindler, and Benjamin A. Olken used Google Maps to collect data on traffic in the high-occupancy roads and also in some other roads, and they continued to collect data right through the transition.

“The lifting of Jakarta’s three-in-1 policy not only had effects on traffic on former [high-occupancy roads] but also had spillovers to alternative roads and time periods,” the economists write in today’s issue of Science magazine. “The results therefore suggest that quantity restrictions on severely congested roads can have beneficial spillover effects on traffic throughout the city, whether by potentially eliminating hypercongestion or by getting cars off the road.”

The Jakarta law gives such powerful incentives to carpool in part because the default position in that city isn’t necessarily one driver per car, but two, because many Indonesians employ a driver. That’s why it mandates three people per pool. Other cities, notably London, cut congestion by charging drivers fees for using the roads at certain times of day. Others ration access by license plates, allowing odd-number plates on some days and even numbers on the other days.

A completely different incentive to carpooling has just been suggested by Bissan Ghaddar, an expert in operations research at the University of Waterloo, and her colleagues at IBM Research Ireland and two universities in Italy. They analyzed Twitter feeds of potential carpoolers and worked out each person’s social network, personality traits, and geo-tagged locations. They then used a matchmaking model to simulate how such socially compatible carpoolers would behave in two major cities. Total car use would drop by 57 per cent in Rome and by 40 percent in San Francisco, they wrote in recently in Transportation Research Part C.

“As a carpooler myself,” Ghaddar says, “I can't overestimate the importance of compatibility."

It’s just a model, of course. Now we need an experiment.