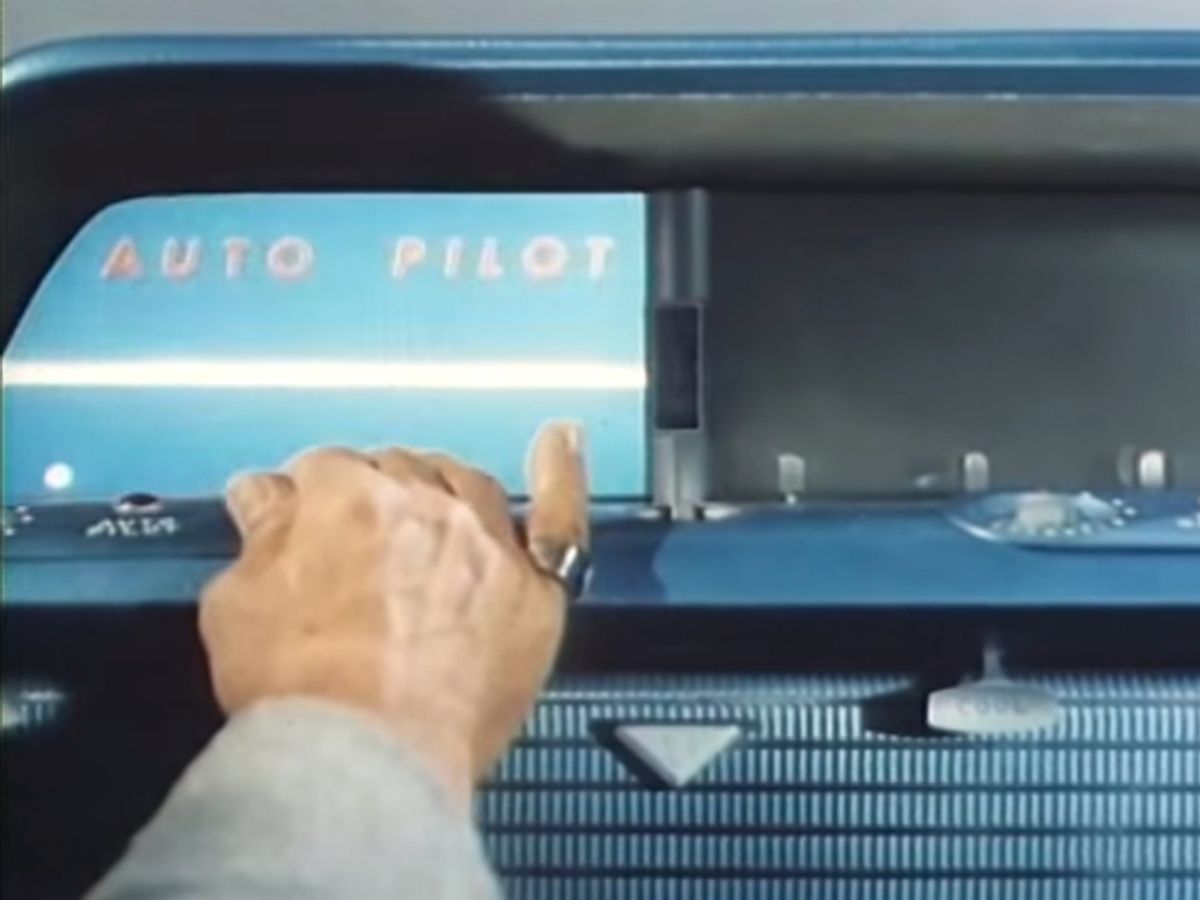 It’s as fun to laugh at yesterday’s futurism as it is sobering, for today’s futurism may also become the butt of jokes. Take the 1956 GM promotional movie first screened at Motorama, a company show that traveled among major cities throughout the United States.

The too-corny movie was displayed yesterday during a talk by Prof. Alain Kornhauser, director of the transportation program at Princeton University, at RoboUniverse, itself a world-traveling trade show, now visiting New York City. Kornhauser said the footage perfectly illustrates one of the two strands of thought in self-driving cars—the one in which the road does the thinking.

A 1950s family is stuck in traffic and near the 1:50 mark, the teenage son thinks out loud about how driving might be like in another 20 years. Boom! The family’s old Firebird becomes a dual gas turbine-powered speed demon, its driver in quasi-military style radio communication with an “Autoway Safety Authority,” personified by a uniformed director in a glassed-in tower.

That it all happens to crowds of similarly choreographed cars threading through cloverleaf interchanges in the middle of a desert, complete with rocky prominences straight of a Roadrunner cartoon, is icing on the cake.