It says it's just joining forces with the buyer, Aurora, but that still leaves one less player in the game 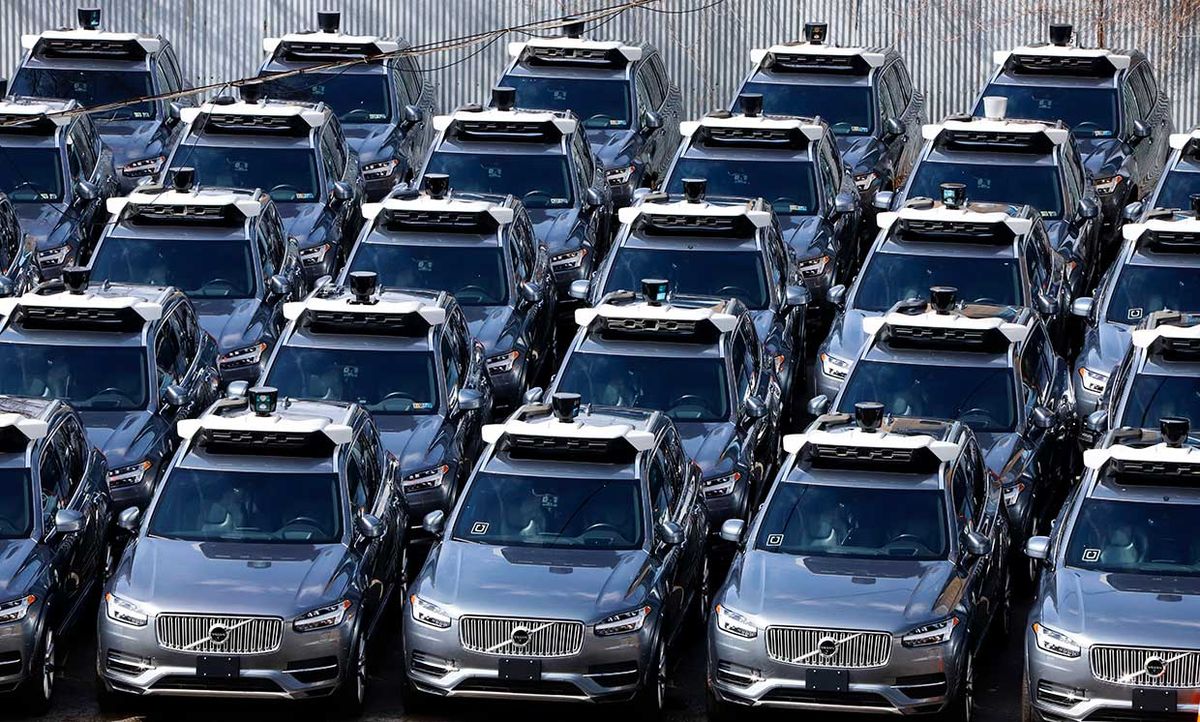 Uber is selling its robocar development operation to Aurora and calling the move a step forward in its quest for autonomous driving technology.

True, it will now have a big stake in the two companies’ combined robocar projects. But this is the latest wrinkle in the consolidation that is under way throughout the self-driving business. Uber itself has in the past been among the acquisitive companies.

But this news is not something Uber’s founder would have welcomed. And it puts the lie to two verities common just a few years back: that every big player in road transport needed its own robocar research unit and that the payoff would come soon—like, now.

The sale is valued at US $4 billion—a far cry, as Reuters reports, from the $7.5-billion valuation implicit in Uber’s deal last year to raise $1 billion from investors, including Toyota. But it’s still a hefty chunk of change, and that means Uber still has access to a trove of IP and, perhaps as important, robotics talent.

Indeed, when the Pittsburgh company’s disgraced founder and former CEO, Travis Kalanick, first bet big on self-driving tech in early 2015, he went on a hiring spree that gutted the robotics department of Carnegie Mellon University (CMU), also in Pittsburgh. Aurora is based there, too, so there won’t be an out-migration of roboticists from the area.

“Uber was losing $1 million to $2 million a day with no returns in sight in the near future,” says Raj Rajkumar, a professor of electrical and computer engineering at CMU. “Aurora has deep pockets; if it wins, Uber still wins. If not, at least this will cut the bleeding.”

Kalanick spent money like water, then was forced out in 2017 amid allegations of turning a blind eye to sexual harassment.  The company’s stock remained a favorite with investors, hitting an all-time high just last week.  At today’s market close the market capitalization stood at just under $94 billion, about half again as much as GM’s value. Yet Uber has never turned a profit.

Not turning a profit was once a feature rather than a bug. In the late 1990s, investors were able to put whatever valuation they pleased on a startup so long as that startup did not have any earnings. Without earnings, there can be no price-to-earnings ratio, and without that, my opinion of a company’s value is as good as yours.

In that tech bubble, and perhaps again in today’s mini-bubble, the value comes from somewhere else. It stems from matters unquantifiable—a certain feeling, a je ne sais quoi. In a word, hype.

Those 1990s dot-com startups were on to something, as we in these pandemic times, living off deliveries from FreshDirect, can testify. But they were somewhat ahead of their time. So is robocar tech.

Self-driving technology is clearly transforming the auto industry. Right now, you can buy cars that hew to their lanes, mitigate head-on crashes, warn of things lurking in your blind spots, and even check your eyes to make sure you are looking at the road. It was all too easy to project the trendline all the way to truly autonomous vehicles.

That’s what Uber (and a lot of other companies) did in 2016 when it said it would field such a true robocar in 2021. That’s three and a half weeks from now.

It was Uber, more than any other player, that showed the hollowness of such hype in 2017 when one of its robocars got into an industry-shaking crash in Arizona. The car, given control by a driver who wasn’t paying attention, killed a pedestrian. Across the country, experimental autonomous car fleets were temporarily grounded, and states that had offered lenient regulation began to tighten up. The coming of the driverless era suddenly got set back by years. It was a hard blow for those vendors of high-tech sensors and other equipment that can only make economic sense if manufactured at scale.

The industry is now in long-haul mode, and that requires it to concentrate its resources in a handful of places. Waymo, Aurora, GM and a handful of big auto companies are obvious choices, and among the suppliers there is the odd clear success, like Luminar. The lidar maker had a stellar coming out party on Wall Street last week, one that put Austin Russell, its 25-year-old founder, in the billionaires’ club.

But a shakeout is a shakeout. Despite its stellar market cap, Uber is still a ride-hailing app, not General Motors. The company was wise to get out now.