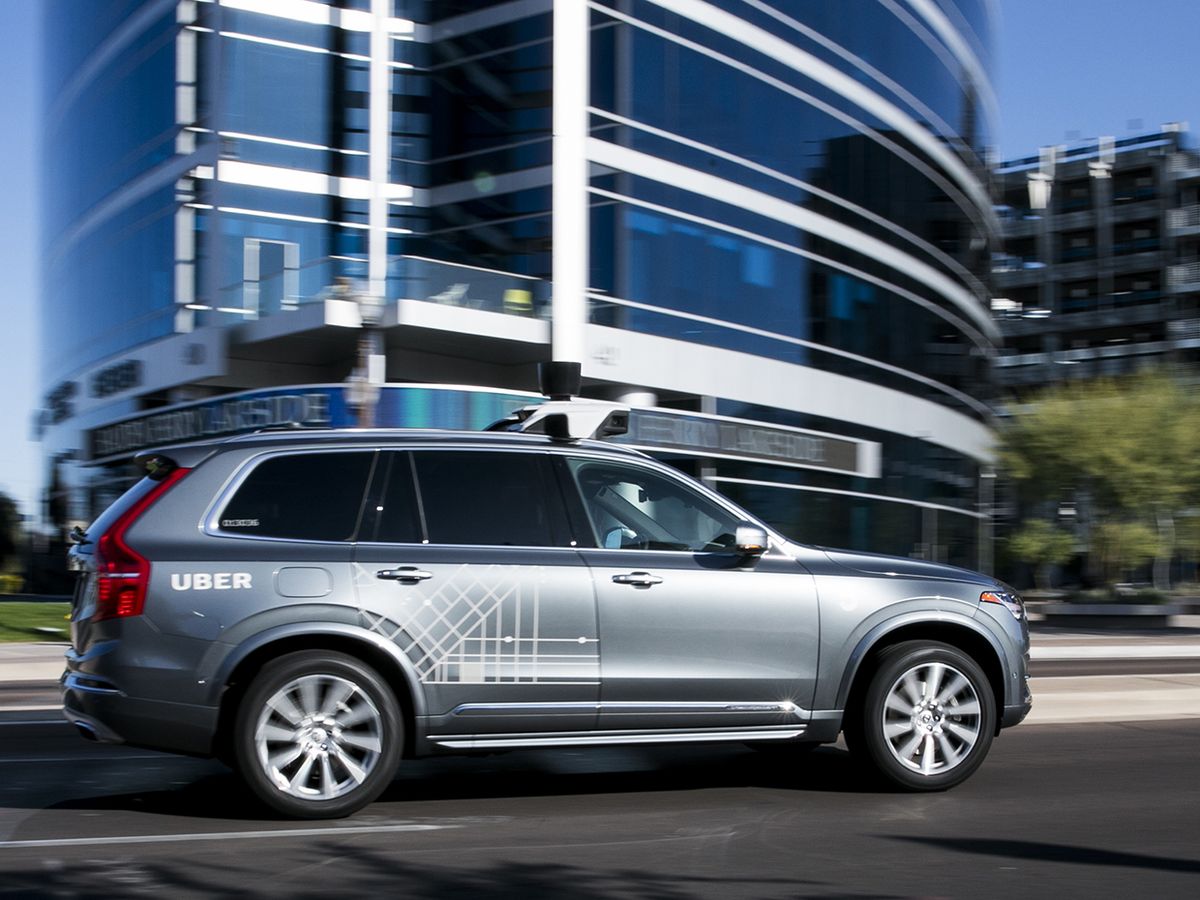 Update: Video from the car now suggests that the woman darted out in front of the car too quickly for either the car or the safety driver to react.  The San Francisco Chronicle interviewed Sylvia Moir, police chief in Tempe, Ariz., who said: “I suspect preliminarily it appears that the Uber would likely not be at fault in this accident.”

A self-driving Uber vehicle reportedly killed a pedestrian in Tempe, Ariz., last night, the first time such a thing has happened. The only other self-driving fatality—in May 2017—involved the driver of a Tesla that crashed into a truck.

Uber has not confirmed that the vehicle, a modified Volvo XC90 SUV, was in self-driving mode. However, the Tempe Police Department said, in a statement, that it “was in autonomous mode at the time of the collision, with a vehicle operator behind the wheel.”

The National Transportation Safety Board says it’s opening an investigation of the case.

Safety drivers are supposed to intervene when the car engages in inappropriate behavior. At night, one might suppose that the car, equipped as it was with lidar, would have been just as able to detect a pedestrian as if it were high noon. A human driver might have had a harder time of it.

Police identified the pedestrian as Elaine Herzberg, 49, and said she had been walking her bike across the street, outside the crosswalk. It’s not clear whether that fact may have any bearing on Uber’s legal liability. Television footage of the scene, shown in this report by Reuters, shows a twisted bike lying on a sidewalk near a visibly damaged SUV.

Uber said it was suspending its robocar tests in Tempe, Pittsburgh, San Francisco, and Toronto. It did the same thing back in May when one of its self-driving Volvos flipped over on its side in Tempe, then resumed testing soon after. No one was injured in that accident.

Arizona may come under scrutiny for the way it regulates the street testing of self-driving vehicles. Its easygoing policy has attracted other robocar companies as well. Waymo, for instance, launched its own ride-hailing robocar service in Chandler, near Phoenix. It began by putting a safety driver behind the wheel. In November it moved that driver to the back seat. Now—with Arizona’s blessing—it’s taken the safety driver out of the car altogether.

Here’s a video from Waymo that shows what riding in a completely driverless car is like: