The crash flipped the Uber car, a Volvo, onto its side 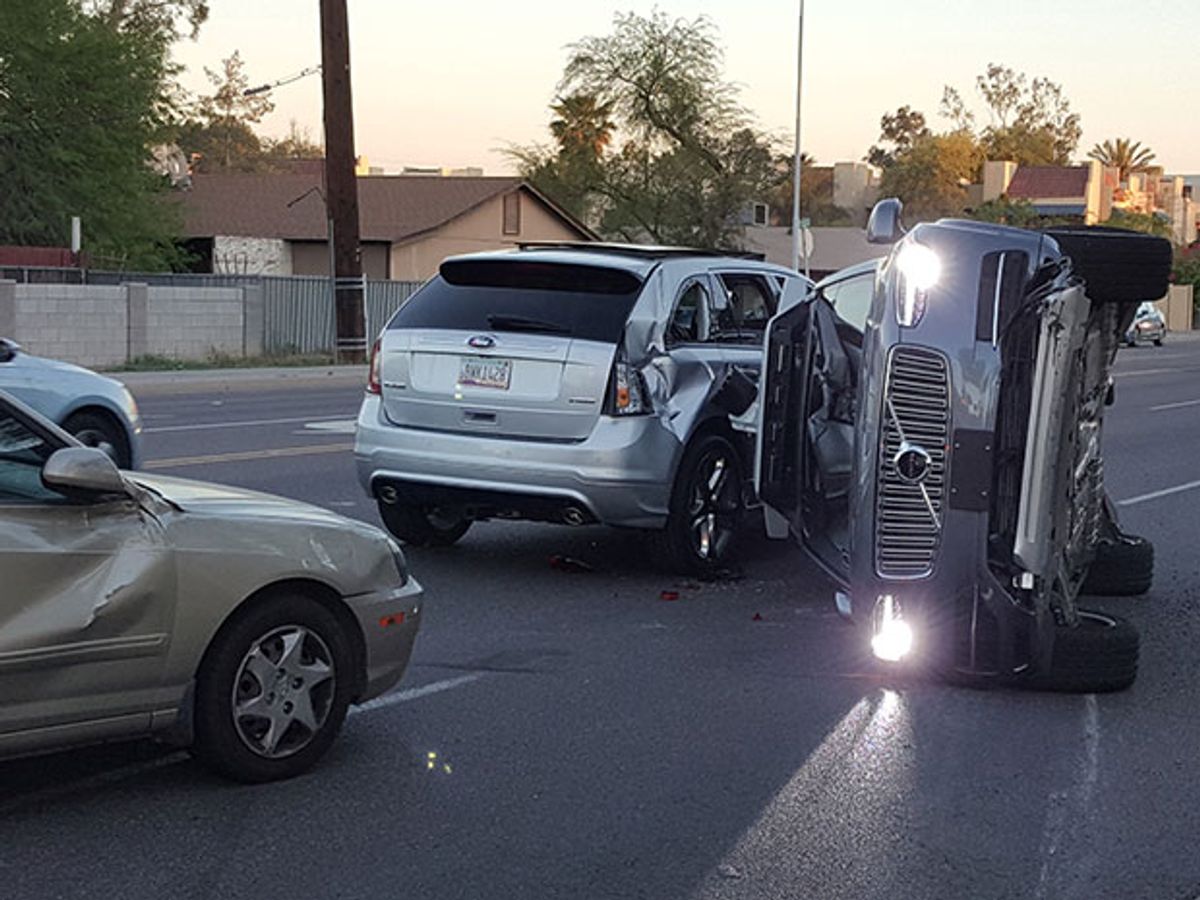 Editor’s note: On Monday morning Uber announced that it had resumed testing of its self-driving cars in San Francisco and that it would resume testing in Pittsburgh and Tempe, Ariz., later in the day, according to Bloomberg.

Uber has temporarily suspended the testing of its self-driving cars following the crash of one of them in Tempe, Ariz. The ride-hailing company had also been conducting experiments in Pittsburgh and San Francisco.

"There was a person behind the wheel [of the Uber car]," Tempe police information officer Josie Montenegro told Bloomberg. "It is uncertain at this time if they were controlling the vehicle at the time of the collision." She added that the crash had apparently been caused by another vehicle’s failure to yield.

The crash was no mere fender-bender: The Uber car—a specially equipped Volvo—was left lying on its side. Contrast the evident violence of that accident with the record racked up by Waymo, the spinoff of the Google car project, which has had only a few minor scrapes during its years-long testing.

A month ago Waymo accused Uber of purloining aspects of its robocar technology, in part by hiring Waymo engineers, notably Anthony Levandowski. Waymo claims that Levandowski brought along gigabytes-worth of Waymo’s plans for lidar sensing systems.

NuTonomy, which is also investigating robocars for a ride-hailing service, yesterday told the Boston Herald that it would continue its testing in South Boston. NuTonomy has another such a program in Singapore.