Ford, on the other hand, is offering the tech giant's stuff alongside its own 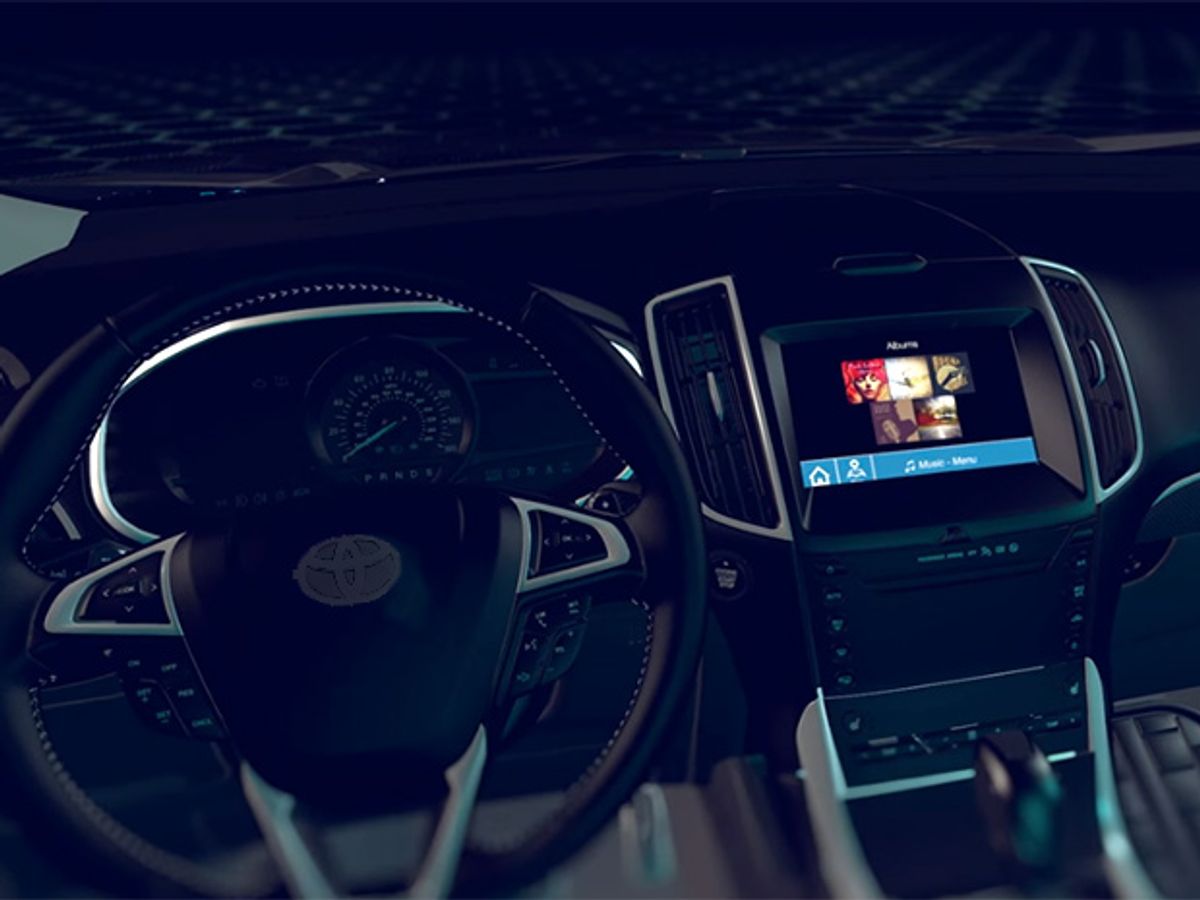 Toyota’s decision to use software from Ford—rather than rival products from Google or Apple—as a gateway into its cars’ cybernetic guts marks a new phase in the auto industry’s battle with the Silicon Valley tech giants.

Toyota—the world’s largest auto company—announced at CES two days ago that it will use the Ford Motor Company’s SmartDeviceLink, or SDL, rather than Google’s Android Auto or Apple’s CarPlay. Toyota first said it was considering SDL six months ago.

But Ford itself is playing both sides, saying in its own statement at CES that its cars would offer all three systems. Ford has far less heft now than Toyota does and is thus in nowhere near so good a position to double down on its own technology. Ford’s own driverless research program depends heavily on collaborations with tech companies—indeed, many had speculated that Ford was about to announce that it had merged its program with Google’s. And something of that sort may yet come about.

Not that Ford wouldn’t like its own software to do well in the market. The company released SDL as an open-source package three years ago with that express purpose. And, as Ford noted in a separate statement, other automakers are also considering using it, among them Honda, Mazda, Subarui and Peugeot Citroën.

Why the interest in a non-Silicon Valley alternative? Because the auto industry fears for its life.

Car guys were at first appalled by the idea of controlling infotainment, communications, and navigation systems via a smart phone. But now that’s the way the smart money bets. Manufacturers can no longer dictate terms to would-be providers of music, news, mapping, or even services for stranded motorists. So the auto industry has abandoned the battlements and retreated to defend the castle tower: the look and feel of a car’s interface to the phone.

"With SDL, automakers can offer smartphone apps which match each company's in-car system characteristics and interface,” Toyota said. The emphasis is on the interface. It’d be easy enough for the company to funnel its systems through a Google or Apple interface, but if it did that it would lose its brand-name distinctiveness.

The interface is key to that now that the underlying vehicle is becoming much of a muchness. Don’t think so? Take a look at all the minivans out there, and see whether you can tell them apart.

Commodification will continue. When cars finally drive themselves, hewing robotically to the rules of the road, beamed at them from the road itself, while protecting occupants with standardized safety equipment, navigating with the help of standardized maps, and renting themselves out by the hour to random strangers, who will know—or care—what make of car they happen to be in?

People will say, “Take a car—any car.” It will hardly matter which one.