The elephant’s new protector is PAWS, a machine-⁠learning and game-theory system that predicts where poachers are likely to strike 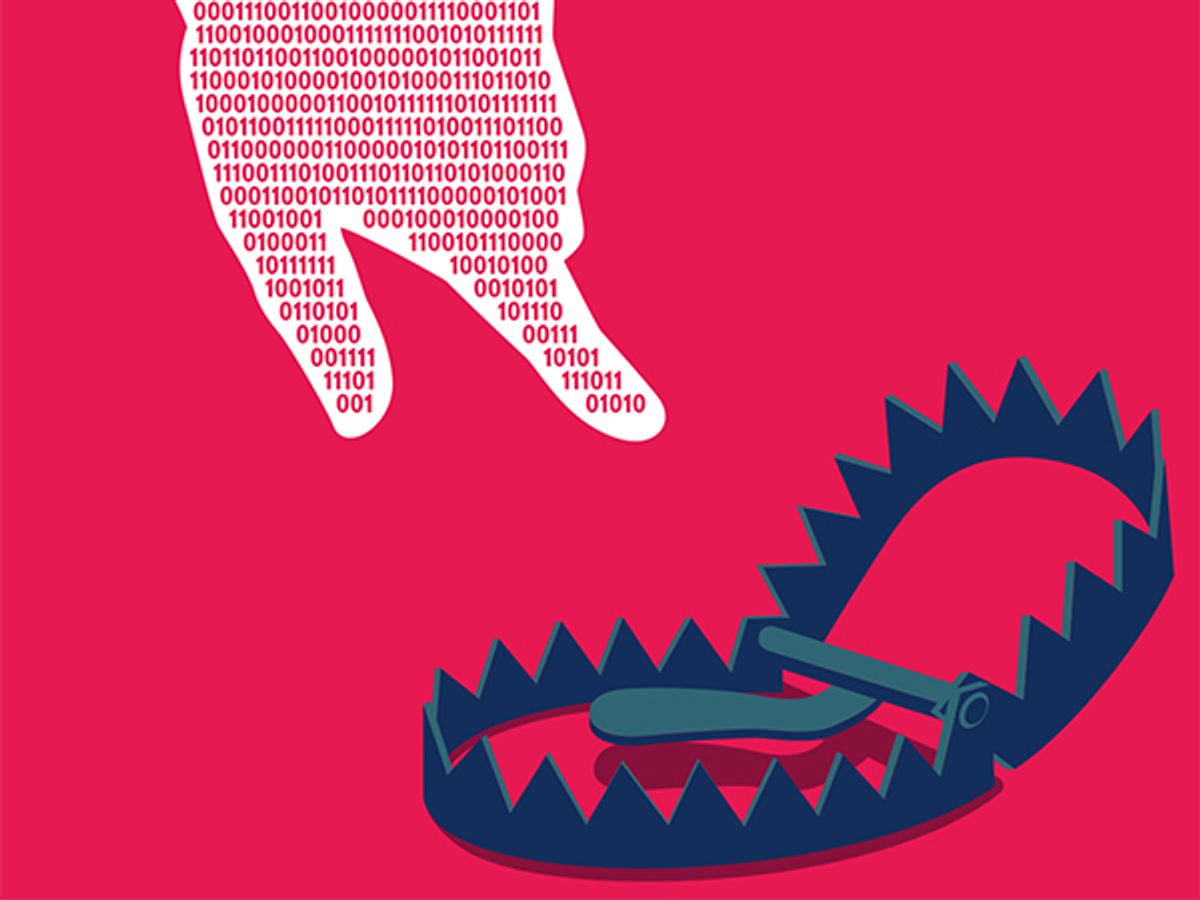 Every year, poachers kill about 27,000 African elephants—an astounding 8 percent of the population. If current trends continue, these magnificent animals could be gone within a decade.

The solution, of course, is to stop poachers before they strike, but how to do that has long confounded authorities. In protected areas like wildlife preserves, elephants and other endangered animals may roam far and wide, while rangers can patrol only a small area at any time. “It’s a two-part problem,” explains Milind Tambe, a computer scientist at the University of Southern California, in Los Angeles. “Can you predict where poaching will happen? And can you [target] your patrols so that they’re unpredictable, so that the poachers don’t know the rangers are coming?”

To solve both parts of the problem, Tambe and his team created an artificial-intelligence system called PAWS, which stands for Protection Assistant for Wildlife Security. A machine-learning algorithm uses data from past patrols to predict where poaching is likely to occur in the future. And a game-theory model helps generate randomized, unpredictable patrol routes. The system has been field-tested in Uganda and Malaysia with good results, and in 2018 its use will expand to China and Cambodia. In addition, Tambe says, the PAWS system could soon be integrated into an existing tracking tool called SMART, which wildlife conservation agencies have deployed at most sites worldwide to collect and manage patrol data.

In a one-month trial with the Wildlife Conservation Society in Uganda’s Queen Elizabeth National Park, rangers patrolled two areas that they rarely visited but that PAWS indicated had a high probability of poaching. Much to the rangers’ surprise, they found numerous snares and other signs of illegal activity. A later 8-month trial looked at the entire park. Again, the patrols verified the model’s predictions: In the high-probability areas, they found about 10 times as much poaching as in the low-probability areas. A new trial in Uganda’s Murchison Falls National Park is checking whether PAWS will work equally well in a different location. Andrew Plumptre, director of science for the Wildlife Conservation Society’s Africa program, is collaborating with Tambe’s group on the Uganda field trials. He says that on normal patrols, rangers enter data about what they’re seeing, using a smartphone app called Cybertracker. About once a month, that data gets uploaded to SMART. “You’re able to map where patrols have searched, where they found snares and carcasses of elephants and whatever,” says Plumptre. “But there’s nothing proactive about it. Ranger patrols alone aren’t sufficient to stop poaching.” He’s hoping that PAWS’s predictive abilities will make those patrols as efficient and effective as possible.

The PAWS system grew out of work Tambe and his students started doing more than a decade ago for port, airport, and airline security. The U.S. Coast Guard, the Transportation Security Administration, and the Los Angeles Sheriff’s Department have all deployed AI systems developed by Tambe’s group. And he cofounded Avata Intelligence, in Venice, Calif., to commercialize this research.

About six or seven years ago, Tambe was at a World Bank meeting and saw a talk on the dire plight of tigers, fewer than 4,000 of which survive in the wild. “I guess I’d heard about such things, but I never appreciated the scope of the problem. I suddenly realized the potential of AI to help,” Tambe says. He quickly got in touch with conservation groups.

Fei Fang, a former student of Tambe’s who is now an assistant professor at Carnegie Mellon, had worked on a Coast Guard system to protect the Staten Island Ferry, in New York City, before turning to PAWS. The two scenarios are similar, she notes. “There is a defender, which is the wildlife ranger or the Coast Guard, and there is an attacker, which is a poacher or a terrorist, and they’re interacting with each other in a way that you’re trying to predict.”

Predictive Patrols: Fei Fang, a computer scientist at Carnegie Mellon, shows off a tiger snare discovered in a wildlife preserve in northeast China. Fang and Milind Tambe of the University of Southern California developed a machine-learning algorithm to predict where poachers are most active. Photo: Yongchao Jing

For the PAWS team, the field trials drove home an important reality of wilderness policing: The world is not flat. When the team began working in Malaysia, Fang says, they didn’t factor in the densely forested, mountainous terrain. “In our first model, we took a map, divided the whole area into grid cells, drew a line on the grid, and said, ‘Patrollers, please follow this line,’ ” she recalls. “We’d have Skype calls with them, and they’d tell us: ‘No, no, no, this is not going to work.’ We didn’t understand.”

Only when the PAWS team visited the Malaysian reserve did they get it. “We walked the route with the rangers, and it took us about 8 hours to go a couple miles,” Fang says. A subsequent refinement of PAWS takes into account geographical features that are easy to walk on, like ridge lines, streambeds, and old logging trails. “We built a virtual street map for the conservation area and then plotted routes based on the map.” Patrollers following the new routes found “all kinds of signs of animal and human activity,” Fang says.

At press time, Fang was in the midst of a three-month field trial of PAWS in northeast China with the World Wildlife Fund, where the animal of greatest concern is the Siberian tiger. Fang says one enhancement they’re working on is to help rangers make decisions while on patrol. “They may see footprints and tree marks, which indicate the direction the poachers are heading,” she says. “And they need to decide, Should I chase the poachers? What is the best strategy for changing plans if they see new information?”

Tambe and Fang are also collaborating with a wildlife conservation service called Air Shepherd, which uses drones equipped with infrared cameras to search for poachers at night. Their AI-based video-analysis system is automating what is otherwise a tedious and difficult task for humans: reviewing hours and hours of grainy black-and-white footage and then alerting rangers when illegal activity is detected.

The next step for PAWS is to make it available to other NGOs, ideally by integrating the algorithm into existing tools, like Cybertracker and the SMART system. “We’re probably never going to completely stop poaching,” says Plumptre. “But we can get it down to a lower level, so that populations don’t decline.”

AI is usually applied to problems of modern technology, Tambe notes, but this work is different. “We’re using AI to save the natural world—these stunning landscapes and animals that we hope won’t disappear,” he says. “These are important treasures.”