The Jargon of Junk Food 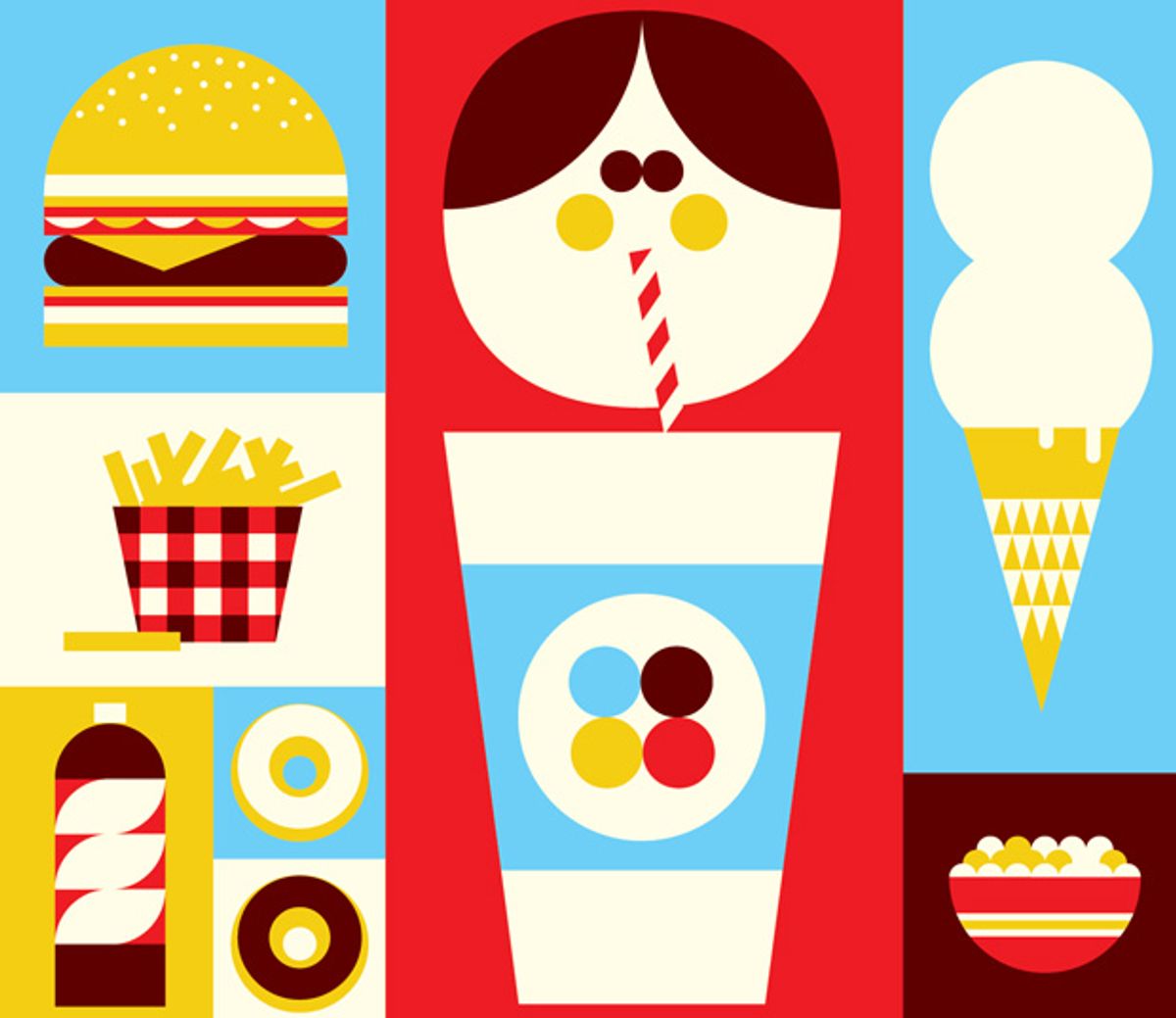 Most of us love food—many of us love food a little too much. Hence the dangerous rates of morbid obesity in the United States and elsewhere, an epidemic known as globesity. Those extra pounds generally come from the overconsumption of soft drinks, snack foods, and fast foods. The massive popularity of these so-called junk foods (a phrase that was added to the language menu in 1973) is a testament to the food industry’s talent for creating feel-good food.

Our diets may be richer for it, but so too is the English language, which now boasts many tasty new words and phrases cooked up by food industry scientists and technologists. (I’m indebted to New York Times reporter Michael Moss, particularly for his fascinating new book Salt Sugar Fat, for many of these terms.)

Food companies don’t want their customers to be obese, of course, but what they are dedicated to is increasing stomach share, or the market share within a food category. They’re certainly happy to use marketing techniques to do this, particularly up-and-down-the-street marketing where they get their product prominently displayed in every mom-and-pop shop and convenience store on a street. But processed-food companies increasingly turn to their legions of scientists to produce foods that we can’t resist. These food geeks tweak their products by varying the levels of the three so-called pillar ingredients—salt, sugar, and fat.

Why not just crank these ingredients up to 11 if we crave them so much? It turns out that although we generally do like more of them, when you go past a certain amount, we like the result less. That optimum amount of salt, sugar, or fat is called the bliss point. Scientists also adjust these ingredients as well as factors such as crunchiness to produce a mouthfeel—that is, the way the food feels inside a person’s mouth—that causes consumers to crave more. Technologists can also induce a flavor burst by altering the size and shape of the salt crystals themselves so that they basically assault the taste buds into submission.

The holy grail of junk-food science is vanishing caloric density, where the food melts in your mouth so quickly that the brain is fooled into thinking it’s hardly consuming any calories at all, so it just keeps snacking. In the process, packaged-food scientists want to avoid triggering sensory-specific satiety, the brain mechanism that tells you to stop eating when it has become overwhelmed by big, bold flavors. Instead, the real goals are either passive overeating, which is the excessive eating of foods that are high in fat because the human body is slow to recognize the caloric content of rich foods, or auto-eating: that is, eating without thinking or without even being hungry. (The opposite problem is being overhungry, where you’re so ravenous that you’ll basically eat anything that’s put in front of you.) Either way, if you end up with a food baby, a distended stomach caused by excessive overeating, you’ve made a fast-food executive somewhere very happy.

Sometimes these junk-food machinations backfire and companies end up battling the cookie aisle problem. This is where consumers shun a particular aisle in the store, such as the one containing the cookies, because there is too great a risk they would buy-and-binge, purchasing a bag of Oreos and then eating all or most of them once they get home. Of course, with both waistlines and processed-food company profits expanding alarmingly, it’s clear that consumers are in fact spending all too much time in the cookie aisle. They can’t help it. The science made them do it.