The Beginning of The End of Cash

Cash’s role is waning, as mobile, encryption, and other technologies let us plug directly into the digital economy 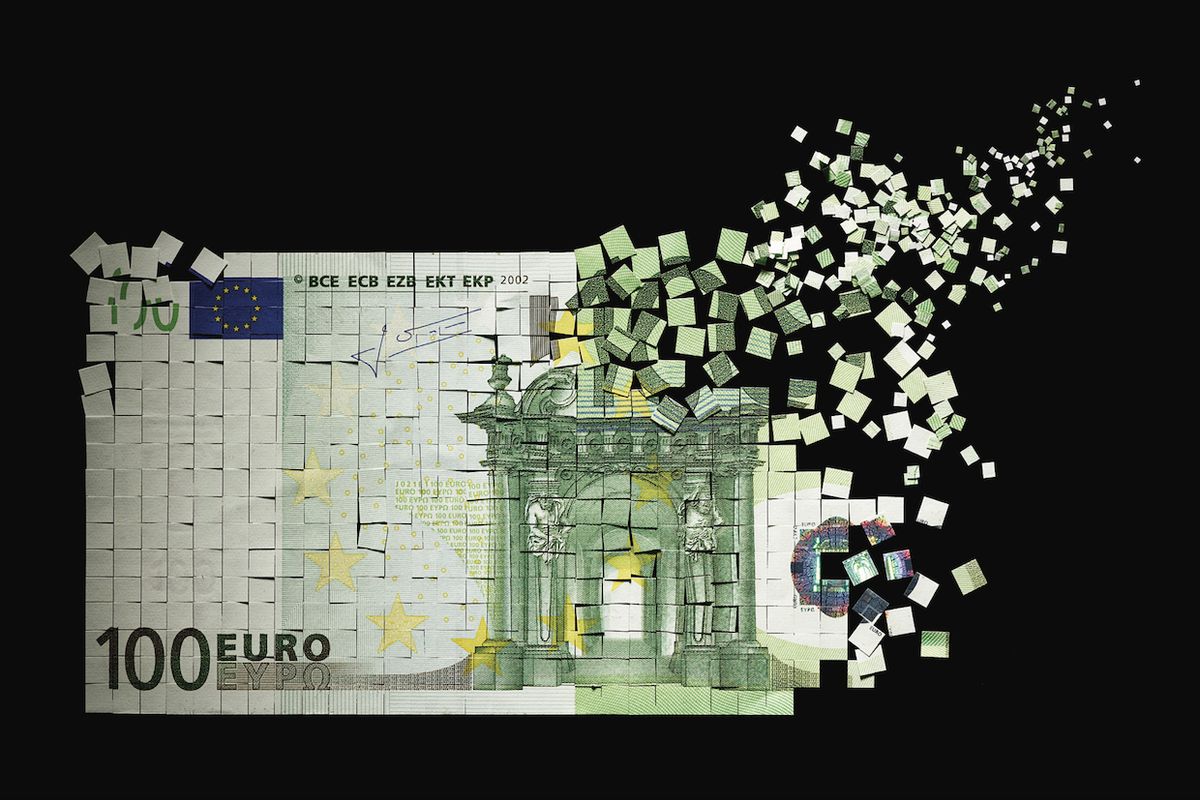 The basic paradigm has been in effect for years. You toil, scheme, cajole, and cogitate, and in exchange you get paid—but probably not in cash. Some bits get altered periodically in a database somewhere, as infinitesimal patches of ferro­magnetism on disks or electromagnetic pulses flitting from here to there. Your earnings, your savings, your spending: Virtually all of it is virtual.

Money is the most important abstraction human beings have ever devised. And yet that abstraction has not been fully embraced. Decades after money began going electronic, we all continue to cling to cash, a quaint vestige from earlier eras when money meant cowrie shells, giant stone disks, and shiny  gold pieces. Of the many things we could do now with technology, getting rid of cash would be one of the more sublime.

Anarchists, drug dealers, prostitutes, politicians, dog walkers, and nannies all have reason to prefer cash. How about you?

But various factors and factions continue to prop up the cold hard stuff. One is the awesome might of the middle-aged and elderly. Says Ron Shevlin, an analyst with the Aite Group (and Monty Python fan): “There are a lot of baby boomers who aren’t dead yet, and they’re simply not going to give up cash.” Cash will gradually die off as, well, they do, he says.

Weaning ourselves away from cash is a good idea, Shevlin adds, but let’s be realistic. The world he and his colleagues envision has robust and convenient alternatives to cash, but it has cash, too. “That’s why we call it the less-cash society, not the cashless society,” he says.

It’s not just baby boomers who can’t let go of cash, though, and that fact reveals some interesting things about us. First, we’re kind of lawless, and we’d rather the government didn’t know everything we do. Anarchists, drug dealers, prostitutes, politicians, dog walkers, and nannies all have reason to prefer cash. There’s a big, spinning world of under-the-table transactions, and what makes it go round is cash. The most thorough recent attempt to measure a country’s underground economy was in 2011 by the U.S. economists Richard Cebula and Edgar L. Feige. Their study [PDF] concluded that 18 to 19 percent of the total reportable income in the United States is either not reported or not properly reported. The ­researchers estimated that the tax not paid came to half a trillion dollars in 2008.

But even if you’ve got nothing to hide (nothing? really?), cash is still undoubtedly part of your world. Would you want to pay for a banana with a credit card, even if you could?

For most of us, cash has become a smallish but unavoidable expedient in our lives, like umbrellas or paper towels. And that smallish role is going to get even smaller, because cash is under assault on multiple fronts. The strange world of money is about to get a lot stranger.

Established alternatives to cash include cards: credit, debit, and more recently, prepaid debit. There is also a growing assortment of marginal electronic alternatives, such as the scrip that gets passed around in online games and social networks.

More interesting and much more ambitious are the cryptocurrencies, chiefly Bitcoin, which is backed by no government and has a fluctuating value linked in part to a scarcity that is mathematically predetermined. Unlike other forms of digital cash, Bitcoin is truly untraceable and therefore, like cash, cannot be recovered if lost or destroyed.

The biggest near-term threat to cash, though, will come from mobile payments. All over the world, the push is on to get you to use your cellphone to buy stuff. The United States has lagged badly here, but with Google’s considerable muscle, it is now attempting to catch up. In these mobile payment schemes, your phone simply stands in for your credit card, storing its data and communicating with a merchant’s little credit card terminal via a radio technology called Near Field Communication. Following Google’s example, which is called Google Wallet, Verizon, AT&T, T-Mobile, and others are now rolling out competing schemes that will let you buy that banana by waving your phone near that terminal. Well, probably not the banana, because these systems all depend on your phone pretending it’s a credit card, and credit cards are still far from universally welcome for banana-size transactions.

Google and its rivals are reportedly trying to rectify that situation. Google, in fact, until recently harbored ambitions of becoming a mint—literally, in addition to figuratively. “We had vari­ous proposals to have our own currency, which we were going to call Google Bucks,” said executive chairman Eric Schmidt during a Q&A at the Mobile World Congress 2012 (a YouTube video is available). The idea was abandoned, Schmidt said, because of “some issues with peer-to-peer money. It turns out that it’s in most cases illegal….The reason that it’s illegal is that governments don’t trust it because of the issues of money laundering and so forth, and the central banks want to control it.”

So there are rivers of cash that not even Google can get at (at least for now), and not all of it is extra­legal: You pay the babysitter; you stuff a few bills into your nephew’s birthday card; maybe you tip your, um, masseuse. And all of those day-to-day transactions add up to a surprisingly large category. A study by the Aite Group estimated that cash transactions in the United States totaled US $1.2 trillion in 2010 (not including extralegal ones, of course). Eighteen percent of that total was people paying bills, roughly 43 percent was retail purchases (such as your banana), and a whopping 40 percent was direct payments from one person to another. Small, cash-out-of-the-pocket exchanges are still the stuff of everyday life.

There will come a day, however, when you’ll be able to hold your cellphone next to someone else’s, hit some soft keys, and money will be transferred between the two accounts—no credit card required. Indeed, this past April, the government of Canada announced a ­digital cash initiative based on an integrated circuit called MintChip. The idea is to let people make their small transactions by exchanging information from those chips via their smartphones and other appurtenances. And unlike Bitcoin, the money transferred would be a national currency—Canadian dollars. But analysts question whether it would be as truly anonymous as real cash.

Together, these mechanisms will shrink cash’s niche still further. In the articles that follow, we describe the various ways that technology is transforming the nature of trans­actions and altering the way we ­interact with the vast, swirling digital economy that already pervades our lives: how it is rewriting the schemes by which we pay for stuff; how it is shaving microseconds off futures-­market trades; how it is boosting security by linking our biometric selves with our accounts. How it could, in theory, finally achieve an ancient ideal: money that cannot be counterfeited.

These and other advances will bring changes as fundamental as did the invention of paper money, many centuries ago. Money will keep doing what it always has—settling accounts, storing value, and greasing the wheels of progress. But it will finally be doing it in a way commensurate with the world it helped create.