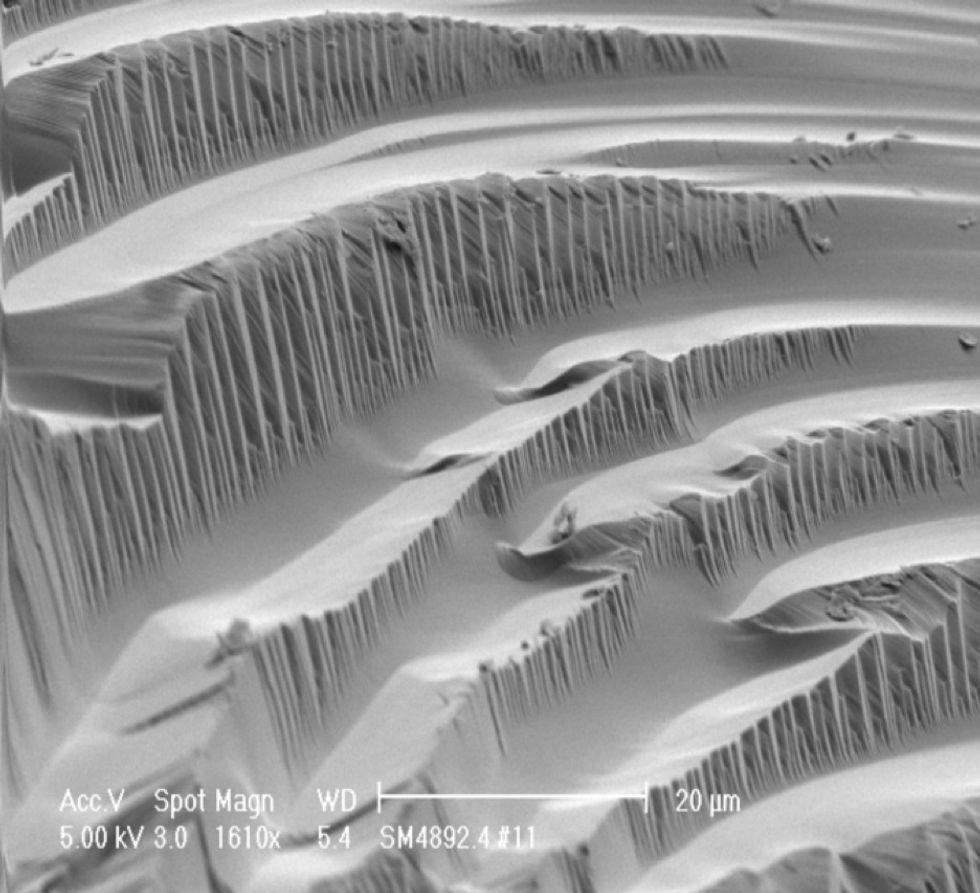 Photo: Tan Lee Koon/Systems-on-Silicon Manufacturing Co.
The Hope Terrace: The chipping at the edge of a silicon wafer, when examined under a scanning electron microscope, looks like an inspiring bit of geography, according to third-prize winner Tan Lee Koon.

If you are viewing this page with an iPad or iPhone, click here to launch the slideshow:

What will the device be like on its 100th anniversary?

The 100th anniversary of the invention of the transistor will happen in 2047. What will transistors be like then? Will they even be the critical computing element they are today? IEEE Spectrum asked experts from around the world for their predictions.