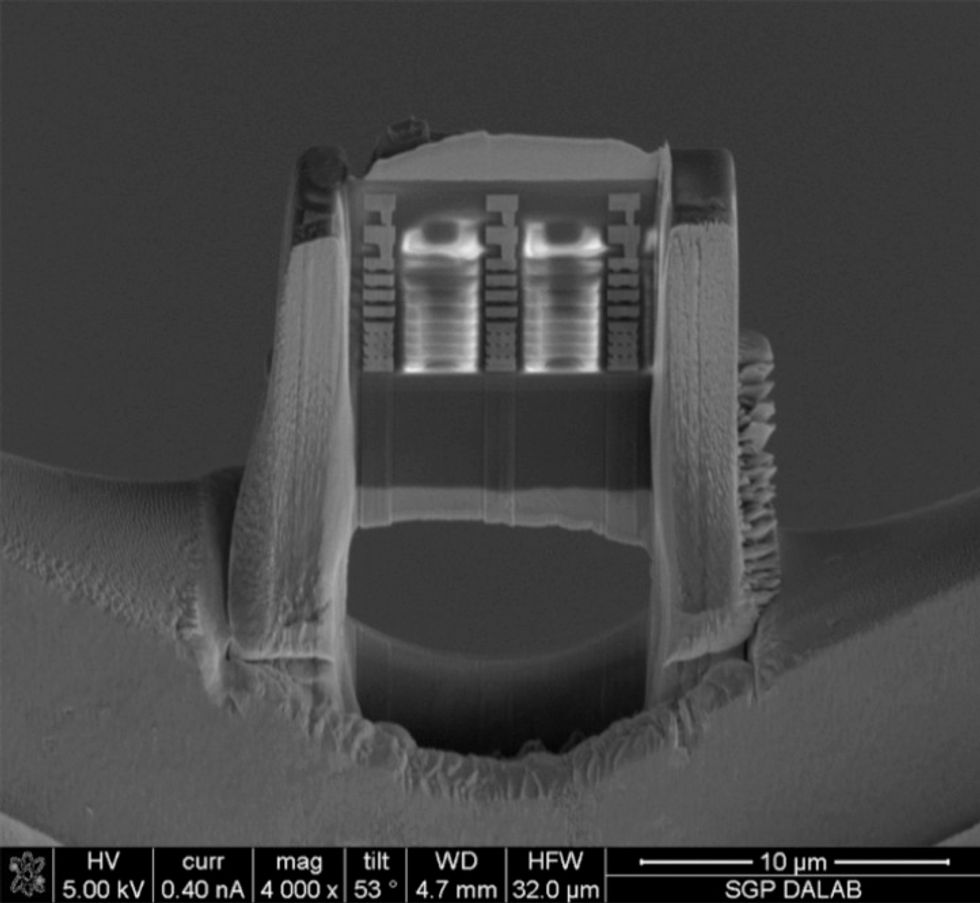 Image: Foo Fang Jie
This stoic-looking robot was spied while engineers were preparing a die for transmission electron microscopy. The face appeared as the copper metal layers were being thinned using a focused ion beam machine.

Just as one man’s trash is another man’s treasure, one person’s systems failure is another one’s masterpiece. This is the third year that the “Art of Failure Analysis”was featured at the IEEE International Symposium on the Physical and Failure Analysis of Integrated Circuits (IPFA). Participants submitted the most intriguing images they’d captured during chip autopsies. Favorite pictures from the collection, which range from charming to just plain creepy, were on display at the symposium from 5 to 9 July in Singapore.

Is This the Best Semiconductor Ever Found?

This Memory Tech Is Better When It's Bendy

Intel’s i860 RISC chip was a graphics powerhouse

In San Francisco on Feb. 27, 1989, Intel Corp., Santa Clara, Calif., startled the world of high technology by presenting the first ever 1-million-transistor microprocessor, which was also the company’s first such chip to use a reduced instruction set.

The number of transistors alone marks a huge leap upward: Intel’s previous microprocessor, the 80386, has only 275,000 of them. But this long-deferred move into the booming market in reduced-instruction-set computing (RISC) was more of a shock, in part because it broke with Intel’s tradition of compatibility with earlier processors—and not least because after three well-guarded years in development the chip came as a complete surprise. Now designated the i860, it entered development in 1986 about the same time as the 80486, the yet-to-be-introduced successor to Intel’s highly regarded 80286 and 80386. The two chips have about the same area and use the same 1-micrometer CMOS technology then under development at the company’s systems production and manufacturing plant in Hillsboro, Ore. But with the i860, then code-named the N10, the company planned a revolution.