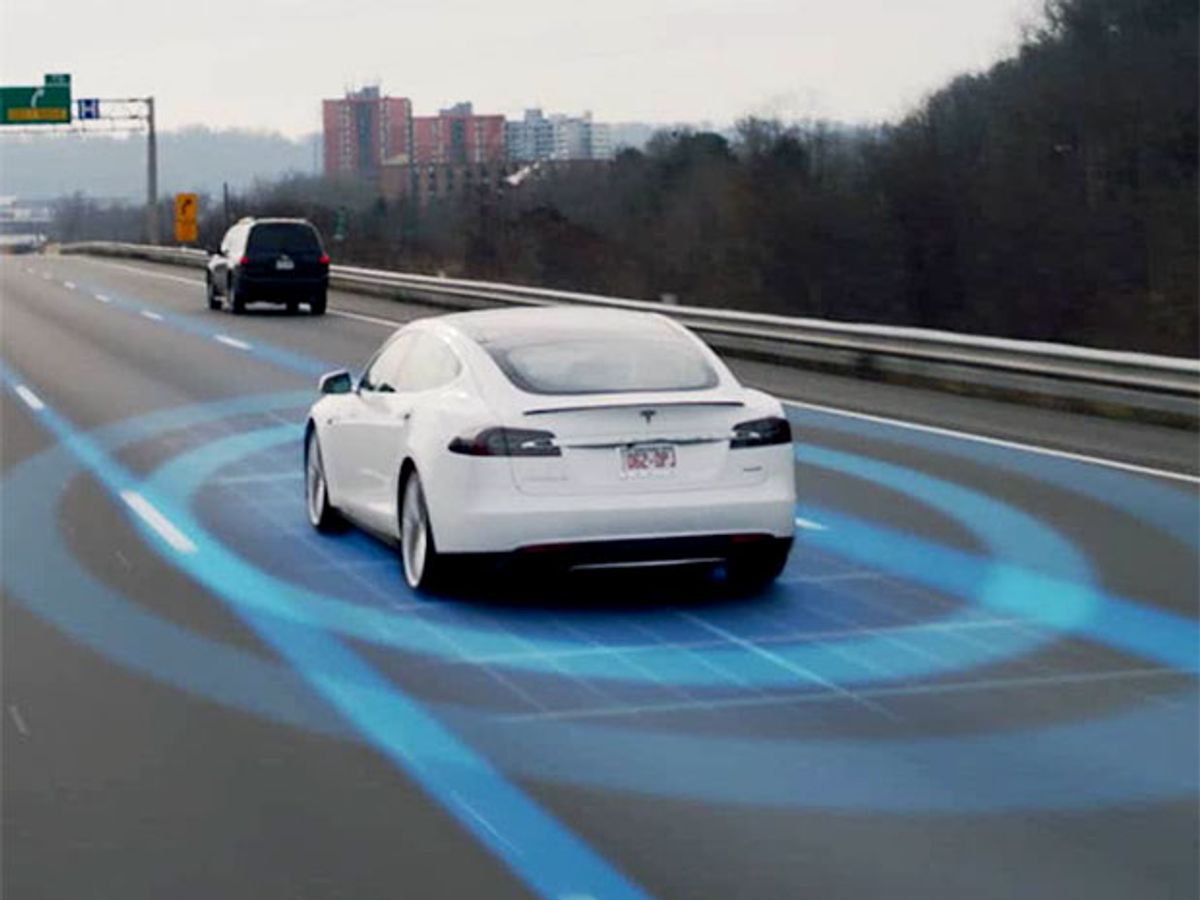 Tesla has unveiled some results of its crowdsourcing efforts among users of its Autopilot feature, introduced just six months ago, and the data give some hints on how the feature performs.

For instance, Autopilot centers the car in its lane with the obsession of a chronic picture-straightener:

Tesla installed the hardware of its Autopilot in cars about a year before uploading the enabling software, in October 2015, said Sterling Anderson, director of Tesla’s Autopilot program, on Tuesday. The company has logged some 780 million miles of data, 100 million miles with Autopilot in at least partial control. Anderson was speaking at the EmTech Digital conference in San Francisco, which was sponsored by MIT Technology Review.

He also said that Tesla tries out new software by testing it covertly, so that it can tell what the software would have done if it had been turned on. “We will often install an ‘inert’ feature on all our vehicles worldwide,” said Anderson. “That allows us to watch over tens of millions of miles how a feature performs.”

Tesla’s crowdsourcing of its 70,000-odd customers has thus allowed the company to amass far more passenger-miles than Google’s small fleet of professionally driven cars has done. Tesla logs about 1 million miles a day; Google has logged some 1.4 million miles since it started testing autonomous cars in 2009.

But Tesla’s voluminous data aren’t quite comparable to Google’s. Autopilot takes charge on highways; Google’s cars mostly drive around in cities. That makes the trips shorter and much more challenging. And one more thing: Google’s true master trove of data comes from the fine-grained maps it lays down in every city it tackles. That, and massive simulation tests the company does in silico, may well put Google in the driver’s seat.