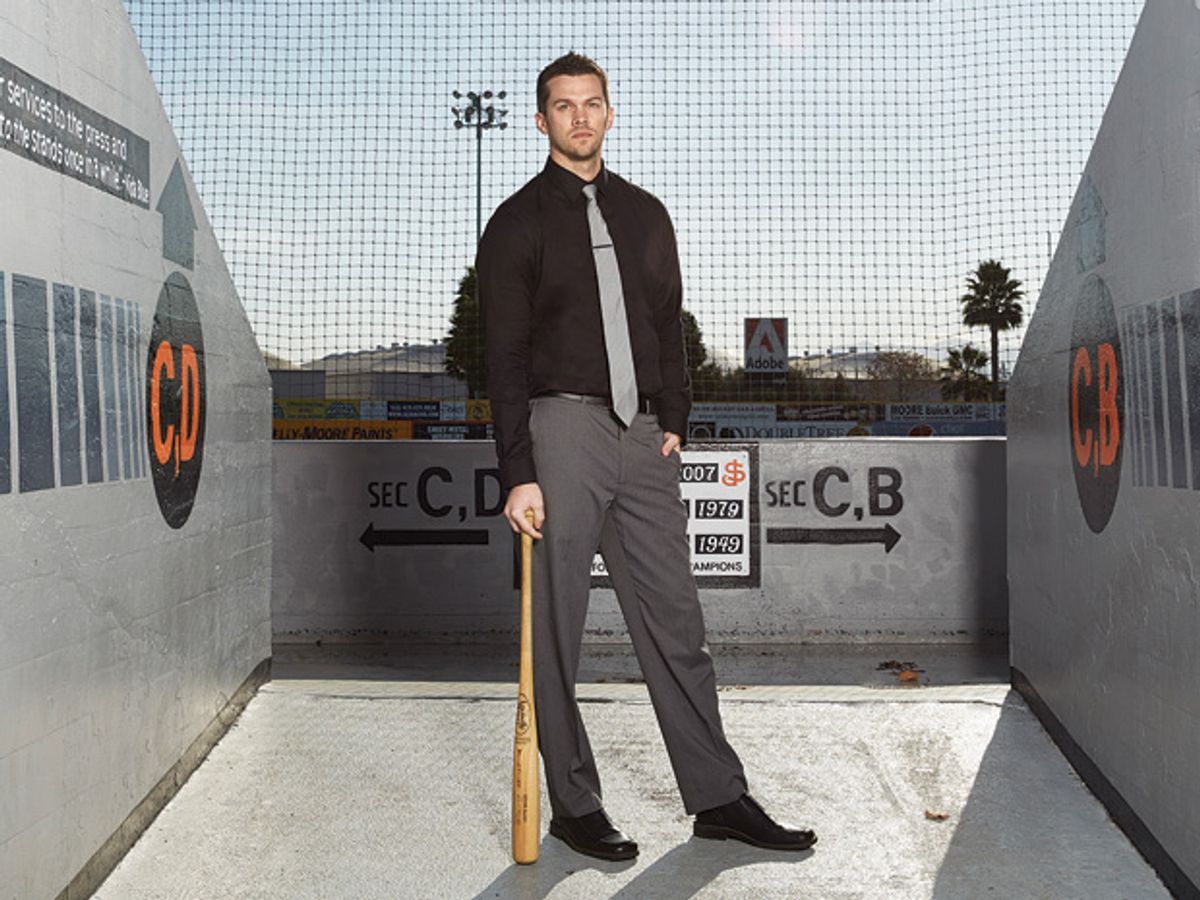 Tall and lanky, Mark Perry (no relation to this author) looks like the professional baseball pitcher he once dreamed he'd become. But it's his coding, not his fastball, that got him into the major leagues.

Perry works for Sportvision, in Mountain View, Calif., the company that creates and operates tracking and graphics systems for sporting events. If you've ever watched American football on television, you've probably seen one of the company's early innovations—a virtual first-down line “painted" across the screen in bright yellow.

Perry is Sportvision's lead engineer for baseball, developing software to analyze pitches, hits, and soon, the movements of the players themselves. It's the perfect job for a baseball fanatic turned engineer.

Perry didn't step right off the pitcher's mound into this line of work—but almost. Although he was good at math and science in high school, his main interest was baseball, which he intended to make his career. But during his senior year, a lower-back injury knocked him out of the starting rotation and into the bullpen, forcing him to consider other possibilities.

When he entered California Polytechnic State University, in San Luis Obispo, in 2001, he planned to keep playing while simultaneously studying engineering. But then his classes got tough. It was decision time. “I love baseball," Perry says. “I will never stop loving the game. But I realized I couldn't do both halfway, so I chose the safer route."

During his junior year, that safer route included a wrong turn. Perry took a co-op engineering job with Cisco Systems, doing hardware testing. “It just wasn't for me," he says.

Seeking more of a challenge, he started looking for an internship writing software. That's when his mother stepped in. Earlier she'd had a chance meeting with Rob Amyx, Sportsvision's senior manager of special projects. Although Amyx hadn't described his work in great detail, Perry's mother got the sense that he worked for a company that sometimes sent engineers to sporting events. She thought that sounded like a good fit for her baseball-crazy engineer son and insisted that he send Amyx his résumé.

Amyx passed the résumé on to Sportvision's engineering team, and Perry landed a three-month summer internship, where he found himself assigned to a golf project. Perry doesn't play golf, but he knew that Sportvision was still the right place for him. For one thing, he says, it was great to be surrounded by people who cared about sports; in addition to golf and football, Sportvision has products for motor sports, baseball, and sailing. Also, working at Sportvision felt a lot like being a professional athlete, he says, because he traveled to sporting events as part of the event, not as a spectator.

That summer Perry built an interface between a database containing golfer statistics and a system that created display graphics as part of a TV broadcast. It wasn't a huge project, but it was all his.

As college graduation approached, Perry applied for jobs at a number of large Silicon Valley companies, but without much enthusiasm. He really wanted to work for Sportvision. So he kept e-mailing the company's chief technology officer, begging for a job. It worked: A week before graduation, he got an offer—a position developing software for the Indy Racing League, a series of races that culminates in the Indy 500. He started in January 2006.

As part of the new job, Perry traveled around the country to Indy events. It was a blast. “I was newly 22, just graduated, and I got to see the nation and watch sports," he says. For about eight months out of each year, he was on the road almost constantly. The graphics and tracking system for the Indy races was new, so bugs needed to be fixed and features added on the fly. Sometimes he stayed up at the racetrack all night coding and released the updated software in the morning, without any reasonable time for testing. “It's not the best way to code," Perry admits. “But it's a stress that I was used to in sports—the pressure of delivering something when it's needed. I thrive in those kinds of situations." The other third of the year he worked in Sportvision's Mountain View offices, doing more extensive software development in preparation for the next racing season.

This was in many ways his dream job—with one catch: Auto racing wasn't baseball. But in 2009 Perry became managing engineer of the team behind Pitchf/x, software for tracking baseball pitches and displaying their trajectories on TV.

Major-league ballparks were already using Pitchf/x. Perry's assignment was to help roll it out into minor-league ballparks. While major-league Pitchf/x was then primarily used just to enhance television broadcasts, the minor-league system was going to go further—it would collect and distribute data and video to teams in real time. And more than just the path of the pitch would be available. “We always had the equation of motion that defined the pitch," Perry says. “We use that to draw the trail of the ball and show where it crosses home plate."

The equation includes nine parameters, including initial position, velocity, and acceleration. Coaches and scouts find some of these parameters useful because they can reveal minute changes in a pitcher's delivery.

Perry's group has also developed a system called Hitf/x, to track aspects of hitting, including the contact point and the angle the ball takes as it comes off the bat. As with its pitching data, Sportvision has found that this information is valuable to coaches and scouts. More recently, Perry started working on software for tracking the position, angle, and velocity of different parts of a player's body.

Perry's not at all sour about giving up his youthful aspiration of becoming a pitcher. “I'm okay with not playing pro sports, because I am really part of pro sports," he says. “I see the games from the sidelines, next to the athletes. And they treat you like you're just like them. You're not there to harass them; you're working together."

The only downside of being a sports professional instead of an ordinary fan, Perry explains, is that now he can't ask for autographs.

This article originally appeared in print as “Baseball's Most Valuable Coder."