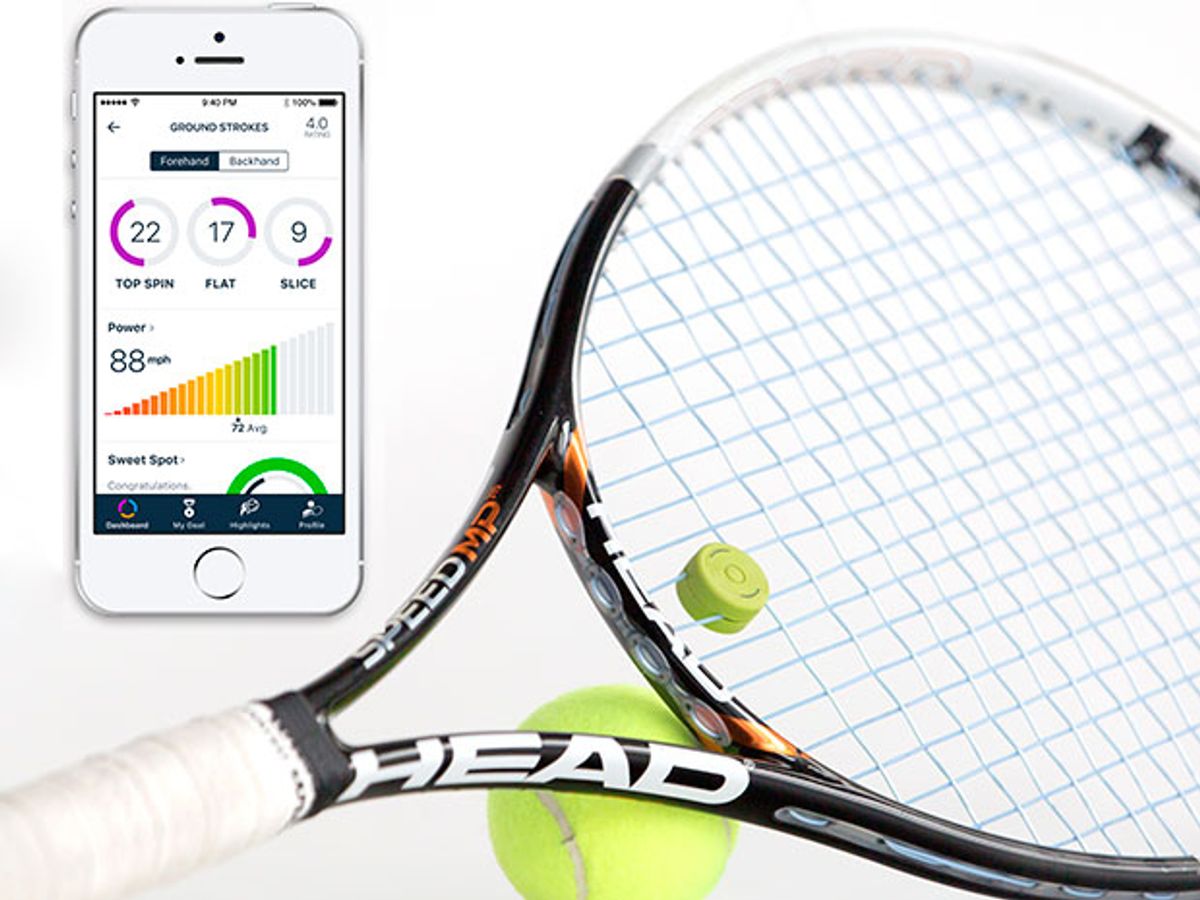 Smart rackets that allow tennis players to track and analyze their strokes have been around for a while. I saw the $200 Smart Tennis Sensor from Sony at the January 2016 CES, sensor expert Karen Lightman wrote about the Babolat motion tracking tennis rackets (about $200 to $400) in IEEE Spectrum in February.

The Babolat tennis sensors are built into rackets; the Sony tennis sensors fit into the handles of certain compatible rackets. In both cases, you are likely to have to buy a new racket if you want to start tracking your game, which seemed to me like a pretty significant barrier for the casual athlete.

But both those gadgets have been out for a couple of years, years in which the electronics you need to make them—motion sensors, microprocessors, Bluetooth radios, and batteries—have gotten smaller and more powerful.

So I wasn’t particularly surprised to see a new, and clearly better approach emerge. Courtmatics, presenting at Highway 1 hardware startup accelerator demo day in San Francisco this week, is planning to ship its $79 tennis stroke analyzer, dubbed the smart dampener, this autumn.

The gadget looks like a standard vibration dampener (a little button that clips onto the strings of the racket and reduces the noise and vibration of ball strikes), and can fit onto any racket—that in itself is a huge leap beyond existing technology.

As cofounder Vadim Blank said, generally tennis players don’t want anything new (a new racket, a new gadget attached to their racket), but since they already use a dampener, the smart dampener doesn’t feel “new.”

Vadim also pointed out that getting the sensors out of the handle and onto the strings lets the smart dampener monitor string tension and advise when its time to adjust or replace strings.

However, Blank said, engineering was a challenge—not only making the gadget as small and light as a standard dampener, but making the package strong enough to protect the electronics inside from a direct hit by a high-speed ball. The design team, after five tries, settled on a magnesium enclosure.