The January 2023 issue of IEEE Spectrum is here! 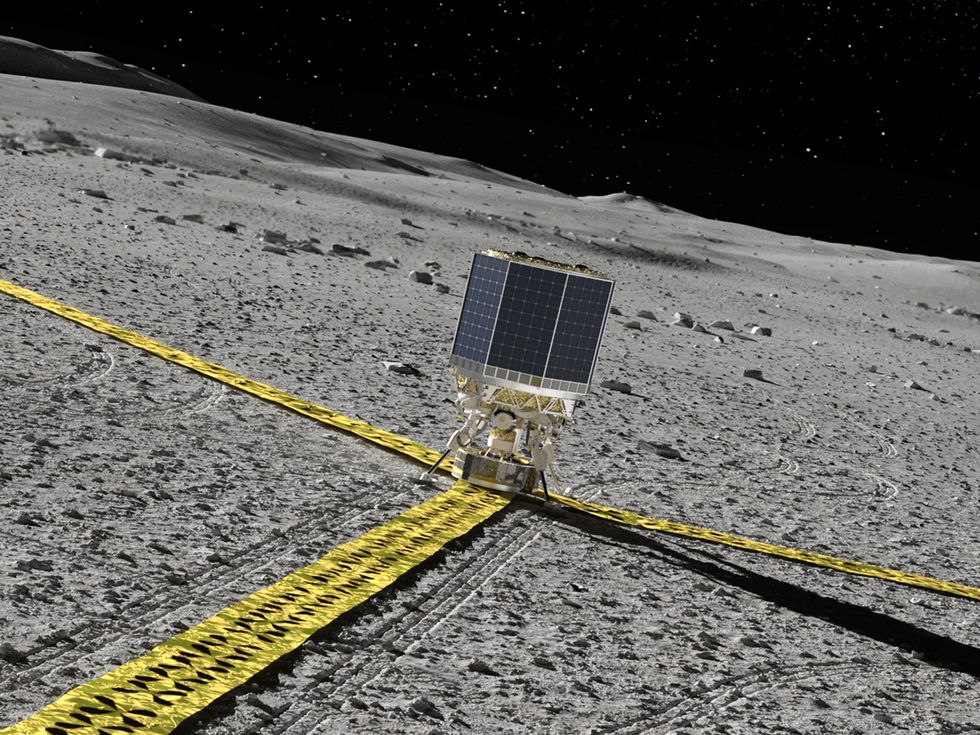 The central electronics box would sift and compress signals from the antenna before transmitting data back to Earth via a relay satellite. The equipment will have to withstand extremes of heat and cold during the moon’s month-long day/night cycle.

A homeowner’s intro to microwave oven cuisine, circa 1980

Allison Marsh is a professor at the University of South Carolina and codirector of the university's Ann Johnson Institute for Science, Technology & Society. She combines her interests in engineering, history, and museum objects to write the Past Forward column, which tells the story of technology through historical artifacts.

In 1975, when this Amana Radarange was introduced, U.S. sales of microwave ovens surpassed those of gas ovens for the first time.

As I write this month’s article, my house is a noisy, dusty construction zone. I am renovating my kitchen, which was originally built in 1964. Although I’m happy to be rid of some of the disastrous 1960s design missteps—seriously, only one electrical receptacle in the entire kitchen?—I was sad to part with a small piece of history: my Amana Touchmatic Radarange microwave oven, with its 700 watts of glorious electromagnetic cooking power.

The ever evolving and revolving microwave oven

My Radarange was installed by the previous homeowner in 1980 and had a decidedly vintage feel, but it was actually a third-generation model. The original Radarange came out in 1947 and was intended for commercial kitchens. Two years prior, Raytheon engineer Percy Spencer had filed a patent for a “Means for Treating Foodstuff,” and the company tested the oven in a Boston restaurant. This water-cooled model was the size of a modest refrigerator, standing approximately 1.7 meters tall and weighing 340 kilograms. It would take a while for the microwave oven to evolve into the countertop version we all know today.

FAST Labs is an R&D organization where research teams can invent and see their work come to life.

This is a sponsored article brought to you by BAE Systems.

No one sets out to put together half a puzzle. Similarly, researchers and engineers in the defense industry want to see the whole picture – seeing their innovations make it into the hands of warfighters and commercial customers.

Your Cellphone Will Be a Satphone

Log4Shell Still Has Sting In The Tail