Ray Dolby, who died today, gave me a rare glimpse of his early days in technology in a 1988 interview 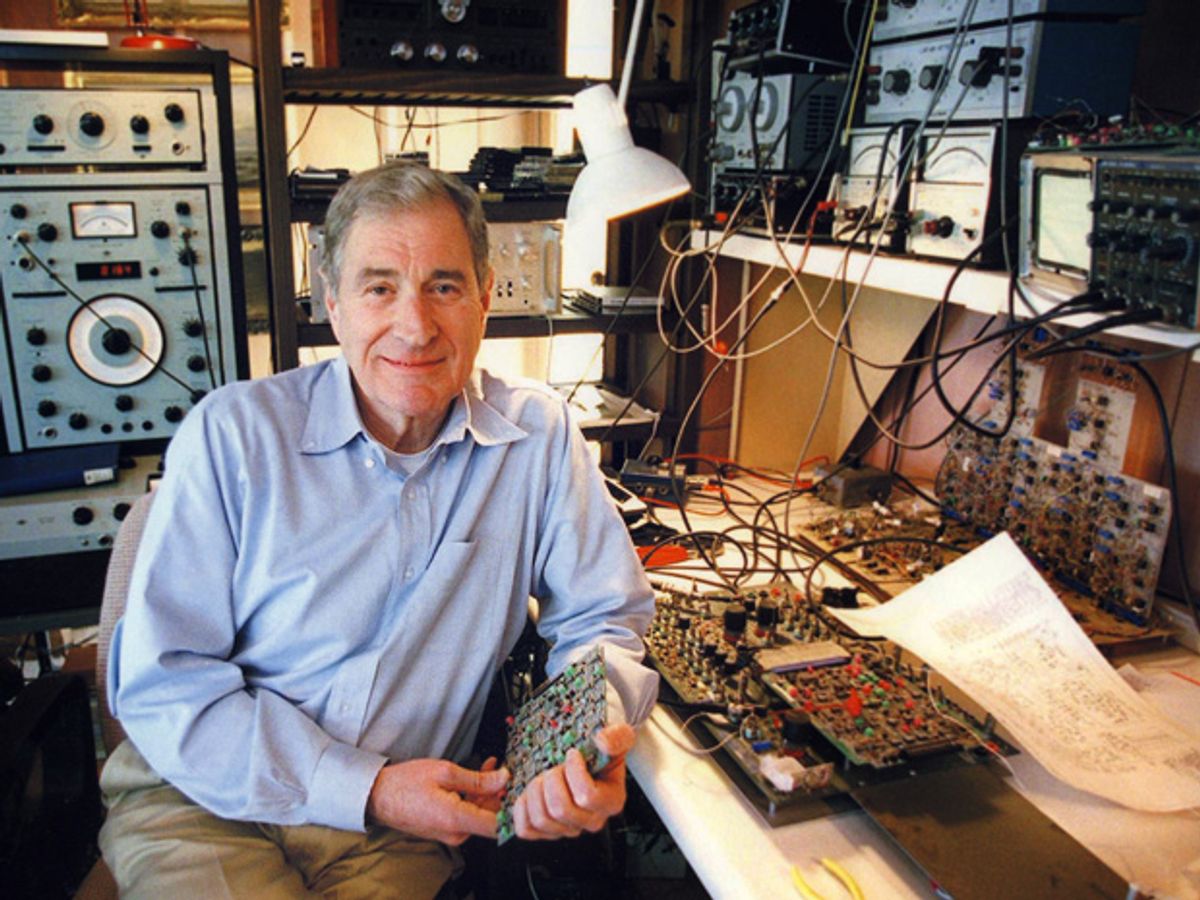 Ray Dolby, founder of Dolby Laboratories, died yesterday at age 80. He’s widely hailed as a pioneer in audio technology who revolutionized movie theater sound and took the hiss out of audiotape. Perhaps less well known are his contributions to video recording.

I was fortunate to spend several hours interviewing the brilliant and quiet but charming Dolby 25 years ago, at Dolby Laboratories in San Francisco. We talked about how his career in audio and video all got started. Here’s what I wrote then:

From “Ray Dolby: A Life in the Lab,” originally published in IEEE Spectrum, 25th Anniversary issue, 1988:

In 1949, Alex Poniatoff, founder of Ampex Corp., was sent a 16-year-old Redwood City, Calif., high-school student named Ray M. Dolby to run the movie projector for a meeting. Afterwards, Poniatoff demonstrated the company's newest audiotape recorder and asked the youth if he'd like to work for him during weekends and vacations.

Dolby had been tinkering with electronics since age 9—when he rigged up a Morse-code-type signaling system at his grandfather's farm—and he jumped at the chance. That started a career that has made his name a synonym for high-fidelity sound.

At Ampex, he helped develop a geophysical recorder, and after entering San Jose State College in California as an electrical engineering major in 1951, he continued to work at Ampex during his free time. Then, just before his sophomore year, Ampex started to develop a videotape recorder.

Dropping out of college, Dolby knew, would almost certainly mean a military draft during the Korean War, but "I had some ideas about how videotape recording should be done and I wanted to work on it," he recalls, so he took the chance. He was indeed drafted, on April 1, 1953, but "I had several months working on the videotape recorder, and we were able to lay down many of the basic parameters of the system, so it was worthwhile," he says.

It happened that Ampex was low on funds and put the videotape project on the shelf until late 1954. On Jan. 1, 1955, Dolby was out of the Army and back with the company. Concurrently with his work on the videorecorder, Dolby finished his BSEE degree at Stanford University in California. The recorder went into production late in 1956, and less than a year later Dolby went to Cambridge, England, where he earned a Ph.D. in physics, specializing in long-wavelength X-rays. His hobby of recording local musical groups with his Ampex 600 stereophonic tape recorder put him in high demand, because, he says, it was the only professional-quality recorder in Cambridge.

In 1965, after Dolby had spent two years with the United Nations Educational, Scientific and Cultural Organization in the Indian Punjab, he started Dolby Laboratories in the corner of a London dressmaking factory. He had $25,000 he had saved and borrowed, and four employees. The first products, which he marketed as "S/N (signal-to-noise) Stretchers," quickly came to be known as "Dolbys," much to his surprise—he does not mind, however, and says having his name recognized is sort of fun.

Today, Dolby Laboratories Inc. has some 350 employees with laboratories and production facilities in London and San Francisco. Just about every manufacturer of audio cassette recorders licenses Dolby noise reduction technology.

Dolby now goes to the office only once or twice a week, usually to pick up components from the storeroom. He prefers to work in the laboratory on the top floor of his San Francisco home. At 55, he has what he has always wanted: "A lab," he says, "in which I can mess around with my own ideas"—ideas that so far have netted him more than 50 patents.

In the 25 years since I wrote that profile, Dolby Laboratories became a public company, making Dolby a billionaire, and today has about 1500 employees. Besides those 50 patents, Dolby collected several Emmy’s, two Oscars, and a Grammy. He received the IEEE Edison medal in 2010 “For leadership and pioneering applications in audio recording and playback equipment for both professional and consumer electronics.”  For more on Dolby’s contributions to video recording, see “First-Hand: My Ten Years at Ampex and the Development of the Video Recorder”, an oral history by Fred Post at IEEE’s Global History Network.

The Mini-LED Is the Future of Big Displays

A Century Ago, the Optophone Allowed Blind People to Hear the Printed Word