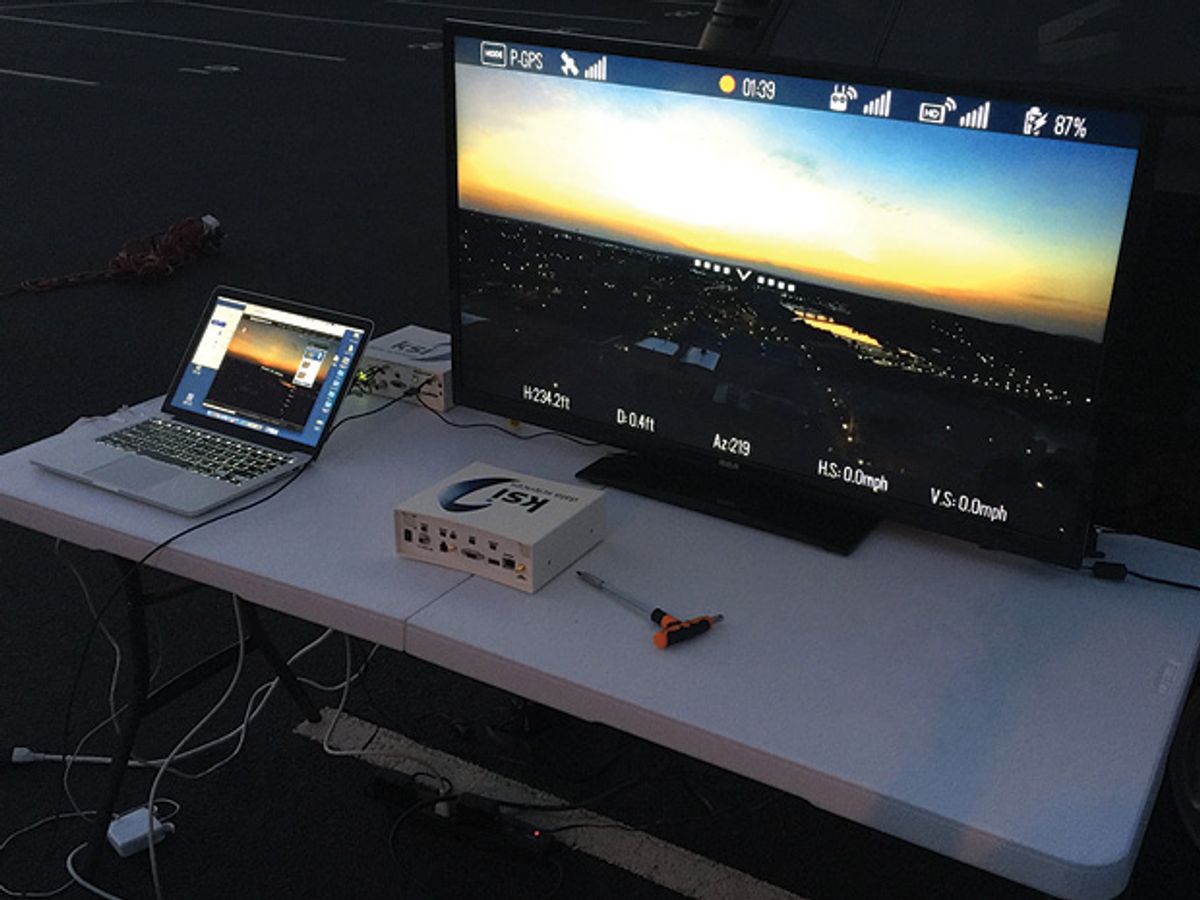 KSI Data Sciences, based in a former tobacco warehouse in Danville, Va., is unlike most drone startups. For one thing, this company is not designing robotic hardware or offering field services. Instead it’s doing something that is perhaps more important—figuring out how to handle the information collected by our robotic minions.

Funding: US $250,000 from the Launch Place plus other undisclosed amounts

Soon after the terrorist attacks of 9/11, Barton started a company called EchoStorm Worldwide, which helped the U.S. military manage video from the many drones being flown in Iraq and Afghanistan. In early 2012, two years after selling EchoStorm, Barton saw the need for something similar in the burgeoning world of commercial drones. He teamed up with Jon Gaster, who had worked in data management for the Hollywood film industry, to start KSI Data Sciences. Their vision was to create a system that didn’t require formal training, much less an engineering degree, to use. The result is a user interface to their cloud-based service that resembles someone’s Facebook page more than anything else.

KSI’s initial market targets include police, fire, and other first responders that use robotic vehicles in their work, along with utility companies that use such platforms to inspect their equipment remotely (KSI doesn’t limit its scope to aerial drones, working with terrestrial and submarine remote-controlled robots as well). KSI provides its MissionCaster box to which customers feed video and associated data, formatted according to either the military’s MISP (Motion Imagery Standards Profile [pdf]) protocol or to the MavLink [pdf] standard, which many small drones use to communicate with their ground-control stations.

KSI’s hardware uploads the video and data to the Internet over an LTE cellular network. At that point anyone with appropriate credentials can log into the system and view what the drone is surveying, while also having maps and other information important to gain situational awareness near at hand—all with only a few seconds’ delay.

Frank Gillett, an analyst with Forrester Research, says he hasn’t heard of other companies pursuing anything similar, but he’s not surprised to see this product and service come into being. “You want to be able to integrate the mobile sensor with other context,” he says. Those who benefit most from that ability are remote users, say a town’s fire and police chiefs, who from their offices can even open a video chat with the robotic vehicle’s operators. Think of KSI’s system as a GotoMeeting for drone operations.

Barton and Gaster are fully aware that their system could be valuable for more than just those supervising robots: Handling feeds from police dash- and bodycams leaps to mind. Today those videos are recorded rather than uploaded to the Internet in real time, but that could very well change in the next few years. Still, for the moment, KSI is focusing on robotic camera platforms, in part because that’s where this fledging company sees its strongest competitive advantage. It probably also has something to do with the fact that messing with robots is so much fun.

This article originally appeared in print as “Defying the Drone Data Deluge.”

How Robots Helped Out After the Surfside Condo Collapse