Private Spaceflight: Up, Up, and Away

This year, commercial spaceflight will really take off 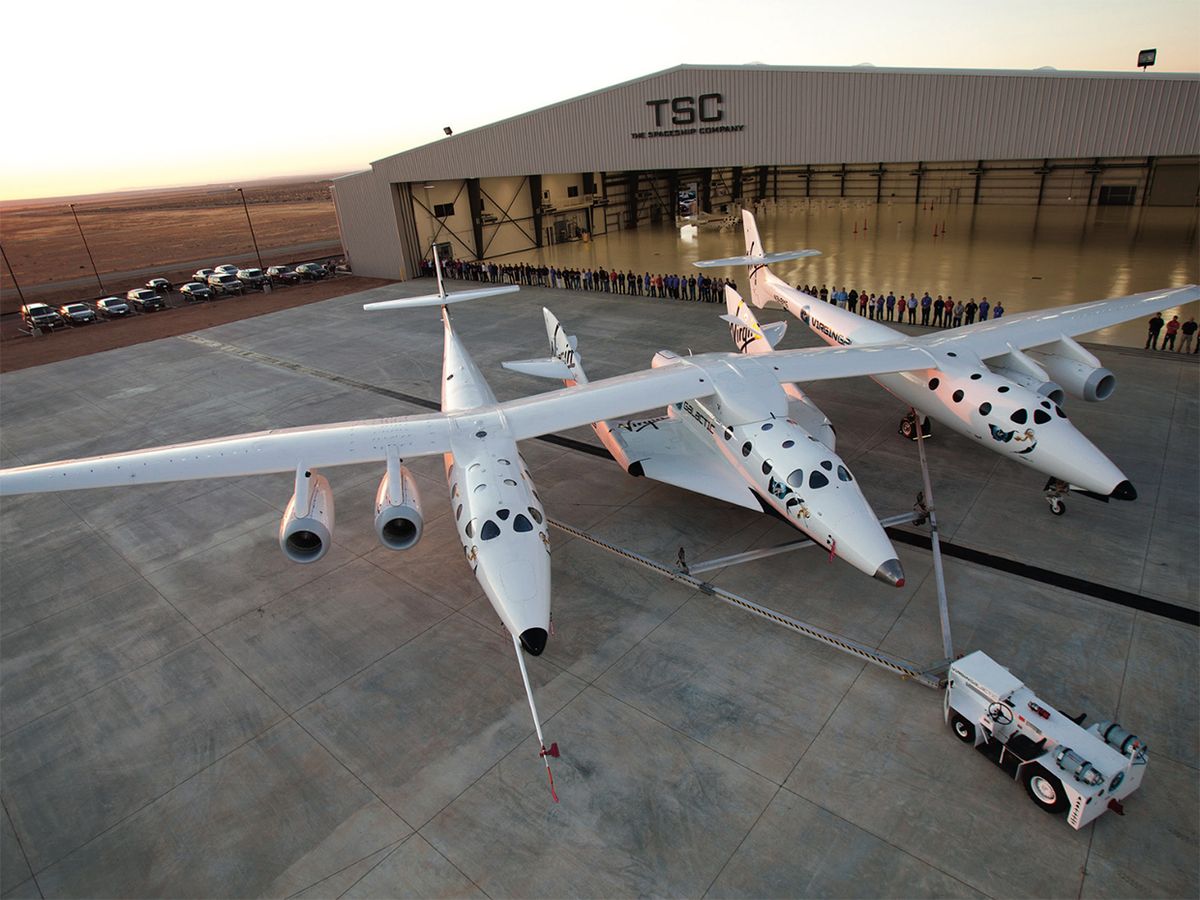 The 20th of February, 2012, will be the 50th anniversary of the first U.S. orbital manned spaceflight. To mark the occasion, retired pilot Craig Russell had an over-the-top idea: Reenact astronaut John Glenn’s mission, but do it with private funding and off-the-shelf technologies.

Ultimately, a lack of funding killed Russell’s dream, but don’t lose heart. Truth is, if you’ve got a more practical reason for putting a person in space, there’s never been a better time to try. Over the last decade, a broad advance in the commercial availability of aerospace technologies has allowed small private entities to attempt feats that once had been the monopoly of major governments.

In 2012 privately funded human spaceflight will advance from promises and one-off stunts to serious flight-testing of spaceships. Governments will be the biggest customers, with unmanned systems possibly docking with the International Space Station (ISS) this year and perhaps eventually taking the place of the retired U.S. space shuttles. Meanwhile, spacecraft designed to give well-heeled tourists a thrill will be firing up their rockets, letting their passengers enjoy a few minutes of weightlessness, and gliding in for landings.

Indeed, this could be the year that spaceflight moves beyond the 1960s inspirational phrase “man in space” toward a more inclusive one: “Any man or woman in space.”

In spaceflight, as in many other fields, there’s an advantage to being first. Virgin Galactic has that advantage. Its SpaceShipTwo is the roomier follow-up to the craft that won the Ansari X-Prize in 2004 for crossing the legal boundary of space (100 kilometers). The British company has already sold nearly 500 tickets at US $200 000 apiece, and it opened a spaceport this past October in New Mexico.

In 2012, “our hope, our plan, is to do powered flight tests, and if things go well, we have a shot of getting into space,” says CEO George T. Whitesides. Using the large WhiteKnightTwo aircraft as a carrier, the rocket plane has already begun unpowered drop tests from its development base in Mojave, Calif. And it recently concluded ground-based engine burns that were nearly long enough to put a vehicle into space. Full-duration burns will last between 60 and 70 seconds during an ascent that involves a little less than 4 g’s of acceleration.

Actual test flights will be made in small steps, Whitesides says. Turning the engine on and off will be a first step, followed by a 10-second burn, a 20-second burn, and so forth. When asked how many test flights there would be before the first tourists fly, he laughed, saying, “As many as you need.”

The other tourist spaceship that is expected to get airborne in 2012 is the Lynx rocket plane from Xcor Aerospace, in Mojave. Its concept is less grandiose than SpaceShipTwo’s, with a single passenger sitting in a cockpit next to a single pilot and with initial flights to altitudes of just over 60 kilometers. Company spokesman Mike Massee says the rocket plane’s propulsion system was designed for speedy testing and will eventually allow for two flights per day using a single ground crew.

You can also expect to hear more about Amazon.com founder Jeff Bezos’s secretive spaceflight company, Blue Origin, based in Kent, Wash. Little was known about its spacecraft, New Shepard, which takes off and lands vertically, until an unmanned supersonic test flight this past summer ended in an emergency engine shutdown and the crash-and-burn loss of the vehicle. Another craft from the company is expected to fly this year and at some point could carry one or more test pilots. While it’s unknown what altitude pilots will be aiming for, breaking the 100-km barrier is the likely goal for selling seats to passengers.

Up and down isn’t the only human spaceflight game in town. The more important work, from a commercial and scientific perspective, is orbital flight. And that arena, too, could pass real milestones this year. Some suborbital tourist firms have dreams of eventual orbital flight, but others are going straight for it.

In terms of spacecraft engineering, the step from short suborbital missions to orbital flight is about two orders of magnitude of energy, vehicle stress, and general complexity. Private ticket prices reflect that: Initial suborbital SpaceShipTwo prices start at $200 000, while space tourist trips to the ISS in a Soyuz have ranged from $20 million to $40 million.

NASA hopes that at least one corporate team will succeed in developing an Earth-to-orbit “space taxi” in the next few years, so it can stop paying Russia $65 million per seat on Soyuz vehicles. If the price is low enough, that same operator could someday also sell tickets to other orbital destinations, should there ever be any—and some are under consideration. But at recent hearings in Washington, D.C., some U.S. congressmen expressed serious skepticism about whether a private market for such flights would ever evolve while the ticket prices remain in the multimillion-dollar range.

That’s why SpaceX’s Dragon flights this year are so important. The firm, based in Hawthorne, Calif., plans two unmanned resupply runs to the ISS. If successful, these cargo flights will help establish a track record that could eventually lead NASA to approve a SpaceX craft for manned flights. Before that happens, though, SpaceX needs to finish developing and testing its launch escape system.

Two other orbital projects in the works include a shuttle-shaped craft built by Sierra Nevada Corp. that repurposes a surplus Soviet-era design, and a modernized version of the Apollo capsule from Boeing. Sierra Nevada’s Dream Chaser will be tested in the second half of the year. It will be carried to altitude and dropped by Virgin Galactic’s WhiteKnightTwo, and it will then glide under autopilot and land itself. Future flights could be flown by test pilots, but Sierra Nevada has not been forthcoming. These tests, say experts, should help dispel persistent concerns among some spaceflight professionals about the design’s controllability. Boeing’s craft, the CST-100 (for Crew Space Transportation), is further from flight-testing.

Little is known about the spacecraft from Excalibur Almaz, except that it’s based on a Soviet manned vehicle, with modernized innards, and is launched by a commercial booster. Company official Arthur Dula states that it “could provide a crew vehicle two years earlier than the current NASA plans.” The company, headquartered on the Isle of Man, recently inked a development agreement with NASA and will spend 2012 on design and safety reviews, not flight-testing.

Harsh reality will eventually sort out the winners from the losers, but for now the field of contestants is satisfyingly broad, as they exploit combinations of classic, proven ideas with bold new innovations. Successes and failures are likely to be spectacular, as the competing projects attempt to push open a wider way for human access to space. Expect a sky full of excitement this year.

This article originally appeared in print as “Up, Up, and Away.”

James Oberg, worked as an aerospace engineer at NASA for 22 years. He switched to journalism in the late 1990s and now makes his living reporting on space for such outlets as Popular Science, NBC News, and of course, Spectrum.

James Oberg is a retired "rocket scientist" in Texas, after a 20+ year career in NASA Mission Control and subsequently an on-air space consultant for ABC News and then NBC News. The author of a dozen books and hundreds of magazine articles on the past, present, and potential future of space exploration, he has reported from space launch and operations centers across the United States and Russia and North Korea.