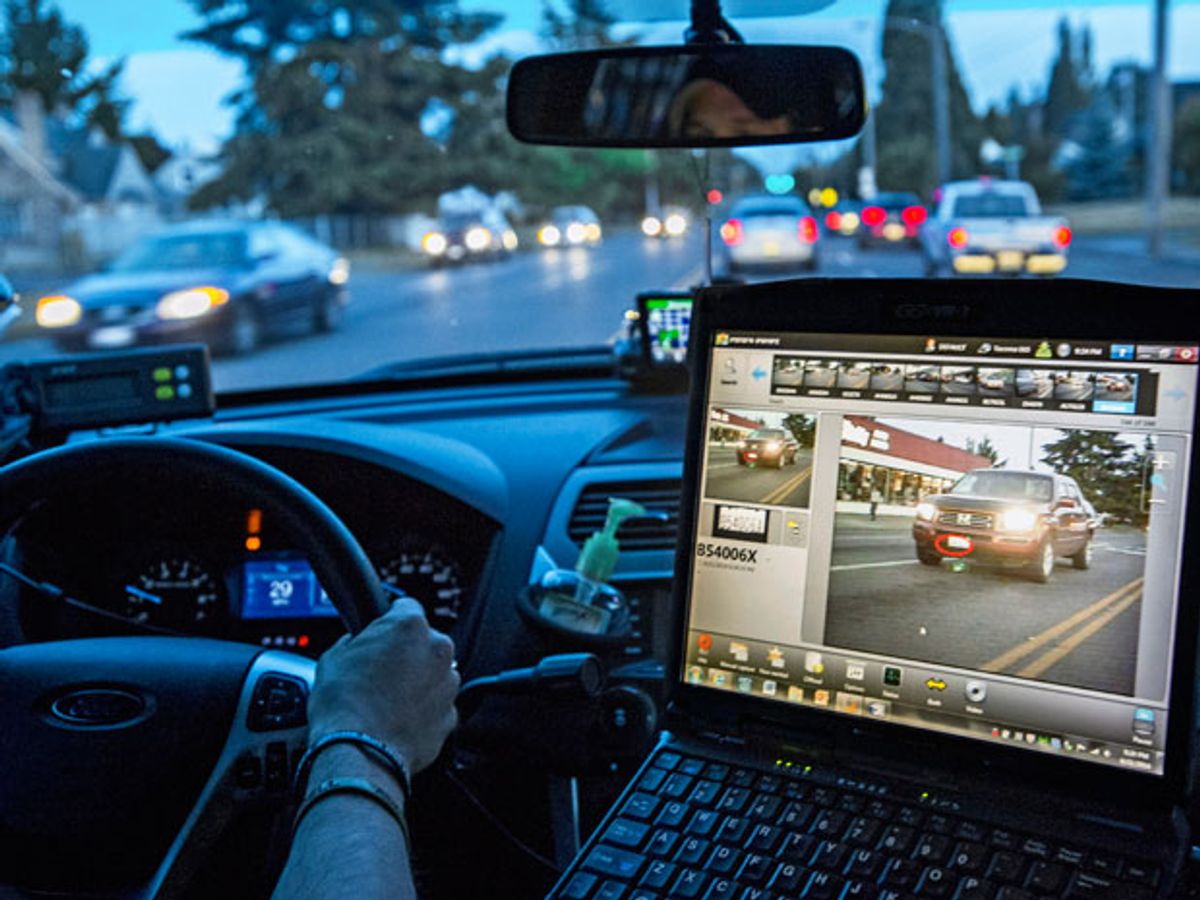 Your local U.S. police department has likely already turned to surveillance cameras that can automatically read all visible license plates on passing cars. Such license plate readers can do more than help find stolen vehicles or robbers' getaway cars—they have begun to transform law enforcement by allowing officers to home in on criminal hideouts by tracking crime patterns over time. But that powerful capability goes hand-in-hand with worries about the privacy of ordinary, law-abiding citizens as police departments store license plate and location information for longer periods of time.

As many as 70 percent of local U.S. police departments already use license plate reader systems, according to a new RAND report. The technology first pioneered by the UK in the 1990s to fight Irish Republican Army terrorism has since become popular among U.S. law enforcement, mainly for the purpose of tracking down stolen vehicles. Yet police departments are discovering that the technology, combined with growing license plate databases, can also rapidly identify suspect vehicles in the vicinity of a crime or help figure out the centers of criminal activity such as "chop shops" dealing in stolen vehicles.

"License plate readers are a relatively new technology that can be used to help investigate almost any type of crime," said Keith Gierlack, researcher at RAND and lead author on the study, in a press release. "But there are important issues, particularly about privacy, that must be addressed before this tool can reach its full potential."

The systems use both infrared and visible-light cameras to scan surrounding areas for license plates on passing cars, as well as character recognition software that can read and identify the plates. Such systems can then compare license plate information with a "hotlist" of plates related to criminal activity to determine if it should send an alert to a human police officer along with a photo of the suspect vehicle.

Having an automated system has acted as a "force multiplier" by allowing individual police officers to effectively do the sleuthing work of dozens. One police officer in Montgomery County, Md. used the license plate reader technology to scan more than 48,000 vehicles in 96-hour periods across 27 days, enabling the officer to issue 255 traffic citations, identify 26 drivers with suspended licenses, catch 16 vehicle-emissions violators, find four stolen vehicles, and identify one expired license plate.

Certain U.S. cities that have deployed license plate readers as part of their surveillance camera systems have also improved their crime-fighting stats. For instance, New York City made 31 percent more arrests for grand larceny auto in the first quarter of 2011 compared to the same period in 2010. Sacramento, California credits the technology with helping the city drop to number 13 from number 6 in per capita auto theft nationally.

License plate readers don't come cheap at a cost of US $10,000 to $25,000 per vehicle-mounted unit, or up to $100,000 for bridge mounted fixed sites. Police departments must also have the computer servers and other IT infrastructure to support the database "hotlists" of license plates. The systems also have limitations based on how often databases get updated and how long police departments hold onto license plate information. Misidentifications can occur with identical license plate numbers for vehicles from different states—a problem in particular with vanity license plates.

Such a powerful tracking tool that relies on building a database of license plates over time—many of which belong to law-abiding citizens—has naturally raised concerns about violations of individual privacy. Police departments could theoretically track the driving patterns and habits of non-criminal motorists.

The Fourth Amendment that protects "the security of one’s privacy against arbitrary intrusion of the police" should theoretically cover concerns about license plate readers. But U.S. Supreme Court decisions about individual rights to privacy based on location have either been conflicting or left key issues unresolved. The RAND report suggests that Fourth Amendment-based lawsuits challenging the technology's usage seem "inevitable" in the near future.