Should we try for great leaps over incremental advances? 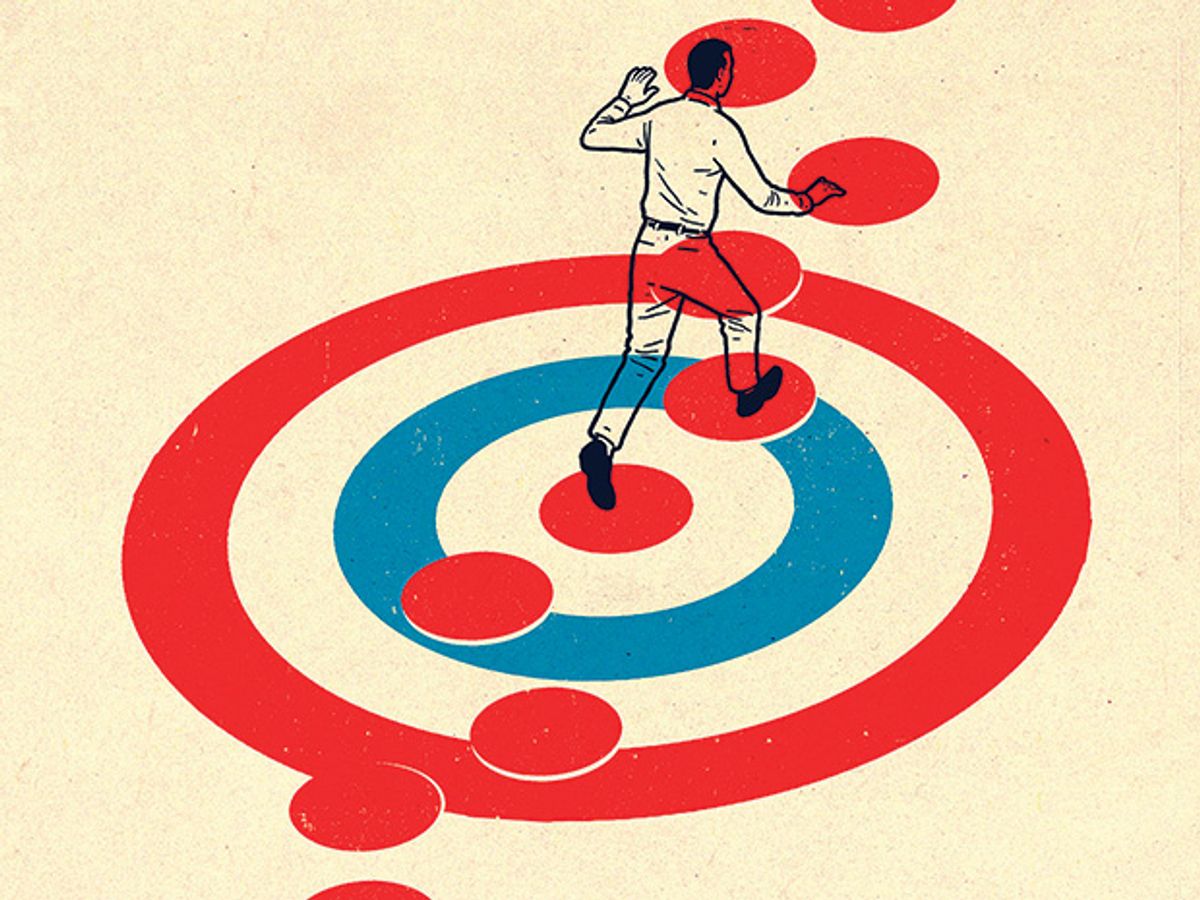 Kenneth O. Stanley and Joel Lehman have recently published a book titled Why Greatness Cannot Be Planned: The Myth of the Objective (Springer, 2015), in which they claim that setting objectives for a project can be self-defeating.

They have been motivated to reach this conclusion through experience with an image-morphing website, Picbreeder.org, where users can “breed” new images by successive selection from mutations of earlier images. By this selective process, users starting with random blobs have produced a number of images that strikingly resemble real objects or faces. However, these images are never generated by setting out with the objective of producing a particular image. For example, someone discovers an image that looks very much like a car, but that image doesn’t come about by starting with the most “carlike” image possible. Instead, it might be found by further breeding of another user’s image that happens to look a little like a car, even though the user who generated that image had something else in mind entirely.

Stanley and Lehman go on to argue that, as a general principle in engineering and life itself, greatness cannot be achieved by making incremental progress toward preselected objectives. While I am frankly skeptical of this principle, it is one well worth examining, since our entire engineering culture and environment is based on the setting and achievement of objectives. In education and practice, engineers are problem solvers, and in the obtaining of funding and support it is always necessary to make proposals based on concrete goals.

It also seems to me that most, if not all, of those achievements that we consider the greatest of engineering have been made through the seeking of established objectives. Marconi set out to invent radio, and the inventors of the transistor explicitly sought to invent a solid-state amplifier that could replace vacuum tubes in the telephone network. Jack Kilby set out to implement the first integrated circuit to resolve some very specific problems, and then Gordon Moore established an overriding objective that has guided further development of large-scale integration for more than half a century. The Internet was created under the contracts and program guidance of the Advanced Research Projects Agency (ARPA).

However, the arguments that Stanley and Lehman make are more nuanced than their declarative title might indicate. I am especially interested in their description of greatness as being achieved through a series of stepping-stones, or branch points, none of which—until the end—resemble the final product. This has certainly been true of the image evolution in Picbreeder, but it’s also probably the case in great inventions if we look at a longer time frame. For example, at the time that ARPA began developing the Internet, the stepping-stones were already in place: Integrated circuits had enabled computers, and previous studies had proposed packet-switched computer networks. The end product was in sight.

In my own experience as a research manager, I have often felt that the projects with the least-obvious prospects for success were those for which more stepping-stones were needed for achievement of their ambitious goals. In such cases, it may be indeed true that setting objectives is self-defeating.

Stanley and Lehman argue that instead of setting objectives we should seek novelty and simply look to collecting stepping-stones that may be useful to others. Perhaps the researchers in those projects I regarded as unsuccessful did that.

I’m still thinking about all this.